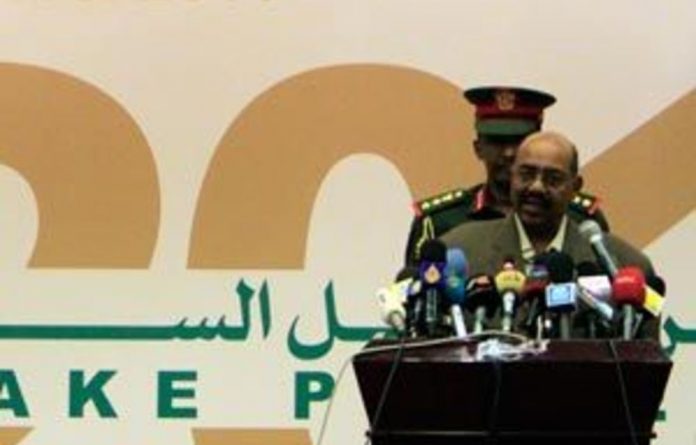 Global leaders are voicing mounting concerns over votes that could force the break-up of Africa’s biggest nation, Sudan, and possibly send new shockwaves across one of the world’s most troubled regions.

Fears that oil-rich southern Sudan could unilaterally breakaway from the north, sparking a new conflict, have been insistently raised on the sidelines of a UN summit this week where US President Barack Obama and other government leaders are to hold a special meeting on Sudan on Friday.

UN Secretary General Ban Ki-moon has called Sudan one of his “top priorities”.

He told Agence France-Presse in an interview that the outcome of the votes “will be critically important for peace and security in the region”.

Self-determination votes in southern Sudan and the small region of Abyei are currently slated for January 9. They are part of a 2005 peace accord that ended two decades of civil war in the south in which two million people died.

According to diplomats and UN officials, preparations are hopelessly behind schedule, however.

Voter registration has not started and now could not be ready on time for a January 9 vote, according to diplomatic sources. There is not even a north-south border.

Some diplomats suspect President Omar al-Bashir has been deliberately dragging his feet over the referendums.

“I came away from the last Security Council briefing very worried about what is going to happen,” one UN ambassador said, speaking on condition of anonymity.

The UN Security Council this month called on the north and south to take “urgent action” to make sure the votes are held peacefully and on time.

The United States, Britain and Norway last week sent a letter to Sudanese leaders urging them to make sure the referendum date is kept.

The US has put a huge amount of diplomatic energy into its campaign.

US Secretary of State Hillary Clinton met on Tuesday with Sudan’s Vice-President, Ali Osman Taha, in New York and the White House said that Obama will send a “forceful message” to the Sudanese at Friday’s UN meeting when a communiqué will be released.

Sudan’s importance as an oil producer, especially supplying China, its strategic position in Africa near Somalia and the Democratic Republic of Congo, the Darfur conflict in western Sudan, and the past North-South civil war has focused worries about the events.

There are particular fears that the south’s Sudan People’s Liberation Movement could declare unilateral independence if the referendum is significantly delayed.

‘Nothing is inevitable’
Some Western nations have already said they would recognise a new southern Sudan, diplomats said. But they have also highlighted a strong risk of conflict.

UN officials say privately, however, that they expect the referendum could be “messy” and “delayed” but that there are signs that Khartoum is already resigned to losing the south and neither side wants a new war.

“Nothing is inevitable, but most close observers of Sudan would surmise that in a credible referendum process that reflects the will of the southern Sudanese people, that they would opt for independence,” said a US official.

“They may not. We will respect their will and the outcome and we need to prepare for both.”

The US official, speaking on condition of anonymity, said there is a wide range of pressure that can be put on Khartoum if the votes are delayed.

“The US has a comprehensive regime of sanctions already in place against Sudan and there are opportunities for intensifying that.

“There are certainly also opportunities for others in the international community to raise their level of pressure to something more comparable to ours.

“But at this stage we are not interested in idle threats, we are interested in encouraging the parties to do what is in their interest and what they have committed to do. The onus is on them.”

Zachary Vertin, an analyst on the region for the International Crisis Group, also doubted there would be a new civil war.

“There is an enormous amount of work to be done if this is to be ready on time. There is a fear and potential for conflict but I don’t think either side wants conflict. They know there are a lot of risks,” the Nairobi-based analyst said. — Sapa-AFP