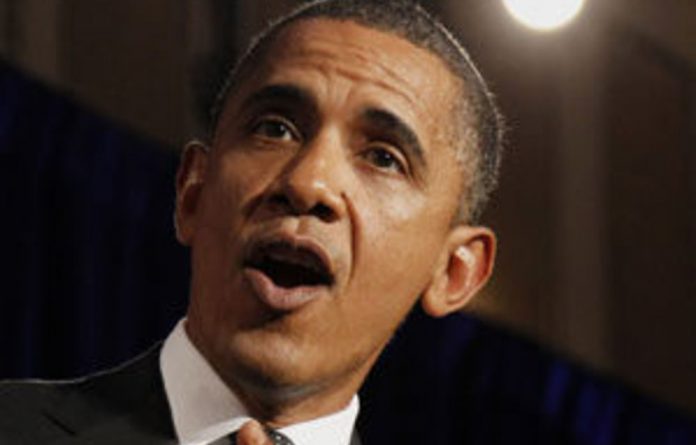 US President Barack Obama is to make a plea at the United Nations on Thursday for international support for the Middle East peace process, urging world leaders to make sure “this time is different” from previous failed efforts.

Obama is to urge opponents of Israel and the Palestinians to look beyond decades of mistrust and bloodshed and to resist pessimism in support of talks between the parties aimed at creating a Palestinian state living along side Israel in peace and security.

In addition to Obama, the leaders of China, Iran and Turkey will take a turn at centre stage at the United Nations on Thursday amid global disputes over currency rates and nuclear proliferation.

Obama will take the podium at the United Nations to deliver a global message at a time when Americans are fixated by the sluggish US economy ahead of November 2 congressional elections, in which voters are expected to punish his Democrats and reward Republicans.

In excerpts of his address to the UN General Assembly released by the White House, Obama will specifically urge countries that have pledged support for the Palestinians to meet their obligations for both political and financial support and “must stop trying to tear Israel down”.

“Many in this hall count themselves as friends of the Palestinians. But these pledges must now be supported by deeds,” he will say, according to excerpts of the speech, scheduled for 2pm GMT.

The United States is trying to keep direct talks brokered by Obama between Israel and the Palestinians on track.

But Israel’s refusal so far to extend a moratorium on settlements in the occupied West Bank has put the process at risk, with the Palestinians threatening to quit the negotiations if settlement construction resumes when the partial moratorium expires on September 30.

Israeli Prime Minister Benjamin Netanyahu, whose coalition government is dominated by pro-settler parties, has said he will not extend the construction moratorium but could limit the scope of further building in some settlements.

Obama, who brought the two sides together in Washington on September 2 to restart direct talks after a 20-month hiatus, will spell out in his speech that Arab friends of the Palestinians must show Israel how much it has to gain from seeking peace.

“Those who have signed on to the Arab Peace Initiative should seize this opportunity to make it real by describing and demonstrating the normalisation that it promises Israel,” he will tell the United Nations, while urging Arab nations to offer tangible support to the Palestinian Authority.

“Those who speak out for Palestinian self-government should help the Palestinian Authority with political and financial support,” he will say.

Obama will also call on all nations with an interest in Middle East peace to get behind the effort and resist “rejectionists on both sides” who will seek to disrupt the process “with bitter words and with bombs”.

Middle East peace could be delayed again, he said, “Or, we can say that this time will be different — that this time we will not let terror, or turbulence, or posturing, or petty politics stand in the way.”

Welcome break
For Obama, the appearance at the annual UN General Assembly may offer some respite from his domestic woes as he speaks to an audience still charmed by the change in US foreign policy from his predecessor, George Bush.

With US voters frustrated by high unemployment and the Republicans threatening to wrest control of Congress from his fellow Democrats, Obama may find a more sympathetic audience among the 192 UN member-states gathered at the meeting.

Many countries have welcomed his newly launched effort to resolve the Israeli-Palestinian conflict within a year and his openness to engaging nations as varied as Iran and Burma.

However, despite the change in tone from the Bush years, Obama has made no tangible progress in persuading Iran or North Korea to rein in their nuclear programmes and he remains at loggerheads with China over the value of its currency.

Obama on Monday said China had not done enough to raise the yuan’s value, keeping up Washington’s tough rhetoric on Chinese policy as US lawmakers prepare to vote — perhaps as early as next week — on legislation to punish Beijing.

Critics inside and outside Congress say China deliberately undervalues its currency by as much as 25% to 40% to give Chinese companies an unfair trade advantage, hurting US exports and aggravating US unemployment.

The issue has gained broader US political support ahead of the November elections in which the Republicans are expected to make gains in the House of Representatives and in the Senate, possibly winning control of one or both chambers.

The currency dispute may complicate Obama’s diplomacy on Iran, where he sought — and secured — Chinese support for a fourth UN sanctions resolution on the Islamic republic for its failure to cease its suspected nuclear work.

The United States accuses Iran of seeking to develop nuclear weapons. Iran denies this, saying its nuclear programme is solely for peaceful purposes.

Chinese Premier Wen Jiabao speaks on Thursday morning while Iranian President Mahmoud Ahmadinejad will make his remarks — which often blend flowery, religious rhetoric with defiance of the West and attacks on Israel — after lunch. – Reuters