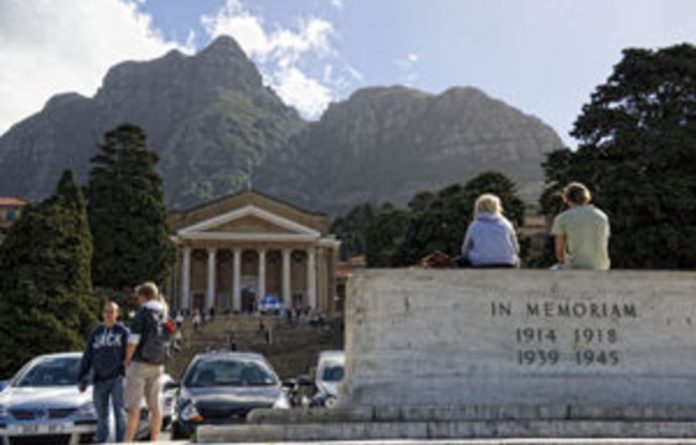 Last week The Times Higher Education world university rankings were released, placing the University of Cape Town at number 107 in the world. We are delighted at this achievement, but what does it actually mean and should we pay any attention to rankings?

All ranking systems have flaws and biases. This new system uses a combination of 13 criteria weighted in a particular way, which have not been used before: they place a major emphasis on research productivity and impact, the ability to attract research grants, the quality of staffing, internationalisation and perceptions of the quality of our graduates by the international community.

UCT does well on this globally and in relation to Africa (there are no other universities from the continent in the top 200) because of this particular bias, which happens to coincide with a core element of UCT’s mission, namely to be a research-led university. It also favours universities that aim to have strong international links at staff and student levels. This aligns with another element of UCT’s mission — to be a hub connecting Africa to the rest of the world.

For example, in the South African context, where we take in a lot of under-prepared students and have to allocate resources to bridging the gap between inadequate schooling and the high standards of a leading university, a focus on the rankings might divert resources away from spending on improving access and improving success because there are no criteria that measure those.

Social responsiveness — that is, ensuring the university addresses the major social challenges of the society in which it is based and engaging with the communities in which it is located — is another sphere of university business, which generally does not get measured in the ranking systems. Yet universities in South Africa, including UCT, devote significant resources to such activities. These are critical goals for UCT and South Africa.

In European universities these resources could have been focused on research; at UCT they have to be diverted to academic development and social responsiveness programmes. This makes it all the more remarkable that we have made it to this position, but explains why there are very few developing-country universities in the top 200.

A further critique of the ranking systems is that they are designed to say who is better than who, rather than how good you are and whether you have improved or regressed. For example, UCT could be 107 this year, and make significant improvements such as recruiting more post-doctoral scholars and leading international scientists, increasing further its research articles and so on.

But if the university at position 110 has improved slightly more than UCT, then UCT will drop — though this will not reflect any deterioration. A better system would be to have categories — such as five-star, four-star ratings — with no limit on how many universities may qualify for five-star rating if they meet the top-notch criteria.

Still, we cannot ignore the rankings because, for all their flaws, people the world over pay attention to them. This can be turned to the advantage of the university and the country. The university benefits because, for all its flaws, prospective students and staff the world over use the rankings to decide where they wish to study and advance their academic careers. Many of the top international staff we interview say they are applying to UCT because of its globally competitive position in the rankings. The same applies to students and post-doctoral fellows.

Risk of brain drain
Moreover, our own highly talented staff are in hot demand internationally and the threat of the brain drain is the greatest risk a university like UCT faces. We are in the position we are because of the high-quality academic staff we have and their retention is always a touch-and-go issue. Conditions of work in South Africa are not always globally competitive: teaching loads are heavier, salaries are lower and costly research equipment is less available. To keep top academics under these circumstances, they need to feel they are at the centre, not on the margins of the global academic community. Being globally competitive and being seen to be such helps with retention as well as attraction. So good performance in rankings is not only a measure of some dimensions of what we do, it is also an instrument to improve further.

Having universities that rank globally (Wits and KwaZulu-Natal rank in the top 500 on two other ranking systems) also benefits the country as a whole. We would like to think that the message going out to the world, to academics and business people who are contemplating studying or investing in South Africa is that the country has a higher-education system that is globally competitive. South Africa’s own inhabitants, as well as people who come to live and work here from abroad, often worry about the quality of education that they can offer their children within the country — in fact many send their children overseas to study — and we lose some of the brightest students who often don’t return.

Our good performance in the rankings sends the message that they can get a world-class education at home. It is a bit like organising a successful World Cup in terms of internal confidence and external perceptions.

There is a message for government here: higher-education policy must permit differentiation — not all universities should be doing the same thing. Some must focus on local rural and development issues; some must produce highly competent technical and engineering staff to feed the desperate shortages in the manufacturing and construction sectors; some must train managers and professionals; and some must do leading research to train the next generation of academics with PhDs.

These are not mutually exclusive, but they are different emphases and need different funding strategies. They also need to recognise that when competing in a global playing field for quality graduates and research, this is going to be much more expensive for each student and staff member (need to offer globally competitive salaries). The current higher-education formula does not do this and there is a risk that any redesign of the formula that focuses more on the underperforming universities without bringing in more resources into the sector will undermine the gains that have been made by the handful of South African universities that are global players.

Credit where it is due
To give credit where it is due, all the evidence suggests that the two ministers concerned here — Blade Nzimande in higher education and Naledi Pandor in science and technology (plus, of course the treasury) — do understand the importance of strengthening research and postgraduate studies. The South African Research Chairs initiative of the department of science and technology has resulted in the establishment of 27 new chairs at UCT at more globally competitive salaries, which is a major contributor to the universities’ research output.

Funding a top university, given equal funding from government for teaching, unfortunately also means higher fees — there is no other source of funding for a university. To do what UCT has achieved costs more than the average. We pay our academic staff in the top quartile of university staff nationally. We have lower student-staff ratios with more time for research. We spend a lot on research equipment and materials. This is why UCT’s fees are higher than other universities and improvement requires further increases.

We have put in place financial aid systems to protect poor students from fee increases — up to now, no students who qualify academically to come to UCT have been turned away for financial reasons. But provided we can protect access for the poor, we must be allowed to determine our own fee increases and it must be recognised that maintaining our global position is costly. We believe the returns to the students at UCT, to the production of knowledge for local and global benefit, and to the benefit to the country justifies this.