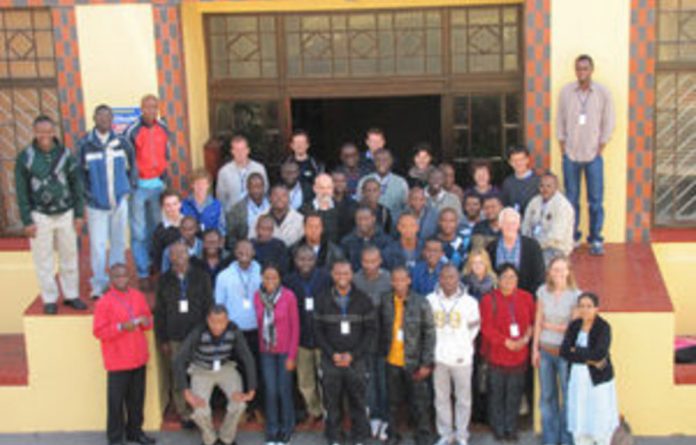 There are exciting emerging opportunities for increasing scientific engagements with African researchers and the conditions are becoming optimal for the production of more quality scientific outputs from Africa.

In the past, the primary mode of scientific engagement with Africa involved African students and researchers travelling abroad, mainly to the West, for education and training, and for collaborations especially at laboratories involving highly specialised equipment and facilities. Today the mode of interaction is shifting toward visits, regional workshops and meetings in Africa that involve, once again, mainly Western scientists travelling to Africa to share their knowledge and experiences.

An important outcome from this is the involvement of more Africans in scientific activities in Africa, with an increase in intra-African mobility and collaborations. More African scientists are now beginning to talk with one another on scientific problems of mutual interest. This has the potential to help break down international barriers within Africa, with an impact on strengthening democratic ideals, and with improvements in research, education, and economic and social development.

The inaugural African School on Electronic Structure Methods and Applications (Asesma), at the African Institute for Mathematical Sciences (Aims) in Muizenberg, Cape Town, concluded at the end of July. It had a number of novel features that bode very well for future African interactions that could serve as a model for scientific initiatives in the future.

The school focused on the theoretical and computational studies of materials. Developments of new theoretical methods, algorithms and widely available codes have brought a new era in computational materials science. This is a field of active research today because it is making possible new understanding and abilities to predict properties of materials. Because of the advent of faster, cheaper computers, new algorithms and open-source software, there is a worldwide community of scientists developing new methods and carrying out research on important materials problems. With improving networking infrastructure, it has now become viable for African researchers to join in on this exciting international research effort.

If Africa is to add more value to its vast reserves of precious minerals, then there must be a significant alignment of resources to help establish an internationally credible materials research community in Africa. We need to move away from simply hauling rocks from deep underground and exporting them to far-flung places. African scientists need to take a more fundamental approach to understanding material systems with the view to exploiting materials properties for new technical applications. This is the basis for growing our materials industry in Africa, with unlimited possibilities for innovation and ultimately for economic wellbeing and development.

A very wide range of international organisations sponsored the school. The primary sponsor was the International Union for Pure and Applied Physics (IUPAP) Commission on Physics for Development with endorsements from three other IUPAP commissions. In addition, the International Centre for Theoretical Physics in Trieste, Italy, provided financial and administrative support. The National Institute for Theoretical Physics invested substantial funds in the school, and the National Research Foundation also sponsored the event. The South African Institute of Physics provided administrative support. The Materials Computation Centre at the University of Illinois, United States, paid for the travel expenses for some of the American visitors.

The International Centre for Materials Research at Santa Barbara in California sponsored the involvement of tutors who are postdoctoral fellows working in the United States. The University of the Witwatersrand offered a bursary for postgraduate studies at Wits to the best performing participant at the school. The scientific software, which was developed at Democratis and the International School for Advanced Studies in Italy, is freely available to all scientists, and some of the original developers of the code delivered lectures at the school. Without this large multi-national effort, the school would not have been possible.

There were more than 150 applicants for the school. In the end, 45 participants were chosen based on high academic criteria. Many of the participants were PhD students in an advanced stage of their studies; others were young faculty members, many of whom are in the process of setting up their own research groups and supervising research students at their home institutions. The school paid for their travel, accommodation and meals for the two-week period.

Aims provided a fantastic venue and backdrop for the hosting of Asesma. The accommodation, catering, lecturing and computing facilities are excellent. It was recently announced that the Canadian government has donated Canadian $20-million for the establishment of a network of Aims centres in Africa, which will include Ghana, Nigeria, Senegal, Ethiopia and South Africa. This is excellent news for developing Asesma for the future, because the school is conceived as a biennial series that will move through Africa over the course of the next 10 years.

Some of the most notable experts in the field from Asia, Europe and North America delivered lectures at the school. There were hands-on sessions at computer workstations based on the computational studies of real material systems, and here the tutors were especially helpful, often working with the participants late into the night.

By the end of the school, all participants had had the opportunity to run calculations over the network on the Blue Gene supercomputer housed at the Council for Scientific and Industrial Research’s (CSIR) Centre for High Performance Computing in Rosebank. IBM donated a machine specifically for African collaborations and Asesma could well be the first truly African-wide collaboration to emerge from this acquisition. This way, the participants have a real opportunity to continue with their computational studies over the internet well after they have returned to their home countries.

Networking (of the human kind) and continuing with the work and projects post-school are now critical issues. A monthly electronic newsletter has been launched; a website has been created that includes a portrait gallery; and a Facebook page has been set up which is, not surprisingly, very popular with the younger participants! It is planned that the participants will jointly write a journal article based on the computations that they have performed and are continuing with post-school.

Creating an internationally credible computational materials science community in Africa is within our reach. The consequences of this will be extremely important for the development of science in Africa. Several African countries have made a bid to host the 2012 school, and the finalist will be announced shortly.

The school is overseen by a very illustrious international advisory panel, which includes two Nobel laureates and is chaired by Professor Richard Martin from the University of Illinois and Stanford University. The international panel comprises about 30 members drawn from countries across the globe.

In my experience, there is an incredible amount of goodwill shown by foreign scientists to help make science work more optimally in Africa. What we have been missing are credible projects that bring African scientists together to work on problems of relevance to Africa; Asesma is only one of a growing number of African-wide projects that are helping turn this tide.

Nithaya Chetty is an associate professor of physics at the University of Pretoria. He served on the local organising committee for the African School of Electronic Structure Methods and Applications