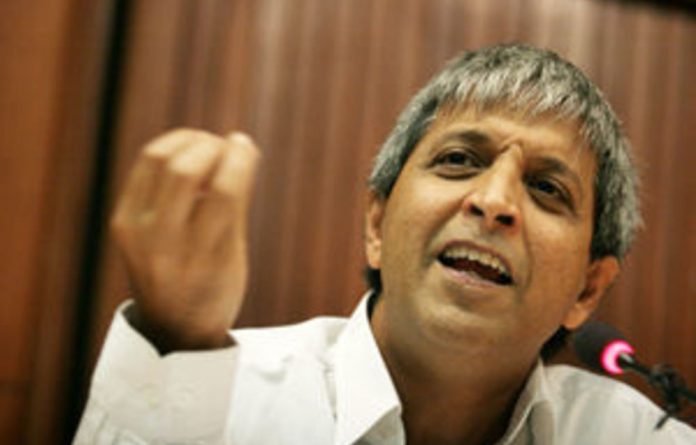 Major South African universities began looking into their own ties with Israeli universities within hours of the University of Johannesburg’s (UJ) decision on Wednesday night to terminate its links with Ben-Gurion University unless it fulfils, within six months, two conditions UJ has specified.

‘No formal links’
Wits University vice-chancellor Loyiso Nongxa told the M&G he was not aware of “any formal links — a memorandum of understanding [MoU] — between Wits and Israeli universities”.

And “the issue — whether or not we should enter into such agreements — hasn’t come up over the past 10 years that I’ve been at Wits”, he said.

Three hours later, Wits spokesperson Shirona Patel said she had searched the university’s database and could confirm that it “has no formal ties with any Israeli university, according to our database”.

He added that “Professor Milton Shain of the UCT Kaplan Centre for Jewish Studies and Research has indicated that there are no formal links with any Israeli universities.”

All 23 vice-chancellors will receive the UJ senate’s resolution, said Duma Malaza, the chief executive officer of the varsity heads’ representative body, Higher Education South Africa (Hesa). “It is likely that the next meetings of Hesa’s executive committee on October 7 and board on October 27 will … reflect on this issue,” he added.

Conditions to be met
The UJ’s senate decided that its formal links with Ben-Gurion will “automatically lapse on April 1” next year if the Israeli university does not meet two conditions:

The MoU in question was signed in August last year, and objections to it reached the UJ senate in May, when UJ research professor Steven Friedman presented the case of those calling for a complete severing of ties with Ben-Gurion.

The senate also heard that this MoU resuscitated apartheid-era agreements between Ben-Gurion and the UJ’s predecessor, the Rand Afrikaans University.

The senate delegated the matter to a nine-member subcommittee, headed by deputy vice-chancellor Adam Habib. Wednesday’s senate meeting debated its report for more than four hours.

The petition launched after the May senate deliberations highlights Ben-Gurion’s ties with the Israeli Defence Force and says Israeli universities “produce the research, technology, arguments and leaders for maintaining the occupation”.

This — the “Israeli occupation of the Palestinian territories” — has had a “disastrous effect on access to education for Palestinians”, the petition reads.

Historic decision
Habib told the M&G that the senate decision was “historic for two reasons”: “it is informed by the principle of solidarity with the oppressed” and it “creates an enabling environment for reconciliation and human dignity”.

Its historic significance was deepened by two further considerations, he added.

“The decision has been reached not by a university’s executive fiat but by a senate, the body that represents academics,” he said, saying this would empower academics in a global tertiary climate of university corporate managerialism.

And he could think of no university in the United States or in Britain whose senate had made any such decision in relation to Israeli institutions, despite many such calls from academics there, he said.

Friedman said: “The decision is a breakthrough for those who think there should be no collaboration with Israeli institutions that undermine human rights.”

On other local universities, he said he did not know of specific links with Israel but had “a strong expectation this will be raised at Hesa”.

Amos Drory, the Ben-Gurion vice-president who signed the MoU with UJ, told the M&G that “the news about the UJ senate decision has reached us on the eve of the Jewish holiday”.

“We will not be able to prepare our response immediately. As soon as the holiday is over, we will consider our options and reply to UJ in due course,” Drory said.

On Thursday afternoon responses were received from:

The senate decision is still to be ratified by UJ’s council. Habib said he expects this to be done on a round-robin basis among council members during the next two weeks.