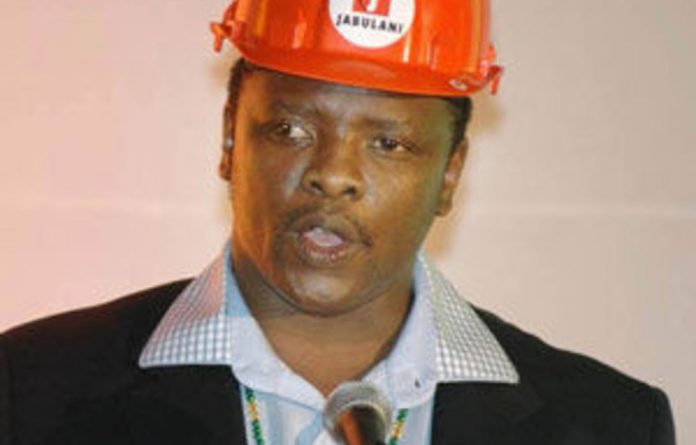 The businessman who stands to make a fortune from controversial leasing deals with the police is himself the target of a police investigation into millions of rands that went missing from the Land Bank.

Roux Shabangu, the owner of Roux Property Fund, has been implicated in a PricewaterhouseCoopers (PwC) forensic audit in connection with R10-million “irregularly” paid to him from the bank’s contentious AgriBEE fund. The Hawks are investigating money paid to him and others from the Land Bank for projects for which there are few or no records.

The Public Protector and the Special Investigating Unit are both probing two multimillion-rand leases concluded between Shabangu and the police for headquarters in Pretoria and Durban, according to the Sunday Times.

The Hawks’ Land Bank probe follows the handing over to the organisation last year of a final PwC forensic report into the AgriBEE fund by the Land Bank chief executive, Phakamani Hadebe.

The former Land Bank chairperson, Themba Langa, commissioned the audit after receiving numerous allegations of corrupt and fraudulent payments made from the AgriBEE fund, which was designed to uplift emerging black farmers.

At the time, the R100-million fund was under the control of the former deputy director general of agriculture and acting Land Bank chief executive, Phil Mohlahlane, who was fired in December 2008. The fund moved with Mohlahlane from agriculture to the Land Bank, and the Mail & Guardian established at the time that Mohlahlane’s departure was linked to alleged fraud involving the AgriBEE fund.

Mohlahlane was a confidant of Lulu Xingwana, the former minister of agriculture and now minister of arts and culture. Shortly after ordering the PwC probe, Xingwana fired Langa as chairperson of the Land Bank board.

The M&G is in possession of PwC’s preliminary report, handed to Hadebe in July 2008, which implicates Shabangu’s African Dune Investments 123 as a beneficiary of irregular payments from the AgriBEE fund. Shabangu declined to comment this week, saying he had “lost faith in the media and its credibility” because “all facts that we provided in the past were not published”.

In an interview in City Press at the weekend, Shabangu claimed that, in 2007/8, the former department of land affairs, now the department of rural development and land reform, asked him to act as a third party in buying farm land.

The department denies that Shabangu had a mandate at any stage to buy land for the government.

In 2008, Sake-Rapport wrote that African Dune made an offer for a farm that was defaulting on a Land Bank loan for apparent “land reform” purposes. Shabangu was to receive a substantial commission for the sale of the farm, which he would sell back to the department.

It is unclear whether the R10-million paid by the Land Bank to Shabangu’s African Dune Investments on October 12 2007 was for land reform.

Listing this payment under “irregular transactions”, PwC found that Mohlahlane and the Land Bank general manager, Herman Moeketsi, were the main actors in approving the payment to Shabangu.

Mohlahlane did not reply to messages left on his and his wife’s cellphones this week. Moeketsi said he was “not in a position to comment on this matter”.

A schedule of payments from the AgriBEE fund in the M&G‘s possession shows that R10-million was paid to “African Dune Investments t/a Basadi Batsimung”.

PwC was alarmed that no supporting documents for the payment to African Dune could be provided. According to the forensic report, Xingwana’s legal adviser, Sibusiso Gamede, told Moeketsi that Basadi had presented an agricultural business development programme to the department “and he had referred them to the Land Bank for possible funding”. Moeketsi told PwC he recommended the payment after seeing Shabangu’s proposal.

The Land Bank finance manager, Wilson Mabudusha, who was also interviewed by PwC, told the auditors he received an instruction from Mohlahlane that Shabangu’s company should be paid “urgently”. Initially, he paid the R10-million from the AgriBEE fund, but was later told the amount had to be debited against the Land Bank’s budget.

PwC commented it was unlikely that Mabudusha would pay Shabangu’s company from the AgriBEE fund on his own initiative, and there are indications that Mohlahlane issued the instruction. Eventually, the R10-million was debited against the Land Bank’s budgets for advertising (R6-million), corporate social investment (R500 000), sponsorships (R500 000) and the chief executive’s budget (R3-million). The AgriBEE schedule of payments indicates the purpose of the payment was a “growing new farmers project”.

Moeketsi signed a service-level agreement between the bank and Shabangu only on October 14 2007, two days after the payments were made.

Moeketsi could not provide PwC with evidence of the project’s scope, key milestones and deliverables. He could not show that the project was monitored and indicated that he still expected a report from Shabangu about the Basadi project.

PwC also failed to get answers from Moeketsi on how the R10-million was quantified, saying that he “informed us that he relied on the service provider to have done appropriate analysis to reach an appropriate quantum of funding required”.

When PwC contacted the office of Basadi Batsimung, using the phone number on its letterhead, the receptionist told PwC that it had reached the office premises of Roux Property Development, another of Shabangu’s companies. The letter from Basadi Batsimung to the Land Bank was signed by P Molise as “chief executive” of the company. “Marieta [the receptionist] informed us that she does not know this person and referred us to Mr Shabangu, for whom we left a message to contact us. He has not responded to this message,” reads the PwC report.

Bank still in the dark

PwC also identified a second payment reflecting the name Basadi. On October 25 2007, R13-million was deposited into the AgriBEE fund from the department of agriculture’s flood relief fund. The purpose of the payment reflected the name “Basadi Batsimung”. PwC could find no proof that the money was paid to Shabangu’s company. By June 2008, the money had still not been used and was repaid to the flood relief fund.

A senior Land Bank official told the M&G the bank was still in the dark about the R10-million because there were no records. The official said the money was never recovered. “The controls were very weak. It was wide open to abuse,” the official said.

The Land Bank spokesperson, Musa Mchunu, said the R10-million paid to Shabangu’s company formed part of a broader AgriBEE-fund investigation in the bank. It is suspected that up to R80-million in payments from the R100-million fund may have been fraudulent.

“The investigation culminated in the [PwC] forensic report that the Land Bank handed over to the SAPS,” he said. “The police are continuing with the investigation.”

Hadebe said this week the bank was committed to cleaning up suspected fraud and had even appointed private investigators to assist the Hawks.