The seven horsemen of Nigeria’s apocalypse 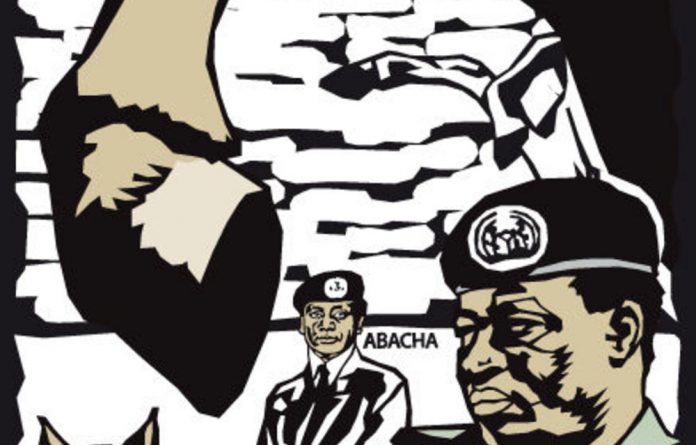 Since 1960, Nigeria’s leaders have failed to lift 70% of their compatriots out of poverty, to build and maintain viable infrastructure and to stem profligate corruption that has resulted in more than $380-billion being siphoned into foreign bank accounts. Might the next horseman to ride on to the Nigerian stage represent the end of the country as a viable entity?

The petty ambition and often inhumane greed of many Nigerian leaders have prevented a country of enormous potential from fulfilling its leadership aspirations and achieving its development potential. Corrupt and visionless leaders have failed spectacularly to diversify its economy and to reduce its huge dependence on oil, which still accounts for more than 95% of its foreign-exchange earnings.

More positively, Nigeria’s foreign policy has been impressively active. It created the Economic Community of West African States (Ecowas) in 1975, maintained membership of the Frontline States of Southern Africa in the 1980s and launched costly peacekeeping missions to stem civil wars in Liberia and Sierra Leone in the 1990s.

The achievements of Nigerian artists, professionals and sportsmen have also been noteworthy. Wole Soyinka became the first African winner of the Nobel prize for literature and Ben Okri, Chinua Achebe and Chimamanda Ngozi Adichie have all won awards aplenty. Actor Chiwetel Ejiofor won an Olivier award, and a musical on the life and times of the late Afro-jazz activist, Fela Anikulapo-Kuti, is now running on Broadway. Nigeria’s footballers won Olympic gold in 1996.

Nigeria’s prolific film industry, “Nollywood”, has attracted positive international attention. It makes more than 2000 films a year, providing employment for about one million people. That makes it one of the largest employers in the country, with annual sales estimated at $250-million. The films are widely available across Africa and its diaspora. Nollywood may be leading the way to the first authentic continental cinema.

In spite of this talent, Nigeria’s 50 years of independence can be viewed as a drama in six acts, with military horsemen appearing on the national stage to save the country from the decadence of corrupt politicians, only to descend themselves into similar venality. Exasperated Nigerians have long declared a plague on both their houses.

During Nigeria’s First Republic (1960-1966), political life centred on three ethnically based parties that dominated their respective regions. As inept politicians drifted from one crisis to another, the prime minister and the premiers of the northern and western regions were assassinated in 1966. The eastern-led putschists — collectively Nigeria’s first horseman — provoked a northern countercoup six months later, putting General Yakubu Gowon — the second horseman — in power. Northern civilians killed easterners living in northern Nigeria in massacres in 1966, and the eastern attempt to secede as the Republic of Biafra under the charismatic Colonel Emeka Ojukwu led to a 30-month civil war in which one million people, mostly easterners, died.

Gowon oversaw an impressive post-war reconciliation. The discovery of large oilfields was the balm to soothe the agonies of the previous “decade of troubles”. Powerful mandarins and military brass hats established an alliance to pursue post-war reconstruction. By the time of his overthrow in July 1975, Gowon had reneged on a promise to return the country to civilian rule and corruption had flourished, leading to the entry of the third horseman — General Murtala Mohammed.

Ironically, Mohammed (nicknamed the Sacker of Benin for his brutal civil-war role) became a national martyr. In his seven months in power, he waged a popular anti-corruption campaign, committed his regime to a return to civilian rule and pursued an activist foreign policy. He was assassinated in a botched coup in February 1976. His successor, General Olusegun Obasanjo, returned power to civilians in 1979. Dual carriageways, flyovers, and electricity pylons sprang up across Nigeria, the visible legacy of the 1970s oil boom.

Nigeria’s kleptocratic Second Republic (1979-1983), under the weak leadership of Shehu Shagari, proved even more short-lived than the first democratic experiment. Widespread corruption and the collapse of oil prices saddled the country with a $16-billion external debt. General Muhammed Buhari (1983-1984) became the fourth Nigerian horseman, ending civilian rule after a flawed election in 1983. In this period, there was also growing xenophobia — three million West Africans were declared illegal aliens and expelled. The Buhari regime launched a heavy-handed “war against indiscipline”, clamping down harshly on the media before being replaced in a palace coup by the fifth horseman — General Ibrahim Babangida (1985-1993).

Babangida portrayed himself as a liberal soldier. But he eventually earned the nickname of “Machiavelli” as a ruthless, scheming ruler, conducting a “transition without end” in which the return to civilian rule was continually postponed. He was forced out of power after an annulled election in June 1993. By this time, Nigeria’s external debt stood at $30-billion. In 1991, Babangida’s administration was unable to account properly for $12.4-billion in missing oil revenue.

Nigeria’s sixth horseman, General Sani Abacha (1993-1998), was the most tyrannical leader in the country’s history. The hanging of Ken Saro-Wiwa and eight environmental activists in November 1995 was only the most dramatic manifestation of his debauched rule, memorably satirised in Wole Soyinka’s 2002 play, King Baabu. Nigeria was subsequently suspended from the Commonwealth and branded an international pariah. After Abacha’s death in June 1998, his family was forced to return $700-million (out of a reported $3-billion) in looted money.

Following Abacha’s demise, the mild-mannered General Abdulsalaam Abubakar, nicknamed “Baba Go Slow”, led the soldiers back to their barracks and handed power back to an elected government, under Olusegun Obasanjo, in 1999.

At first, Obasanjo appeared to be a bridge between the military and civilians, between the north and the south. He seemed to be a new broom, sweeping out corruption and the abuses of military leaders who had lost any sense of purpose beyond plundering the national treasury and pummelling innocent citizens into submission. Yet Obasanjo inherited many conflicts, which continued. An estimated 12000 people died in religious and ethnic feuds. Though these conflicts over land, religion, resources and chieftaincy titles mostly had local roots, pyromaniac politicians exploited them for their own ends.

Nigeria’s economic problems forced many citizens to find succour in religion. The popularity of both Islamic and Christian fundamentalist groups increased, even as wealthy, ostentatious preachers played on the gullibility of their flocks. Then religion was turned into a political weapon — constitutionally questionable sharia criminal law was enacted by a dozen states in northern Nigeria. Violence between Muslims and Christians has subsequently erupted sporadically, resulting in scores of deaths.

In spite of such conflicts and an attempt by Obasanjo’s allies to gain him a third presidential term, Obasanjo was able to secure the annulment of the country’s $30-billion external debt and to pursue an activist foreign policy. Corruption, however, continued unabated, as did armed militancy in the oil-producing Niger Delta.

The country’s infrastructure remained ramshackle, in spite of billions of dollars being released by the treasury.

In May 2007, after a disgracefully flawed election, Obasanjo handed power to Umaru Yar’Adua, the first university graduate to govern Nigeria. A decent northern aristocrat, Yar’Adua promised political and economic reform, but died in office five months ago before he could implement real change. His southern deputy, Goodluck Jonathan, took over as president and announced, two weeks ago, that he would contest elections scheduled for January 2011.

Northern autocrat Babangida also announced his candidacy. The powerful north strongly opposes what it sees as Jonathan’s violation of the unwritten accord in the ruling People’s Democratic Party, an agreement to alternate power between north and south.

Could Babangida’s declaration lead to a volatile situation, one that could yet generate a crisis and eventually lead to the triumphant arrival of the seventh horseman of Nigeria’s apocalypse?

Dr Adekeye Adebajo is executive director of the Centre for Conflict Resolution and author of The Curse of Berlin: Africa after the Cold War