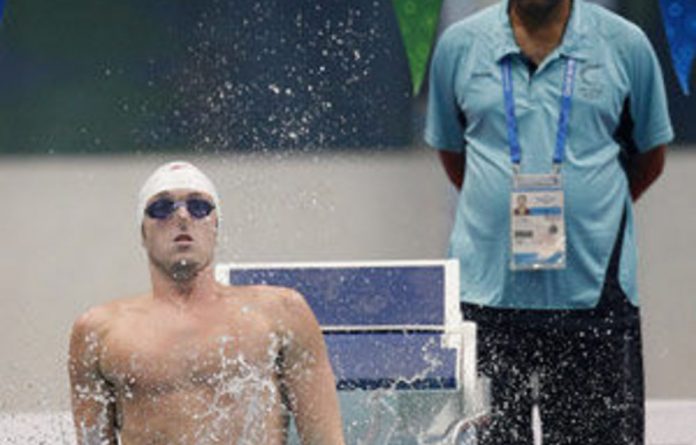 Commonwealth Games organisers launched an investigation into the water quality at the troubled event’s pool on Thursday after reports that over 50 swimmers had fallen ill.

About 40 English competitors and 12 Australians had complained of feeling unwell after competing at the Mukherjee Aquatics Complex, with team officials insisting that the problem area was the warm-up pool.

“We must investigate this immediately. If the water is unsafe then clearly you can’t swim in it,” said Commonwealth Games Federation president Mike Fennell.

“Water and food quality is tested. We are concerned if athletes can’t perform to their best.”

Stomach problems being experienced by swimmers have already forced two Australian medal prospects to pull out.

Illness forced the much-fancied Lauterstein to miss the 50m butterfly final on Wednesday.

Halsall on Wednesday blamed “Delhi belly” for her failure to qualify for the 100m butterfly final after she took gold in the 50m sprint a day earlier.

She appeared to have recovered and eased into the 50m freestyle semifinals as fastest qualifier.

In the men’s 50m breaststroke, world record holder and world champion Cameron Van Der Burgh of South Africa is seeking to double up after winning the 100m event on Wednesday, lowering the Games best for the fourth time in two days

The 22-year-old is again likely to face Australia’s Christian Sprenger and Brenton Rickard, who got silver and bronze in the 100m, with New Zealand’s Glenn Snyders swimming well.

Emily Seebohm also goes for the one-two in the 50m backstroke following her gold in the 100m on Wednesday, with Sophie Edington and Grace Loh looking to make it a clean sweep for Australia.

Edington is Commonwealth record holder at the event, but the trio could be pushed hard by England’s 100m world champion and world record holder Gemma Spofforth, who will be looking to improve on her silver in the 100m.

She qualified fastest for the semifinals.

British-educated Dunford (23) set a Commonwealth record in the World Championships in Rome last year while 31-year-old veteran Huegill is a two-time Games champion at the event.

Olympic champion and Commonwealth record holder Leisel Jones of Australia is looking to defend her 100m breaststroke crown for third consecutive Games after her success in the 200m on Wednesday.

England’s Liam Tancock is in line to defend his 100m backstroke title after winning the 50m, where he is world champion and world record holder.