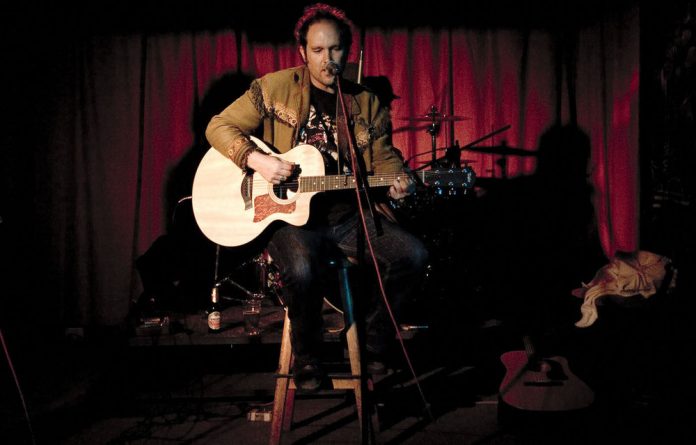 ‘What is Americana?” That was the question posed by Ian Felice to the audience watching his band, the Felice Brothers, play at the fifth edition of the End of the Road festival.

“Back home we call it ‘we can’t make any money because we play the way we do’,” he said.

Thinking about it, the man has a point, even though his band typifies what the tag has come to mean.

Americana has become a bit of a meaningless word, a catch-all tag for music inspired by the folk, blues and country heritage of the United States.

Both draw influences from the rich history of the US’s roots music, using the Americana idiom as a platform to say something rather interesting about this country we live in.

But calling their music Americana does seem like a bizarre logic, so what is it? South Africana?

Both acts recently released stellar additions to the host of South African albums released in 2010, but they find themselves in very different stages in their careers.

Neversink is a veteran of Johannesburg’s music scene, having released a string of incredible country-rock albums that firmly position him as one of the country’s finest songwriters. He is a critically lauded yet under-appreciated addition to South Africa’s music history. It sounds rather like James Phillips’s story to me.

Because he relocated to Europe more than a year ago, it has been a while since South Africans have heard from Neversink, but in the past few weeks he returned for a string of live gigs aimed at launching his new album, Skinny Girls Are Trouble (One F Music).

The album was mostly recorded in Johannesburg before Neversink left with his band at the time — Loandi Boersma (Roekeloos, Cortina Whiplash) and Kevin O’Grady (The He-Shes, Famous Curtain Trick). Former Television guitarist Richard Lloyd was flown in to produce the album, with South African producer Peter Pearlson manning the desk.

The result is arguably Neversink’s finest hour and easily one of the best South African albums released in 2010. From the rollicking title track to the gorgeous Honeymoon, featuring some superb backing vocals from Lani Pieters, Skinny Girls Are Trouble features some of the finest songs Neversink has written.

The understated Durban City Hall tells the story of a musician looking back to his younger days in the port, dreaming of having his “name in big letters”, and Cranes is a grungy little number that was a firm live favourite before Neversink left.

But the album highlight has to be Stay, which is such a classic song it feels as though it has always existed.

Three albums into his career, Neversink is moving from strength to strength and news that he has already started new songs for a fourth album should put a smile on his fans’ faces, even if they don’t regularly get to see him perform live any more.

Die See, on the other hand, are a band that have just laid down their debut self-titled album. Hailing from Pretoria, the band began with a bunch of fantastic songs written by singer Henry Ferreira. Guitarist Dylan Graham then came on board, who added some stylish electric-guitar backing to Ferreira’s songs.

Having witnessed some early shows of Die See as a duo, I can testify that the understanding between these two guitarists is dynamic.

Since then they have fleshed out into a four-piece with Justin Smit and Dean Basson joining on bass and drums respectively.

Their album, which comes in some slickly designed packaging, is a very impressive debut indeed. Ferreira’s lyrics are soaked in nostalgia and loaded with images of summer holidays spent at the seaside, with titles like Desember, Mcdougalsbaai, Somersdag, Al die Perlemoen and Pretoriabaai. Added to that the album is adorned with images of fishermen, seashells and ice-cream cones.

The music is reminiscent of American songwriter Bill Callahan and the work of Sun Kil Moon’s Mark Kozelek, but the moody feel to the tracks also reminds me of Paul Riekert (Battery 9) and André Janse van Rensburg’s side project, Die Menere.

Having released this killer album, the band will be gigging a lot more, so make sure you catch one of Pretoria’s hottest young bands at a venue near you.