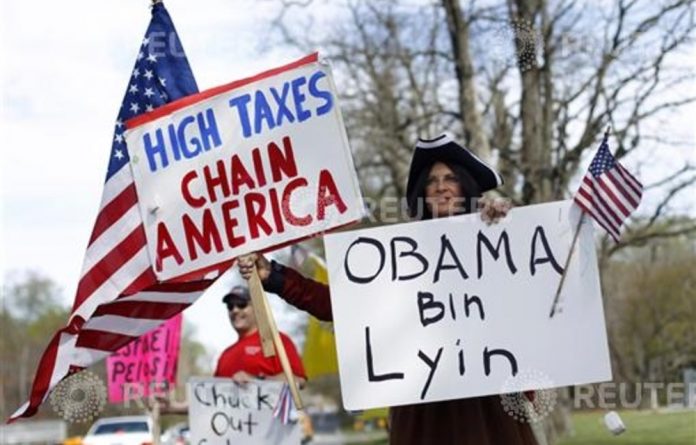 The United States (US) midterm elections will be the most expensive in history, estimated at well over $5-billion — an indication of how much is riding on the biggest test of US public opinion since the 2008 White House race.

With the Democrats facing electoral disaster next month and President Barack Obama battling to save his presidency, the Republicans are resurgent, their campaign chests bursting with money from big corporations whose spending power has been unleashed by a Supreme Court ruling earlier this year providing anonymity for donors.

The estimated $5-billion dwarfs the $1-billion spent on the White House race.

The NGOs’ take
Public Citizen, a non-profit organisation that tracks corporate spending on elections and lobbying, says Republicans received cash from the corporations at a ratio of six to one over the Democrats last month and this could rise to 10 to one this month.

It identifies much of the cash as coming from Wall Street, banking and the health and pharmaceuticals industry.

“The Supreme Court ruling reverses a century in the US in which corporations were not supposed to get involved,” said Craig Holman, Public Citizen’s representative on Capitol Hill.

Democrats less popular
Early voting has already begun in seven states. Polls suggest the Democrats face their biggest drubbing since 1994 and will lose control of the House to the Republicans, with their nine-seat majority in the Senate reduced to about two or three, and with an outside chance of losing it altogether.

With the House in Republican hands, US politics will become even more polarised, probably dashing Obama’s hopes of getting through any legislation on climate change or immigration reform, or even another economic stimulus package, let alone the money needed to close Guantanamo Bay. The Republicans also want to unpick his health reform legislation.

Money matters
Groups channelling money to the Republicans include American Crossroads, run by George W Bush’s former political strategist, Karl Rove, and Americans for Job Security. On the left organisations such as Move On can only match the funding they provided for the 2006 midterm elections and, although the trade unions have raised some more, they have been unable even remotely to match the big corporations.

David Levinthal, of the Washington-based Centre for Responsive Politics, which monitors spending of congressional elections, predicted the 2012 ones would set a new record. “We fully expect that the federal elections will cost at least $3,7-billion and could well exceed $4-billion given the activity we’re seeing.” The corresponding figure in the 2006 Congressional elections was $2,8-billion.

The Montana-based National Institute on Money in State Politics, which monitors the governors’ races and state legislators, records $1,4-billion in donations so far, most in the past six months.

That, with the Centre for Responsive Politics figure, puts the estimate for the elections at $5,1-billion, the annual running costs of a small US city.

Reflex response
Midterm change is almost a reflex for Americans, who appear to dislike one party having control — as the Democrats currently do — of the White House, Senate and House.

But Ross Baker, a political scientist at Rutgers University, sees something more momentous happening this year than just a reflex response.

“These elections are potentially revolutionary, in the sense of having an impact over the next decade,” he said.

At issue is not only the fate of the Obama presidency but also the impact of the grassroots conservative Tea Party movement on the Republicans.

“It’s very rare for a third party to succeed. What typically happens is that a faction takes over an established party. In 1896 the populists took over the Democrats and in 1972 the pacifist wing took over the Democrats. What we’re seeing is another of these historic captures in the Republicans,” Baker said.

Even if some of the Tea Party activists who produced surprises during the primary elections, such as Christine O’Donnell in Delaware, fail to make it to the Senate, polls suggest a hard core of Tea Party-backed candidates will.

Obama popularity down
With Obama’s popularity down from 70% after his inauguration in January last year to less than 50% now, many Democratic candidates are distancing themselves from him in their campaign literature.

Chet Edwards, a Democratic congressman from Texas, has an ad running that could have been written for a Republican, boasting of how he had stood up to Obama and voted against the healthcare bill. — Guardian News & Media 2010