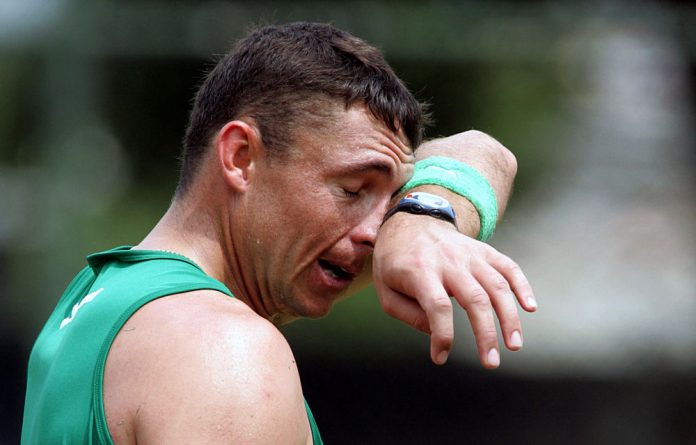 Cricket. It’s not a sport I follow, let alone know who the players are, but I now know André Nel. Not as intimately, mind you, as the three women who’ve reportedly admitted to having affairs with the married cricketer. It’s what he’s said about his philandering that piqued my interest.

Nel has now put all of us in a pickle as we try to find our way through the floundering maze that is the lingua franca of modern-day relationships. After being probed by the media and initially denying his miscreant behaviour, when confronted with evidence of his straying, he eventually admitted to an extramarital affair with Londoner Jelena Kultiasova.

He confessed, reportedly saying: “We were friends with benefits — we kissed twice and only had sex twice or three times possibly.” That is seemingly not the impression that Kultiasova was under.

According to the British newspaper, the Telegraph, they dated for a while and even lived together at her flat. She thought they were in a relationship. She was shattered to learn — upon doing an internet search, that trusty servant of all single women — that he was, in fact, married and his wife was expecting their first child.

So, Nel was exposed as a love cheat and Kultiasova as a love fool. Yes, a fool, because that internet search ought to be done before you start a whirlwind affair with someone.

Relationships come in different forms and it’s pretty tricky these days to figure out what’s what. So when are you “just friends”, “friends with benefits”, “dating”, “a couple” or in a committed relationship? When is the best time to raise the question?

A friend was recently caught in this ugly trap. She’d been seeing a guy for the past few months and having a wonderful time with him. But they saw each other only in the confines of each other’s homes.

She, with good reason, was beginning to feel a little uncomfortable with this arrangement, fearing she was nothing more than a booty call.

Her friends encouraged her to raise the dreaded question: “What are we doing and where is this headed?”

She tried repeatedly to raise the issue and every time she did, he promised they would talk about it, but they never did. Eventually, he started withdrawing and — no surprises here — he disappeared.

I’m not suggesting that you go over a 10-point plan on your first dinner date, including the list of potential wedding venues you’ve casually sourced over the years, simply that you are confident enough to tell your date where you stand in life and what you would like, not necessarily from him, but as an ideal. You can deduce from his response whether you are on the same page.

The initial encounter is the best time to establish whether someone is married, as dear Jelena might have done, because often married men are alarmingly brazen when it comes to chatting up single women. Eliminate this quandary by simply asking the question point blank.

Sadly, scenarios like “friends with benefits” will continue as we stray further and further from traditional forms of courtship. If that’s the game people want to play, so be it, but if either party is deliberately misled, well then that’s just not cricket is it?