Fears of conflict as Sudan heads for partition vote 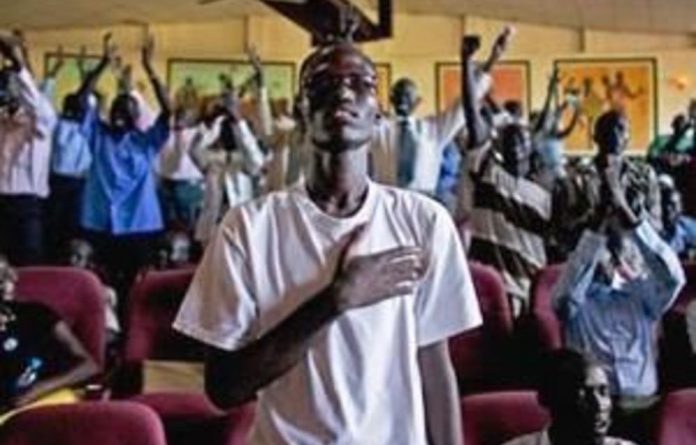 Fears of renewed conflict haunt the run-up to a southern referendum in January that analysts expect will partition Sudan, Africa’s largest country.

President Omar al-Bashir told Parliament this week that he would “not accept” an alternative to unity, although he was committed to a 2005 peace treaty that ended a 22-year war with the south and gave it the right to hold a vote on independence.

Foreign Minister Ali Karti later said Khartoum would respect the outcome of the referendum on January 9.

“If the majority want secession [in the referendum], we will accept it,” he said.

Al-Bashir’s government insists that it does not want to obstruct the referendum.

But in a sign of the suspicion that pervades relations between north and south, the United Nations agreed to move troops to the south’s disputed border with the north, following calls by southern leader Salva Kiir.

“We will increase our presence but only in some hot spots,” UN peacekeeping chief Alain Le Roy said. The UN mission, Unmis, did not have enough troops to create a buffer zone along the whole 2 000km border.

The mostly Muslim north and the Christian and animist south agreed in 2005 to end the civil war, which killed an estimated two million people, with a power-sharing deal that would allow the south to vote on independence.

Despite their sharing power in government, southern and northern leaders view each other suspiciously.

A member of a visiting UN Security Council delegation said earlier this month that Kiir warned that if the referendum suffers “huge delays”, the south will conduct a unilateral vote.

Behind schedule
Preparations for the vote are already behind schedule, and much to the dismay of southern officials, Khartoum said this week that another referendum also scheduled for January 9 on whether the oil-rich Abyei region will join the north or south should be postponed.

The border is one of the key disputes that will decide the future of the country, said Sudan specialist Roland Marchal with the Paris-based National Centre for Scientific Research.

“There is a lot of confusion, emotion and contradictions, but nothing is settled yet,” he said. “It can go in one direction or the other — war or peace,” he said.

The north stands to lose if the south secedes as expected. Much of the country’s oil lies in the south. But it is refined in the north and the landlocked south has no pipeline.

Sudan produces roughly half-a-million barrels of crude oil a day, three quarters of which comes from oilfields in the south and under the disputed border.

In the short term, the north and south are negotiating terms of the north’s share of southern oil revenue, according to a recent report by the German Institute for International and Security Affairs.

“This is not to say there is no potential for conflict in this regard, given that there is significant divergence regarding how high the northern share would be,” the report said. — AFP

Fighting increases in Darfur ahead of vote

UN yet to decide on Sudan reinforcements