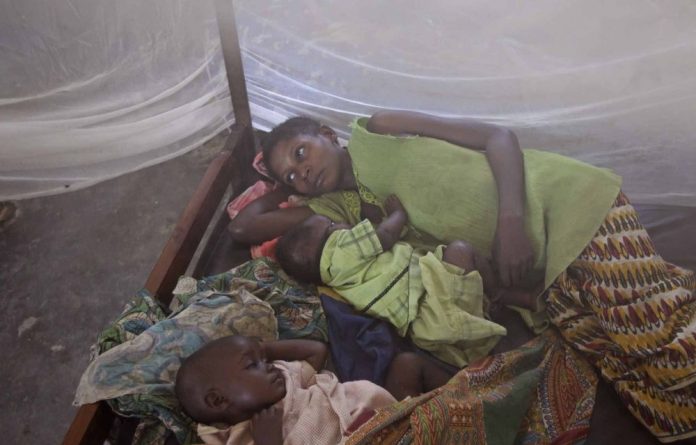 Shedla Abedi’s age was no protection when the rapists came to her village.

The women of Kampala village, where 35 were raped, still sleep in the forest at night, fearing that the rapists will return. Earlier this month they gathered in the village to tell their stories to Margot Wallstrom, the United Nations secretary general’s special representative on sexual crime in conflict.

“This is our cry for help. We are in pain,” said Abedi, to cheers and applause. “You are our fellow women and we believe our enemies wouldn’t hesitate to rape you if they were given the opportunity. They are merciless.”

The mass rape of more than 300 women, several men and children in villages deep in the forest of the eastern Democratic Republic of Congo at the beginning of August has renewed momentum to tackle the sexual violence in what Wallstrom has called “the rape capital of the world”.

The prosecutor of the International Criminal Court (ICC) in The Hague is sending a team to investigate the mass rapes, which occurred in a dozen villages between Walikale and Kibua in North Kivu between July 30 and August 2.

On Monday Callixte Mbarushimana, the executive secretary of the Forces Démocratiques pour la Libération du Rwanda (FDLR), one of the rebel groups implicated, was arrested under an ICC warrant in Paris. The core of the FDLR are Hutus who fled Rwanda after participating in genocide against Tutsis in 1994 and are accused of war crimes in the Congo.

Last week UN peacekeepers arrested Lieutenant Colonel Sadoke Kokunda Mayele, who was identified by several villagers as a commander of the rapists.

Though a peace treaty in 2003 formally brought to an end the decade-long war, which, at its height, sucked in troops from seven other African countries, atrocities — mainly against women — have not subsided.

Militia and the Congolese army now fight over access to mining areas around Bisie and Omate, where they exploit gold as well as coltan and cassiterite, used in cellphones and other electronic goods.

Rape is a way of humiliating and cowing local populations who may be used as slave labour. But the scale of the August incident shocked even local doctors, who have seen many horrors.

“It’s the first time I have seen something like this,” said Dr Cris Baguma of the International Medical Corps, one of the first organisations to help the women. “I can’t understand it, because they didn’t kill people. It was only for rape.”

UN peacekeepers have been widely blamed for failing to prevent the attack. A preliminary internal inquiry found that the nearest contingent of 80 Indian soldiers had no training in protecting civilians — even though that is their mandate — and employed only one Congolese interpreter.

The UN is meant to support Congolese forces but the latter are often as brutal and ill-disciplined as the militia and rebels they are fighting.

UN sources said that several battalions of government troops that have fanned out across the jungle around Walikale since the mass rape do not get provisions. They now prey on the population, looting and raping.

Responding to pressure from activists, the United States Congress has approved a financial reform law that requires US-listed companies to disclose whether their products contain “conflict minerals” from the DRC.

“There has to be a reaction from [the] EU, from countries all over the world to support and follow suit,” said Wallstrom. “There’s also a responsibility on consumers and those who manufacture these articles.”

In Nyasi village the women said they will feel safe only if UN peacekeepers patrol more often and stay close.

“I was raped by eight men and they kidnapped my five-month-old baby,” said Sikiliza Buunda. “I was screaming ‘I’m dying’. The whole forest was on fire. Women, children and men were all screaming throughout the forest. It was a nightmare.”

Her friend, Mawaza Misori, said: “We don’t know the real reason these people won’t leave us alone. It’s like the devil attacking for no reason.

“We had the courage to speak out in public because we’ve had enough. We’re like dying people, who are no longer afraid because they know they’re at the end of their journey.” —

A French court will on Monday announce a verdict in the trial in absentia of the Congolese music star, accused of sexual assaulting his dancers
Read more
Africa

Kabila co-opts the opposition to prolong a family dynasty