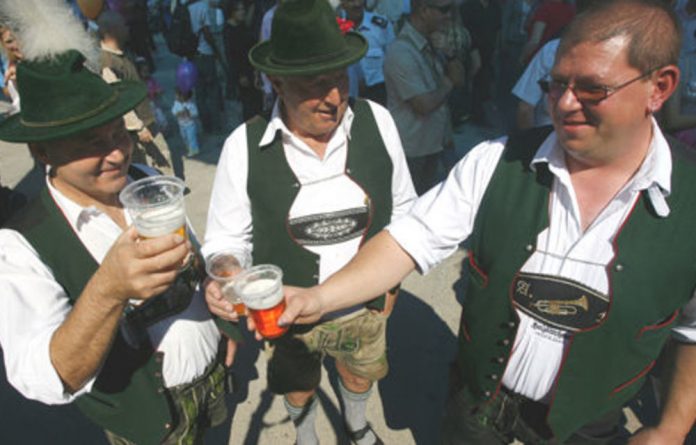 The Taybeh beer festival attracts thousands of Palestinians and Israelis, as well as revellers from as far afield as the United States and Japan.

There is meat grilling on barbecues, children with painted faces, stalls selling crafts and cakes, a stage for live music and even the odd priest wandering about.

And everywhere people clutch glasses of beer in the afternoon sun.

Welcome to the annual beer festival in the rocky landscape of the West Bank, specifically the village of Taybeh, home to the only brewery in the Palestinian territories.

About 10 000 people were expected to attend this year’s Oktoberfest, making it the biggest since the event began in the Christian-dominated village.

It is a mark of the festival’s success that the small area around the municipality building was crammed with food stalls doing a lively trade to Palestinian families (both Muslim and Christian), diplomats, aid workers and tourists. But it was the eponymous beer itself, briskly selling at 10 shekels (about R19) for a half-litre glass, that was the star of the show.

Made without additives or preservatives and using water from the nearby spring of Ein Samia — which means “delicious” in Arabic — was slipping easily down the throats of thirsty visitors.

Business, according to the brewery’s owner, Nadim Khoury, is booming despite the obvious difficulties of operating in an overwhelmingly abstinent Muslim environment.

The brewery faces “many obstacles — religion, culture, occupation, closures”, plus a prohibition on advertising alcohol, says Khoury. “I’m on my feet 16 hours a day to promote the beer, going door to door, bar to bar, hotel to hotel. It’s not easy in this part of the world.”

The company started brewing beer in 1995 in the optimistic years following the signing of the Oslo accords.

When the second intifada started in 2 000 and the Israelis closed off much of the West Bank, the brewery faced a crisis. But output has since tripled to 600 000 litres a year and there are plans for expansion.

A non-alcoholic version of the beer aimed at the Muslim market has made a “good start”, says Khoury.

About 60% of the Taybeh Brewing Company’s sales are local, to Christian or mixed cities in the West Bank, such as Ramallah and Bethlehem, 30% is sold in Israel, and 10% is exported — mainly to Japan, Chile and Sweden.

Taybeh Beer, produced under licence in Germany, is also sold in Britain.

Khoury, whose brother, David, is the village mayor, is pressing the Palestinian Authority to help the brewery by limiting imports.

“We pay 210% in taxes when we export to Jordan, but the Jordanians bring in Amstel and pay only a very small amount in taxes,” he says.

He also wants to see an end to the expensive “back to back” system of moving goods from the West Bank into Israel.

The beer has to be unloaded from Palestinian trucks at tightly controlled checkpoints and reloaded on to Israeli trucks, often involving long waits in high temperatures.

Near the festival’s stage, two young women are listening to a band from Brazil. Nibal (22), a Christian Palestinian, enjoys drinking Taybeh beer, but Samah (24), a Muslim, has never tasted the village’s famous product. “But I think the festival it is a good thing,” she says.

At the end of the performance, a member of the band remarks on the heat. “At least in Brazil we have beaches,” he says. What does he think of the Holy Land? “It’s different,” he says with a shrug and a smile. —