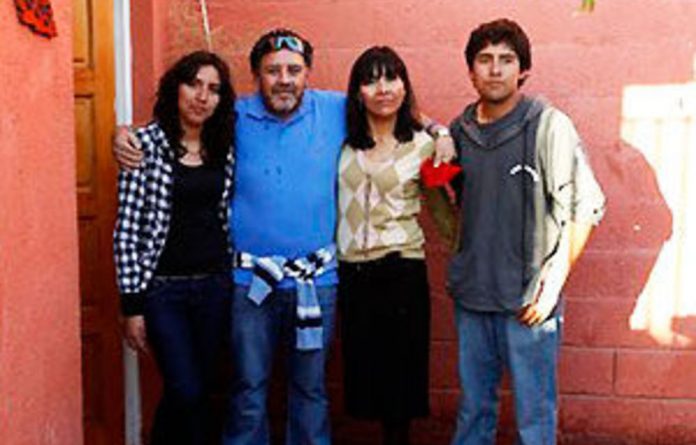 Thirty-one of the 33 miners rescued in Chile were back home on Friday after doctors gave them the all clear to pick up their lives again, as gruesome details of their underground suffering emerged.

Regional health director Paola Neumann said the two remaining miners, who were not named, had been transferred to clinics for more treatment, one for dental surgery, the other suffering from spells of dizziness.

Journey to the top

The world celebrated as the 33 trapped Chilean miners were delivered to safety this week. The event marked the climax of an extensive rescue mission since the mine collapsed on August 5 2010. We take you through a photo timeline of the incredible operation as the miners emerge above the surface one by one.

The 28 miners released on Friday were driven discreetly from the hospital in the northern mining town of Copiapo without stopping to speak to the horde of journalists camped outside hoping for interviews.

The miners face a surreal readjustment to their sudden fame as they head home and ponder tempting offers of holidays and cash.

The gritty mining town of Copiapo erupted into wild celebration as neighbours and relatives popped champagne corks and threw confetti to welcome back Juan Illanes, Edison Pena, and the sole Bolivian, Carlos Mamani.

‘Ordinary people’
As he worked his way through the crowd at the hospital entrance, Pena, a self-confessed Elvis fan who ran miles every day in the mine gallery to stay fit said: “We are not pop stars or anything, we’re just ordinary people.”

But for these tough men, a new world of opportunity awaits and a chance to turn their fear and despair into profit, perhaps even riches beyond their wildest dreams, if book deals and Hollywood film rights come.

Some could take up immediate offers to holiday in Greece or visit top European football clubs. Pena has been invited to tour Elvis’s Graceland home, but Illanes had another destination in mind.

“I want to achieve my dream of going to Miami,” the 52-year-old mechanic and former soldier said, before giving brief insights into his experience trapped in the bowels of the dark, dank San Jose mine.

“The confinement was terrible,” he said. “The first 17 days were a nightmare. Then everything changed. But the hardest thing was to be down there, buried for two months.”

The men were trapped on August 5 by a huge rock collapse inside the mine and they had been almost given up for dead before a probe sent down through a narrow bore hole struck lucky on August 22.

In that agonizing interim, when each man had to make do with a tiny spoonful of tinned tuna or salmon each day, they faced the mounting terror they would die in the mine.

Waiting for death
“We were waiting for death,” miner Richard Villarroel said as he was interviewed by Britain’s Guardian newspaper, The Washington Post and local Chilean media.

Once the rescue effort began the men could finally joke about some of their darkest fears, including cannibalism, Villarroel said.

“Once (help came) it became a topic of joking — but only once it was over, once they found us.”

Anonymous before, the miners are now household names in Chile and media stars around the world, flooded with requests for interviews.

A sign of the special bond that sustained them through their terrible entrapment, relatives say the men want to pool the proceeds so any treasure that comes their way can be shared equally.

The half-sister of one miner, Claudio Yanez, said they had decided to seek 20 million pesos
(around R 285 880) per interview.

Camp Hope
One of the first stops for many of the men could be the mine itself as relatives are planning a special event on Sunday at the tent city, dubbed Camp Hope, where they had pined for their loved ones.

Chilean President Sebastian Pinera has suggested turning the camp into a memorial or museum to honour the miners.

Potential souvenirs abound: from the Phoenix 2 rescue capsule, whose journeys up and down the mine transfixed the world, to the Oakley sunglasses the men wore to protect their vulnerable eyes.

Psychologists, though, have warned that the miners’ nightmarish experiences could haunt them for years, and many might struggle to settle back in to life above ground. — AFP