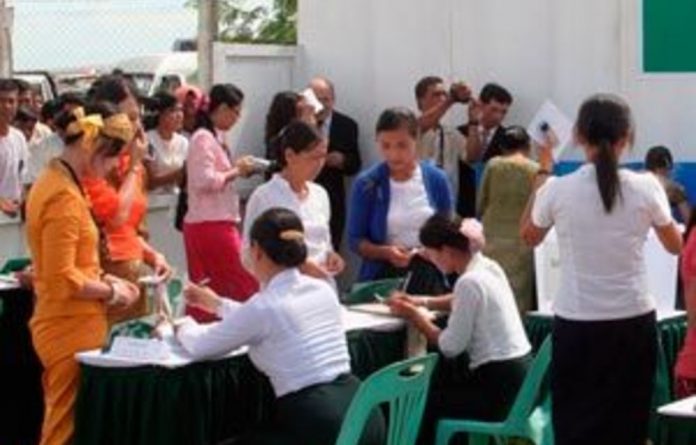 Burma said on Monday it would not allow any foreign election observers or international media into the military-ruled country for its first election in two decades.

“Regarding foreign observers coming here, our country has a lot of experience in elections,” said election commission chairperson Thein Soe.

He said foreign diplomats and representatives from UN organisations based inside Burma would be allowed to observe voting in the November 7 poll.

“The diplomats are representatives of their countries. So we assume that it’s not necessary to allow other countries to observe separately.”

Overseas journalists would not be allowed into Burma for the vote because foreign news agencies already have staff based there, Thein Soe said in a briefing to diplomats and media in the capital.

No photography or filming would be allowed inside the polling stations to enable voters to “cast their votes freely”, he said.

Unfair
Burma has been ruled by the military since 1962 and activists and Western governments say the November 7 election is aimed at simply entrenching the generals’ hold on power.

One quarter of the seats in Parliament are reserved for the military, while the junta’s proxy parties are seen as having a major advantage in the contest for the remaining seats.

Detained opposition leader Aung San Suu Kyi’s party won the last election in 1990 but was never allowed to take power, and the democracy icon has spent most of the past two decades in detention.

The Nobel Peace Prize winner’s National League for Democracy party has been dissolved by the authorities because it chose to boycott next month’s vote, saying the rules were unfair.

Last month the junta announced it was scrapping voting in swathes of insurgency-plagued ethnic areas — a move criticised as excluding millions from a poll already seen as undemocratic.

“There are unfair conditions for elections in these places,” said Thein Soe.

“There are armed groups in some areas. We assume that there can be some pressure from them to favour certain parties … That’s why we do not hold the election at these places,” he said. — AFP