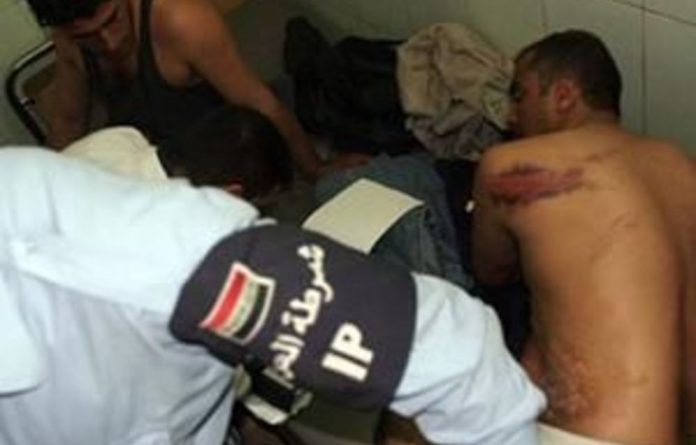 WikiLeaks said on Saturday its release of nearly 400 000 classified US files on the Iraq war showed 15,000 more Iraqi civilians died than previously thought.

Uploaded on the WikiLeaks’ website, the files detailed gruesome cases of prisoner abuse by Iraqi forces that the US military knew about but did not seem to investigate.

In Baghdad, Iraqi officials responded to WikiLeaks’ move by pledging to probe any allegations that police or soldiers had committed crimes and saying any culprits would be prosecuted.

The whistle-blowing website’s founder, Julian Assange, who was sharply criticised by the Pentagon for publishing the secret reports, said the release should throw light on what had happened in Iraq, thwarting an official “attack on the truth”.

“We hope to correct some of that attack on the truth that occurred before the war, during the war and which has continued on since the war officially concluded,” he told a news conference in London.

“Adding in the combatant deaths reported in these logs … we are now able to say that more than 150 000 people have been killed in total since 2003, of which about 80% were civilians,” Iraq Body Count co-founder John Sloboda said.

The Pentagon decried the website’s publication of the secret reports — the largest security breach of its kind in US military history, far surpassing the group’s dump of more than 70 000 Afghan war files in July.

Pentagon deplores leak
US officials said the leak endangered US troops and threatened to put about 300 Iraqi collaborators at risk by exposing their identities.

“We deplore WikiLeaks for inducing individuals to break the law, leak classified documents and then cavalierly share that secret information with the world,” said Geoff Morrell, the Pentagon press secretary.

Britain’s Ministry of Defence condemned the release of classified material, saying it could put the lives of British soldiers at risk.

WikiLeaks said it had edited out sensitive information and was confident the documents contained no detail that could lead to anyone being harmed.

“There is an obligation to investigate whenever there are credible allegations that torture has happened and those allegations are more than credible, and then it is up to the courts,” he told the BBC.

Phil Shiner, a lawyer representing Iraqi civilians who allege they have been tortured or harmed, said the documents reinforced his call for a judicial inquiry into British responsibility for civilian deaths in Iraq.

The Iraq war files, spanning 2003 to 2009, touched on other themes, including well-known US concerns about Iranian training and support for some Iraqi militias.

In one 2007 case, according to the documents, an Apache helicopter killed two Iraqi suspects who had made signs they wanted to surrender. The document said, “They cannot surrender to aircraft and are still valid targets.” It can be seen here: http://warlogs.wikileaks.org/id/E8DE9B9F-E468-B587-E4B332C09FF48BE2/

Media organisations given advance access to the documents broadly concluded they showed US forces had effectively turned a blind eye to torture and abuse of prisoners by Iraqi forces.

The documents also cited cases of rape and murder, including a videotaped execution of a detainee by Iraqi soldiers. That document can be seen at http://www.guardian.co.uk/world/iraq/warlogs/BCD499A0-F0A3-2B1D- B27A2F1D750FE720

More than 4 400 US soldiers have been killed since the start of the 2003 US-led invasion. All US forces are set to withdraw from Iraq by the end of next year. – Reuters