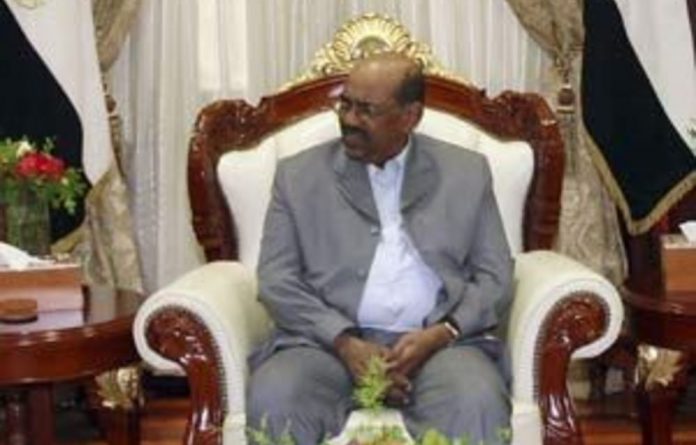 Khartoum has committed multiple breaches of an arms embargo over Sudan’s conflict-torn Darfur region and China has done little to ensure its weaponry is not used there, according to a confidential report seen by Reuters.

The latest report by the so-called Panel of Experts, which monitors compliance with a 2005 UN arms embargo for Darfur, is now in the hands of the Security Council’s Sudan sanctions committee. It says Khartoum’s violations include unauthorised transfer of military hardware and troops to Darfur.

UN diplomats say the panel’s unpublished findings are especially embarrassing for China, which denies knowingly providing Khartoum with arms or ammunition used in Darfur but tried to prevent publication of the arms report.

Some findings in the report have been leaked by diplomats, but Reuters was the first news organisation to see the report.

It describes how markings on most of the 18 types of bullet casings found at scenes of attacks against UN/African Union peacekeepers indicated they were manufactured in China.

“Twelve of these samples bear markings consistent with markings applied by manufacturers in … China,” the report said. “China pointed out that non-Chinese manufacturers may also apply markings such as those documented by the Panel.”

But several Security Council diplomats told Reuters that the expert panel had honoured a Chinese request for further evidence, which was now available to the sanctions committee. That evidence casts doubt on Beijing’s arguments, they said.

It was not immediately clear what that evidence was. Envoys said that in order to prevent further leaks embarrassing to China, the new proof could only be viewed at UN headquarters and would not be released to the 15 Security Council missions.

The report said the panel had no proof China knowingly transferred ammunition to Khartoum or “other actors” who Beijing knew would pass it to Khartoum for use in Darfur.

China has publicly complained about the report, saying it had “serious concerns” about it. However, the panel said Beijing promised to investigate how Chinese ammunition ended up in Darfur. Sudan said it will comment after the report is released.

It is not illegal to supply weapons to Khartoum, but states are required to have so-called “end-use” guarantees from the Sudanese government that the arms will not end up in Darfur.

Illegally transferred aircraft
Although China has received assurances from Sudan that its military hardware will not be transferred to Darfur, the panel said Beijing had done little to verify that those pledges were being kept and has simply taken Khartoum at its word.

“The Panel considers this reliance on Government of the Sudan statements as problematic,” the report said.

There were other types of bullet cartridges found at sites where peacekeepers were attacked, the report said, four of them Sudanese and the other two from Israel.

Other apparent violations of the arms embargo, the panel said, included the transfer to Darfur of Russian-made Sukhoi Su-25 “Frogfoot” ground attack jets, 15 of which Khartoum has purchased from Belarus since 2008.

“The jets were delivered under a letter of guarantee by the Government of the Sudan that they would not be used in violation of resolution 1591,” it said, referring to the arms embargo resolution adopted by the Security Council in 2005.

It said the transfer of the Su-25s, along with Russian military helicopters, to Darfur appeared to be a violation of the embargo as well as a breach of promises to the governments of Belarus and Russia not to bring the aircraft to Darfur.

Although it was not clear if the aircraft had been deployed in attacks on rebels in Darfur, the panel said the Su-25s had been used in illegal overflights, including some in the vicinity of camps for displaced persons in Darfur.

“The panel considers such low-altitude overflights to be intimidating and, therefore, offensive and in violation of resolution 1591,” the panel said. The report includes a photograph of a June 15 2010, overflight by two Su-25s.

Four Su-25s were clearly visible on the tarmac of the airport in El Fasher, the capital of North Darfur, when the Security Council was visiting earlier this month. A Reuters reporter photographed the jets in full view of Sudanese security forces and the UN envoys.

Darfur rebels say the government had been bombarding their positions in Jabel Marra in the run-up to, and during, the Security Council’s October 5-9 visit to Sudan.

The panel also said Khartoum has transferred soldiers to Darfur without authorisation from the Security Council sanctions committee, a further violation of the embargo.

The conflict in Darfur flared in 2003 when mostly non-Arab rebels took up arms against the government, accusing it of neglecting the region. Khartoum fought back, and the United Nations estimates up to 300 000 people died in the ensuing humanitarian crisis. Khartoum puts the death toll at 10 000. – Reuters

Reducing the size of the peacekeeping mission will endanger civilians, say critics of the move
Read more
National

One South African peacekeeper was killed and four wounded when a convoy they were escorting came under fire in Sudan's Darfur region.
Read more
National

Gas-rich Qatar says it will contribute to the Darfur Development Strategy, which aims to help the war-devastated region become more self-reliant.
Read more
Advertising
Continue to the category
National