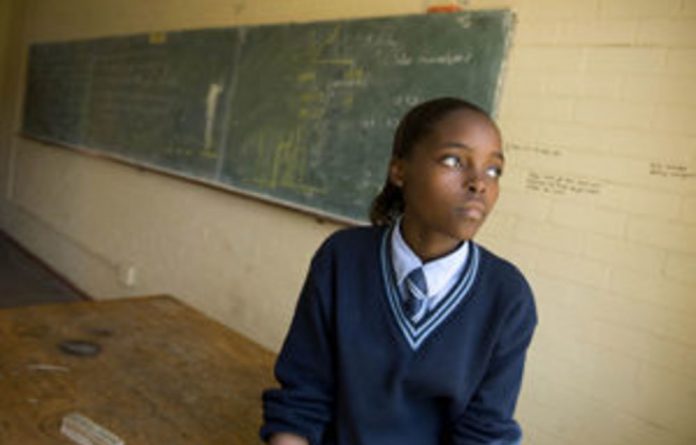 For some of the matric pupils at Phefeni Senior Secondary School in Soweto, 2010 was their year for dreaming big. But the recent teacher strike darkened their dreams, some told the Mail & Guardian as their final matric exams began.

The opposite was the case at King Edward High School (KES) in affluent Houghton, Johannesburg. Here learners were confident that they would ace all their exams — they said they had completed all their syllabuses and had not been affected by the three-week strike.

The M&G returned to the same schools it visited on Tuesday August 10, when the one-day public sector strike was held, and again the following day when teaching and learning was meant to have resumed.

Things were back to normal at KES on that Wednesday but teaching had not resumed at Phefeni.

Learners at Phefeni spoke about their fears and frustration about not being ready for the exams, about not having completed all their syllabuses and about teachers not resuming teaching after the strike.

Some even said they had not yet received their prelim results, while others had received the prelim marks but not their scripts.

Lingering effects
“I was looking forward to 2010 because it was supposed to be a big year for our country and I would be in matric, but this year has not been good to us,” said Gugu Majola, a pupil at Phefeni.

Fellow pupil Sfiso Hlatshwayo said: “The strike affected us more than anything this year.”

The major consequence of the strike was that many of them felt ill-prepared for the final exams, Majola said. “We saw certain [parts of the syllabus] of our maths paper only during the prelim exams,” she said.

Classmate Palesa Mofokeng said that it was only after seeing some prelim exam questions that she realised what had not been covered in the classroom. “Imagine seeing something for the first time in an exam,” she said.

Khaya Mavuso said another reason for feeling ill prepared was that she had not seen her prelim exam results. “I don’t think I did well in my prelim exam but I am afraid to ask my teachers for the results,” she said.

As the exams started, learners from both schools said that they were confident that they would pass history, the paper written that day.

“History is not difficult and the paper was exactly what we expected it to be,” said KES pupil St John Hunter just after he had written the exam.

“We were not blindsided by anything in that paper,” classmate Joshua Gray said.

“We were not affected by the strike, our teachers were helping us,” said Joash Gabriel, also unfazed after writing the history paper.

Siyabonga Tshabalala at Phefeni said he had not finished his history exam but had written enough to know that he would do well.

His classmates, Andile Kheswa and Mapaseka Samonne, said they were pleasantly surprised that everything they had prepared for was in the paper.

Asked about how well prepared he felt for the exams overall, KES pupil Bumebethu Mapukata’s confidence was evident in his nonchalant reply: “It’s just matric.” He was quick to add that he and his fellow pupils knew they were lucky because they were at a good school.

It was not passing but how good their passes would be that preoccupied the KES pupils. “We are not stressed about passing the exams, it is how [well] we are going to pass that is stressing us,” said Hunter, who is aiming for distinctions.

But even for these pupils, the spectre of maths coming later this week was chilling. “Call us on Friday and ask us about the maths paper,” said Mapukata, echoing the fears expressed by pupils at Phefeni.

‘Blessing in disguise’
At the Soweto school Bernard Ndima said he had taken his own initiative to ensure he would complete the maths syllabus and perhaps even get a distinction.

“I met a few engineering students from Wits in June and I asked them to help me with maths. I managed to complete the curriculum with those people and through their help I also gained confidence,” he said.

A teacher at Phefeni, who asked not to be named, said the challenges that faced the 2010 class were a “blessing in disguise because the interventions that followed were intense”. Phefeni was in a district that successfully implemented catch-up programmes after the strike, he said.

The different socioeconomic conditions in the schools and homes of learners were strongly at play when it came to the pupils’ readiness to write exams, said Martin Prew, director of the Centre for Education Policy Development.

He said learners from Houghton were not entirely dependent on their teachers to help them pass matric because they had more support from home than the average Soweto learner. “For Soweto learners it’s a double whammy because most did not get a normal lesson after the strike and most of them are not from highly literate, professional families so they would not get the support that others did,” he said.

Nkosinathi Sishi, the basic education department’s chief director of exams, said he was not aware that learners anywhere in the country had not yet received their prelim results.

“There’s a problem when learners do not get their marks, because the reason for writing the prelims is to assess readiness,” he said, adding that the national department would need to take this up at provincial level.