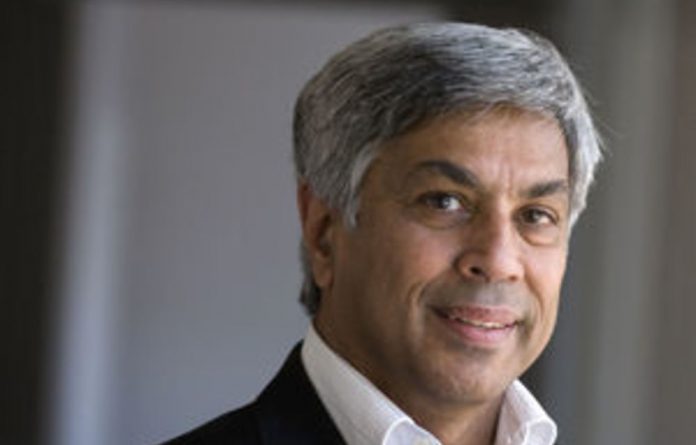 Questions have been raised about the South African telecommunications and IT regulator’s complicity in allowing Global Web Intact (GWI) and Screamer to lease spectrum, apparently illegally, from Sentech.

This follows the leaking of internal Sentech documents, which reveal that the Independent Communications Authority of South Africa (Icasa) has known about GWI and Screamer’s use of Sentech’s spectrum since 2007 but has done nothing about it.

Last week the Mail & Guardian reported that the spectrum leasing deal, which Sentech’s chairperson Quraysh Patel told Parliament’s portfolio committee on communications two weeks ago was “illegal” and a violation of the Public Finance Management Act, had benefited politically connected business people, led by Eddie Funde, the controversial former chairperson of the SABC who is now ambassador to Germany.

Funde is said to have been handed a 42% shareholding in GWI, the company whose relationship with Sentech is under question, for brokering the deal by introducing a GWI director to Sentech’s top leadership. He later earned R4-million when a consortium bought GWI and renamed it Screamer Telecommunications.

The SABC is a key client of Sentech and questions are likely to be raised about the propriety of the roles of Funde and Icasa, which appears to have turned a blind eye to the ­irregularity of the arrangement.

Another beneficiary was Telkom chairperson Geoff Molobela, who received R1-million at the time of the sale of GWI, but he said he was unaware of any impropriety in the deal.

He said he was brought into GWI to develop a business plan for the wireless broadband business and that he worked for more than a year without drawing a salary, that he had loaned GWI R50 000 and that in compensation Funde had given him a 5% shareholding in the company, which netted him R1-million in the sale to the consortium.

The spotlight has now turned to Icasa. The Sentech documents show that Icasa was aware of the relationship as early as October 2007 and has still not stepped in to terminate the relationship or take action against Sentech, Screamer or GWI.

The documents reveal that Sentech faxed a letter to GWI terminating the spectrum leasing relationship on October 4 2007.

The documents state that “Sentech terminated the agreement based on Icasa’s concern that GWI is threatening and intimidating other telecommunications service providers operating in the 2.5GHz band and 5.8GHz band”.

Screamer director Gavin Hart told the M&G that shortly after Funde and Molobela had been paid for their shares in GWI, GWI received a letter from Sentech alleging that a complaint had been lodged with Icasa about GWI and that it therefore had the right to cancel the agreement.

“We asked for details of the complaint and were offered the story that [GWI director] Dan Salmon had been threatening smaller ISPs [internet service providers] to use the spectrum,” said Hart. “We responded to them and advised them that they had manufactured the complaint and that the agreement stood.”

The documents also reveal that on October 1 2009 Icasa and Sentech met at the regulator’s request to discuss the use of the 2,5GHz spectrum band by Screamer because Icasa’s monitoring department had forwarded a case to its compliance department ­regarding this usage.

The next day Sentech lodged a complaint with Icasa regarding Screamer’s use of the 2,5GHz band, which was interfering with Sentech’s MyWireless customers.

The letter addressed to former Icasa chairperson, Paris Mashile, stated: “After having conducted its own preliminary tests to establish the source of the interference, Sentech established that [it was] Screamer Communications (Proprietary) Limited, formerly known as Global Web Intact (Proprietary) Limited.”

The letter said that Icasa had “undertaken to commence investigations” and would take action under the relevant legislation to stop Screamer using the spectrum.

But it appears Icasa failed to act — Hart told the M&G that the company was still using Sentech’s spectrum.

In the letter Sentech called for Icasa to take action within two weeks or it would have to pursue other legal avenues open to it.

Hart said that Screamer’s attorneys had never met Sentech’s attorneys despite many letters to Sentech requesting a meeting and advising it that the attempt to cancel the agreement was manufactured.

“They have never replied and are fully aware that we are using the spectrum under the terms of the agreement,” said Hart.

Last week the M&G reported that Salmon had suggested that Mashile informally offered to approve the Sentech/GWI deal. Salmon said that he was having lunch with Funde in Sandton Square when they had an impromptu meeting with Mashile who had sat with them while they discussed their plans to lease spectrum from Sentech.

Salmon claimed that Mashile had given his approval for the business plan, though Mashile denied this or that the meeting had taken place.

Jubie Matlou, Icasa’s spokesperson, said that its council had appointed a committee, led by two councillors, to look at the Sentech/Screamer matter. The committee would receive reports from the divisions that had been working on the matter and would come up with a recommendation for the resolution of the dispute.

“The council committee will then table its recommendation and a way forward before a full sitting of council to take a decision,” said Matlou.

“This process should take a week or so. The next council meeting is next week Tuesday.”

Siphiwe Nyanda, the Minister of Communications, released a statement on the GWI/Screamer issue.

He said he had taken note of the ongoing media debacle around the “illegal use of Sentech’s allocated spectrum by Screamer”.

Nyanda said that one of the anomalies identified by the ministerial task team he appointed in July 2009 to look into Sentech’s affairs was the GWI/Screamer deal.

“I am confident that the responsible authority will take actions against illegal operations, particularly those that are abusing spectrum policy directives as pronounced by my ministry,” said Nyanda.