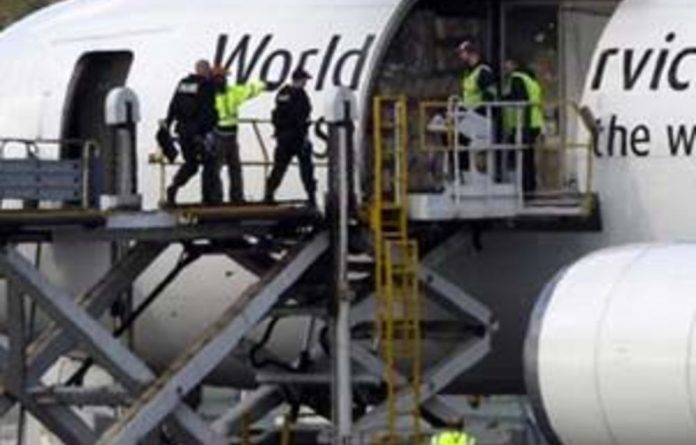 The United States searched on Saturday for the culprits behind a plot to bomb Jewish targets in Chicago uncovered by the interception in Britain and Dubai of parcels with explosives sent from Yemen.

US President Barack Obama vowed on Friday that US authorities would spare no effort to find the source of the packages, which he called a “credible terrorist threat” aimed at two places of Jewish worship.

Obama said security would be increased for air travel for as long as necessary. US officials said they were searching for more packages that could have come from Yemen, which has become a haven for some anti-American militants.

The security threat unsettled Americans just days before they vote in midterm congressional elections that have been dominated by economic woes rather than the issue of terrorism.

Suspicion fell on al-Qaeda in the Arabian Peninsula, which operates out of Yemen and claimed responsibility for a failed plot to blow up a US plane over Detroit on Christmas Day in 2009.

The group is affiliated with al-Qaeda, whose militants killed about 3 000 people using hijacked passenger jets in the September 11 attacks on the United States in 2001.

“Initial examinations of those packages has determined that they do apparently contain explosive material,” Obama said at a press briefing at the White House.

Underwear bomb plot
The New York Times reported that the packages contained PETN, the same chemical explosive used in the bomb sewn into the underwear of the Nigerian man who attempted to blow up an airliner over Detroit at Christmas, a plot hatched in Yemen.

The newspaper cited Representative Jane Harman, a Democrat on the House Homeland Security Committee, who was briefed by the Transportation Security Administration.

The improvised devices contained computer printer cartridges filled with the explosive, but one used a cell phone as a detonator and the other had a timer, she told the Times.

US law enforcement officials would not confirm the report, saying tests were still being done on the explosives.

The White House said “both of these packages originated from Yemen” and Obama was informed of the threat on Thursday.

One of the packages was found on a United Parcel Service cargo plane at East Midlands Airport, about 260km north of London. The other was discovered at a FedEx Corp facility in Dubai.

UPS and FedEx, the world’s largest cargo airline, said they were halting shipments from Yemen. UPS planes were searched and then cleared in New Jersey and Philadelphia.

One US official and some analysts speculated that the parcels may have been a test of cargo screening procedures and the reaction of security officials.

“This may be a trial run,” the US official said.

Obama’s counterterrorism adviser, John Brennan, would not say how the United States learned of the plot. But he told reporters: “We were on to this. We were looking for packages that were of concern.”

Of the plotters, Brennan said: “Clearly they are looking to identify vulnerabilities in our system. We’ve been able to stay ahead of them.” – Reuters