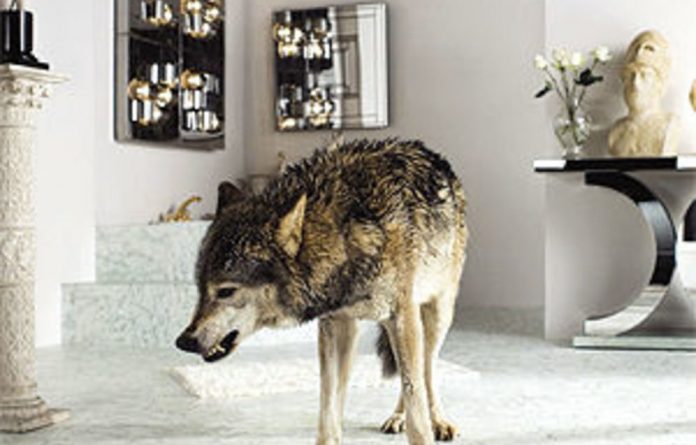 I’ve always imagined the Bad Seeds as a gang of pirates, wild men of sound, who set forth on the musical seas under the watchful eye of their skipper, the Blackbeard of rock ‘n roll, Nick Cave.

Well, if the Bad Seeds are Cave’s bunch of swashbuckling pirates then Grinderman are his crack squad of villainous rogues who have absconded from the main fleet in a rowboat, intent on some brutal ­mayhem.

You can almost hear the villagers yelling: ‘Lock up your women and children, Grinderman are coming.”
On the first Grinderman album, which Cave has described as ‘a mammoth midlife crisis”, songs such as No Pussy Blues were fixated on sex, ageing and masculinity and the sound harked back to Cave’s earliest punk outfit, the Birthday Party, with some Stoogesesque guitar.

Cave certainly had the right musicians for this exploration into primal human instinct — Jim Sclavunos had drummed with Lydia Lunch, Sonic Youth and The Cramps; Warren Ellis was the famed violinist from Australian psychedelic instrumental trio the Dirty Three; and Martyn Casey was a veteran bassist of Australian rock band the Triffids.

The band’s name comes from the rough-and-ready blues song recorded in Detroit in 1950 by Mississippi axe-man John Lee Hooker.

‘You know they call me the Grinder Man/ You know I can’t be seen in the day/ I do my grinding late at night baby/ You know it ain’t that still/ You tell all your friends/ You had to see me late at night,” read Hooker’s lyrics.

It was the sex-crazed narrator boasting about his prowess in Grinder Man that was the inspiration for Cave’s new band.

Cave told the Pitchfork music ­website that, when recording the debut Grinderman album, he had been singing the Hooker song in the studio.

‘I was singing that song, riffing on that idea,” said Cave. ‘Around that time we got this extraordinary loop from Warren, and I played around with singing the title over that loop [which became the album’s title track].

‘Later on we were fishing around for a name and having a lot of difficulty finding one that hadn’t already been claimed,” said Cave. ‘But the name seemed to sum everything up.”

So in 2007, 28 years into his career, which has spawned seven film projects, two books and more than 30 albums, Cave announced a new band.
This year the band reconvened and released their second album, appropriately titled Grinderman 2.

Cave has waxed lyrical about the freedom to explore that Grinderman has allowed him. For one, he plays guitar in the band, not an instrument he is known for cutting loose on.

Second, unlike the Bad Seeds, Cave doesn’t write any material before the band hits the studio. The music is created by days of improvisation, which are then edited down to find the moments of brilliance among the hours of recorded sound.

‘There’s a kind of open rule within Grinderman that it’s OK to embarrass yourself, to go to places that could be potentially disastrous.”

On Grinderman 2 songs such as Kitchenette see Cave sprouting lyrics like ‘I stick my fingers in your biscuit jar”, using a direct sexual metaphor like his old blues singing heroes. But the following line is, ‘and I crush all your gingerbread men”, twisting the song into a more violent take on lust.

Although some songs suggest a sexual aggressiveness, others are completely self-deprecating, like the lyrics to Worm Tamer, which read ‘My baby calls me the Loch Ness Monster/ Two great humps and then I’m gone”.

‘There is a sexual neurosis that runs through the record and that really seemed to come to the fore,” Cave told the Line of Best Fit website in September this year. ‘I remember saying to Warren, this sounds really evil and he was, like, ‘I know’.”

Yet, although most of the album picks up where Grinderman left off with album number one, all furious mayhem and sexual menace, the real stand-out tracks are the three mellower songs on the album.

The first, When my Baby Comes, starts life as a gentle track that sounds more like the Bad Seeds but after three minutes breaks into a swaggering psych-rock monster, dominated by Casey’s very sexy bass line.

The following track, What I Know, is a heartbreaking little number that has Cave sounding like he is singing from his grave over a gorgeous little ambient loop.

But the album highlight has to be Palaces of Montezuma, which is among the top 10 songs Cave has ever written. Similar to what you would expect from the Bad Seeds, Sclavunos maintains that the Bad Seeds would have sabotaged such a beautiful song, making it an ‘unlistenable fiasco”.

One thing is for sure, on album number two Grinderman have found their groove.
A Nick Cave side project? Whatever: Grinderman are giving the Bad Seeds a run for their money.

Controversy over the set-top box, which has delayed the government’s rollout of digital television for 16 years, rages on at the Zondo commission
Read more
Environment