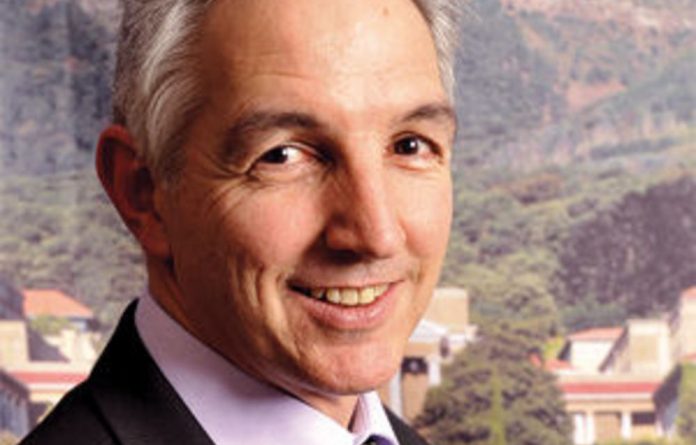 The University of Cape Town (UCT) aspires to be a globally competitive, research-led institution.

The pages that follow are a small sample of the breadth of research work being conducted at UCT. Our research contributes to the development of knowledge globally, and has specific and life-changing impact on our society locally.

The depth of the talent of researchers positions us well to grow the next generation of academics for South Africa and the continent, through the supervision of master’s and doctoral research and the recruitment of post-doctoral fellows.

South Africa and Africa face a multitude of challenges. Against this backdrop it is legitimate to interrogate the relevance of UCT’s work, and particularly whether it might be more appropriate for us to apply our expertise and research resources differently.

There is often an implied or even explicit criticism of universities that set their sights on international journals and conferences, worldwide university partnerships and exchanges — that they are not relevant to local needs, that they are ivory towers removed from the concerns of ‘real people’ and local communities.

These questions touch on an historical debate around the issue of pure research versus applied research. The question is posed amid issues of limited available financial resources, limited human — and particularly academic — resources, overwhelming and immediate educational and social-economic needs in society, political pressure on universities to make a difference to national priorities, pressure from business to target commercial priorities and at the same time, a burning desire for Africa and its universities to be globally competitive.

As a public-private institution in Africa, what should our response be?

The case for the university to focus on applied research is attractive. The university is applying its best brains to solving identified problems, often using technology and knowledge that has been reasonably well developed already and therefore is likely to produce positive results.

Sometimes it is the development of new technologies or ways of seeing the world, but steered by a particular problem. Numerous researchers at UCT pursue this mode of research.

In the Department of Civil Engineering a research consortium is building a diagnostic tool called Aquatest, which will be used by communities to test the quality of water in outlying rural areas, and an SMS system to report the results. This tool will be studied in a range of developing countries with a huge potential impact on rural health.

The same UCT team also developed cellphone technology to track patients’ compliance to their HIV and tuberculosis treatment. In our Law, Race and Gender Unit researchers have established a three-year Rural Women’s Action Research (RWAR) Project focusing on land rights for women, from inheritance and succession to marriage and women’s standing in communities.

Joining forces with rural organisations, the project attempts to understand the complexities and opportunities for women in these areas, and help them get to grips with the policy and legislative processes that affect their lives.

A research group in Economics conducts policy analysis and socio-economic research examining how economic growth interacts with and impacts on employment, household poverty and inequality in post-apartheid South Africa. The team also examines the role of social grants in poverty alleviation.

But what should the university’s attitude be to supporting blue sky research, also referred to as ‘pure’ research?

The researcher pursues new knowledge for its own sake, not necessarily with a focus on finding practical, implementable solutions to current real-world problems. This is curiosity-driven science, whose results are unpredictable, often going down many blind alleys before finding a path to some positive new discovery — hence, high-risk and expensive.

In the social sciences and humanities, such research may be aimed simply at a better understanding of ancient history, or at hidden meanings in language and literature, or at new interpretations of creative work — all of which enrich the individual and our understanding of society, but may be many steps away from addressing priority problems of society, economic development, commerce or government.

This snapshot of our research includes many examples of such curiosity-driven research — such as in maths, astronomy and cosmology, African studies, and others. Marrying quantum theory and general relativity, understanding dark matter and dark energy, and linguistic philosophy are all examples.

However, the polarisation is less dichotomous than many assume. Rather, there is a continuum of research from applied to pure, and very little research can in fact be placed at only one point on this continuum.

Many research projects start off on the more curiosity-driven end of the spectrum and evolve into applied work. Others start off trying to address concrete problems such as controlling an infectious disease, and end up having to do basic laboratory work sequencing the genome of a microbe.

I would estimate that over 90% of research at UCT has direct or indirect relevance to real-world problems — and in most cases, also South African problems. Ideally our research agenda should be without restriction — because the consequences of today’s research on future discoveries cannot be predicted. Moreover, there are always spin-off benefits that go well beyond the specific research.

The growth of the astronomy departments in anticipation of South Africa winning the bid to host the largest radio-telescope in the world, the Square Kilometer Array, is resulting in the training of computer scientists and programmers for very high-speed computing, infrastructure and engineers to deal with massive data transfer and storage capacity, supercomputers for data processing — in short, engineers, technologists and scientists who will sustain the future growth of the information-communication sector in South Africa, unrelated to astronomy.

Finally, the existence of advanced research laboratories in SA, scientists who contemplate the origins of the universe, neuropsychologists who seek to marry Freudian psychoanalysis with modern brain imaging to better understand our dreams, emotions and memories, philosophers who look at how language influences morality; this becomes a magnet for researchers from around the globe.

It is that sense of being one of the world’s grand central stations of knowledge production that will ensure we can retain our best academics and ultimately reverse the brain drain. This is what it means to be a world-class research university.

We hope this snapshot of UCT’s research inspires South Africans to be as proud of South Africa’s science and our researchers as we are of our Nobel Peace laureates, our star athletes, our political transition, our tourist attractions, and our hosting of the World Cup — all of which merit the nation’s ongoing investment.

UCT to embark on its own TRC