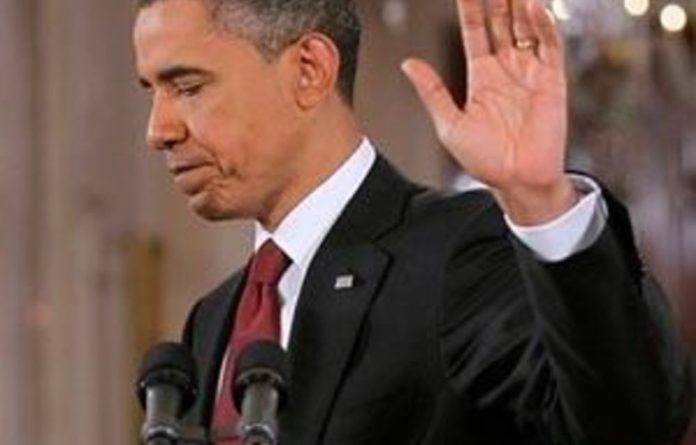 Obama’s Democrats lost control on the US House of Representatives in congressional elections last Tuesday as voters punished the party for high US unemployment after a campaign marked by criticism of China and outsourcing hubs like India.

But Indian newspapers noted Obama had rejected the view that Indian outsourcers poached American jobs, and that he had satisfied Indian demands for lifting of export controls imposed after India’s 1998 nuclear tests.

“Delhi feels Obama’s first words in India hit the right notes,” read a frontpage headline in the Hindu newspaper which said Indian officials were not perturbed at Obama not mentioning India’s traditional foe Pakistan while paying tribute to those killed in the 2008 Mumbai attacks.

Pakistan-based militants killed 166 people in a 60-hour rampage through India’s financial hub, gunning down their victims at luxury hotels, a train station and a Jewish centre. India says elements in the Pakistan state were behind the attacks.

Other newspapers too appeared to play down Obama’s making no reference to Pakistan, whose support is key to Western efforts to stabilise Afghanistan.

All Indian newspapers led with news the two countries were finalising deals worth about $10-billion that would lead to more than 50 000 US jobs.

On Saturday, Obama announced the United States would relax export controls over sensitive technology, a demand of India’s that will help deepen US ties with the emerging global power and its trillion dollar economy.

On Sunday Obama was scheduled to visit a school in Mumbai before speaking to north Indian farmers by video conference and attending a townhall meeting at a college in Mumbai.

After that he was scheduled to fly to New Delhi for a tour of a Mughal era tomb and dinner with Prime Minister Manmohan Singh.

Obama will also visit Indonesia, South Korea and Japan on an Asian tour that will see Washington push to prevent countries unilaterally devaluing currencies to protect their exports, a top theme at the Group of 20 heads of state meet in Seoul next week. – Reuters