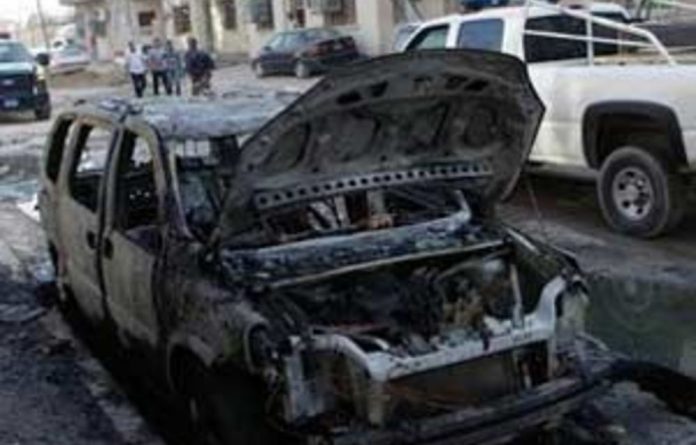 Iraq’s deeply divided political factions sealed a power-sharing deal more than eight months after an inconclusive general election, paving the way for MPs to meet to elect a speaker on Thursday.

The deal, clinched late on Wednesday night after three days of high-pressure talks between the rival factions, paves the way for an end to a months-long power vacuum that has witnessed growing violence in the country.

Washington had expressed mounting exasperation with the protracted coalition talks but had pushed throughout for a unity government that gave a stake to all of Iraq’s ethnic and confessional groups, a goal it finally secured.

The Iraqiya bloc of former prime minister Iyad Allawi, who had held out for months to take the premiership from incumbent Nuri al-Maliki after it narrowly won more seats in the March election, confirmed it had finally signed up to the deal.

“I can confirm that there was an accord last night but I cannot give details,” said Iraqiya spokesperson Intissar Allawi.

The support of the bloc, which won most of its support among the Sunni Arab minority that dominated Saddam Hussein’s regime and has been the bedrock of the anti-United States insurgency since the 2003 invasion, was seen as vital to prevent a resurgence of violence.

Government spokesperson Ali al-Dabbagh said that Iraqiya had agreed to accept the position of parliament speaker — not the premiership or the presidency they had long sought.

“A power-sharing agreement has been concluded and parliament will meet at noon [GMT] to elect Osama al-Nujaifi as speaker,” Dabbagh told AFP, referring to a Sunni MP from Iraqiya.

The election of the speaker will pave the way for incumbent President Jalal Talabani of the Kurdish former rebel group, the Patriotic Union of Kurdistan to be kept in office for a term.

It will then fall to him to name a prime minister-designate who will have one month to form a government that can win a parliamentary majority.

Despite the 11th-hour deal, it was clear that loose ends remained to be sorted and that Iraqiya negotiators still needed to meet with leaders of the bloc to explain the details of what they had signed up to.

“The leaders of Iraqiya are to meet today before parliament convenes at 3 pm,” the bloc’s spokesperson said.

A parliamentary source said that a committee had been formed to hammer out the remaining details of the sharing of power.

The 11th-hour talks had continued well into the night.

On Wednesday, the incumbent al-Maliki blasted his rivals in Iraqiya for boycotting the talks the previous day.

“Even if there are differences it should be remembered that we are in the same boat,” al-Maliki said after Allawi failed to show up on Tuesday.

“But if these differences are not managed responsibly they can easily degenerate into conflict,” he said against the background of a flare-up in violence that some leaders have blamed on the power vacuum.

A string of anti-Christian bombings on Wednesday killed six people, only days after a hostage crisis at a Baghdad cathedral by al-Qaeda gunmen that killed 44 worshippers and two priests.

Scores have also been killed in bomb attacks this month on Shi’ite cities and neighbourhoods across central and southern Iraq.

“We must take up the challenges that arise, not allow conspirators to return and put their hand into all that we have achieved,” Maliki said in an apparent barb at Allawi, a secular Shi’ite who is a former member of the Ba’ath party of the now executed Saddam Hussein. — Sapa-AFP

​Tony Blair has been damned, but is still defending the Iraq war

Iraq: A divided nation tears itself apart once again