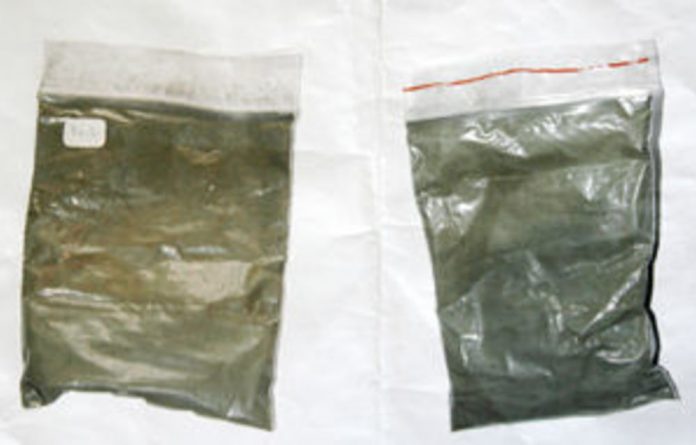 On a cold spring night this year two Armenian acquaintances took a trip together on a train through the Caucasus from Yerevan to the Georgian capital of Tbilisi.

Hrant Ohanyan (59), a semi-retired physicist in poor health, and Sumbat Tonoyan, four years older, a ruined businessman who gambled away his fortune, were facing an impoverished old age.

They carried a small package they believed would make them a fortune. But within hours, the little box they carried so carefully would trigger alarms from Tbilisi to Washington and bring down a heavily armed Swat team on the frightened men.

Ohanyan and Tonoyan were carrying highly enriched uranium (HEU), the stuff that nuclear warheads are made of. The United States and its allies are spending billions of dollars around the world to stop this elusive substance “falling into the wrong hands”.

The two Armenians were on the way to sell their precious sample to a man about whom they knew nothing except that he was probably Muslim and claimed to represent “very serious people” willing to pay up to $50 000 a gram.

If the sale was successful, the two smugglers had arranged to go back to their Armenian supplier for more.

According to their testimony, the supplier was Garik Dadayan, an acquaintance of Ohanyan’s who came to his flat one day in 2002 with a packet of grey-green powder.

Ohanyan, a scientist at the Yerevan Physics Institute, tested the sample and confirmed it was uranium, but he had no way of gauging its level of enrichment or market price.

Caught out
The next time Ohanyan heard about Dadayan was when Dadayan had been caught on the Georgian border in 2003 with 200g of HEU that tripped a sensor.

By 2005 Dadayan was out of jail, telling Ohanyan how close he had come to striking it rich, according to the latter’s testimony. So when Tonoyan gambled away the last of his fortune and came to Ohanyan begging him to find some HEU, Ohanyan knew where to go.

Dadayan boasted that he still had friends in the Urals and Siberia who could supply him with unlimited HEU. He suggested a trial sample of 100g, but only handed over 18g when Tonoyan and Ohanyan set off on March 10.

Sell that and there’ll be more, he promised. The smugglers stuffed the small zip-lock bag of grey-green powder into a cigarette box, which they lined with lead strips to fool sensors installed along the borders of the old Soviet Union.

The “portal radiation detectors”, built at great expense by the US government, represent a “second line of defence” to keep stolen bombs and bomb material from being smuggled out of the region. But they risk becoming the Maginot Line of the nuclear age. Smugglers can easily bypass them on mountain tracks, and well-shielded HEU is less likely to set off the alarms than natural radiation emitted by a banana shipment.

As an added precaution, Ohanyan and Tonoyan stashed the box in a small maintenance hatch between two carriages and got off the train when it stopped on the Armenian side of the border.

They then drove to Tbilisi by taxi, arriving well ahead of the train. They zigzagged the empty streets to make sure they were not being followed, before heading to the station to meet the train and pick up their stash.

It was Pavlenishvili who supplied the buyer — a Turkish-speaking undercover policeman, who met the Armenians in a room at an imposing Tbilisi hotel.

He and a Swat team watched the action unfold on a video feed from a hidden camera in the next-door room and moved in as soon as the exchange was made.

Nuclear experts draw some comfort from the fact that such hapless amateurs are involved in the nuclear smuggling game, but they may not be the only ones out there.

Back to Valindaba: SA’s plan to enrich uranium