Cosatu weighs in on labour debate 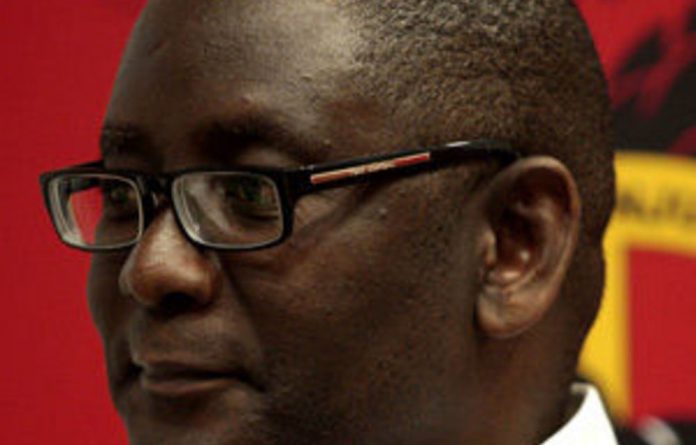 The growing number of South Africans who are unemployed or unable to sustain themselves on their salary was largely a sign of “exploitative flexibility” in the local labour market, the Congress of South African Trade Unions said on Saturday.

“The labour market is characterised by a large number of unemployed workers ready to accept any job in almost any condition at any rate per hour,” Cosatu spokesperson Patrick Phelane said in a statement.

“Casualisation of workers is on the increase … outsourcing and the use of labour brokers is widespread … these are signs of exploitative flexibility,” he said.

She said the government would not be able to emulate the growth performance of BRIC (Brazil, Russia, India, China) countries until it stood up to Cosatu.

Zille referred to factory workers who lost their jobs in Newcastle after factories were forced to close because they could no longer pay the statutory minimum wage.

“The workers were angry because they would rather earn less than the minimum wage than live in absolute poverty without any wage whatsoever,” she said.

Zille said the irony of workers and employees uniting against unnecessary job losses “must have been lost on Cosatu which continues to support inflexible labour legislation regardless”.

“Those factory workers in Newcastle who have lost their jobs will now join the ranks of the growing army of unemployed South Africans, two-thirds of whom are young black people under the age of 35 who have never had a job and have been rendered all but unemployable as a result.

“Cosatu is seemingly oblivious to this great tragedy.”

Zille said Finance Minister Pravin Gordhan had to be applauded for his commitment to create five million new jobs by 2020, but that his efforts to introduce a wage subsidy were being blocked by Cosatu.

“This pledge is backed up by some solid and innovative ideas, such as the R6-billion set aside for youth employment projects proposed by private firms,” she said.

“Cosatu is fighting to reverse this seemingly popular trend and standard practice by employers/would-be employers in this country,” he said.

He said “waving a magic wand supposed to deregulate the labour market” would not remedy the situation.

“It is about time Ms Zille learnt that the world of information technology don’t [sic] thrive through sheltered markets guaranteeing endless reservoirs of cheap labour, but survive on continuous innovation.”

Additionally, Cosatu would not support any national youth wage subsidy, but rather direct money towards “public employment creation”.

“In a number of cases wage subsidies tended to provide temporary relief to unemployment which is what we seek not for the wretched millions of under-employed and unemployed in this country,” Phelane said.

He said the composition of the country’s industrial structure as well as foreign ownership would need to be addressed to see change in the labour market. – Sapa