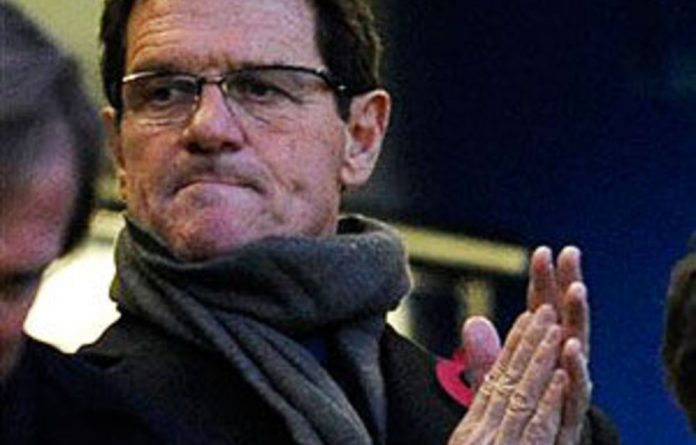 Fabio Capello will bring the curtain down on a painful year for England by offering hope of a brighter future in Wednesday’s friendly against France at Wembley.

The Italian appeared completely devoid of ideas as England crashed out with just one win from their four matches in South Africa, but he held on to his post despite an angry reaction from the English public and has been attempting to win back support with a cautious overhaul of his squad.

His cause was hardly helped, however, by a dour 0-0 draw at home to Montenegro in October that hampered England’s bid to qualify for Euro 2012.

It is that result that has prompted Capello to draft in a quartet of untried rookies for the visit of Laurent Blanc’s team in the final international of the year.

While it clearly suits the beleaguered Capello to buy time with his youth experiment, his hand has also been forced by injuries.

Chelsea defenders John Terry and Ashley Cole and Aston Villa forward Gabriel Agbonlahor all withdrew from the squad after suffering knocks at the weekend, while Capello was already without Wayne Rooney, Frank Lampard, Glen Johnson, Darren Bent and Jermain Defoe.

With Carroll forced to sit out training on Monday as he struggles with the groin injury sustained against Fulham on Saturday, Capello may have to take a closer look at Bothroyd instead if he wants an eager, fresh face in his forward line.

Released by Arsenal in 2000 after the Gunners lost patience with his immature attitude, Bothroyd had been stuck in the wilderness before hitting a rich vein of form in the Championship.

Bothroyd is the first player from English football’s second tier to be called up to the national team since David Nugent in 2007 and he is sure to feature at some stage alongside Peter Crouch or Carlton Cole.

‘If they have a bad game it can harm them’
Although France also finish 2010 in search of a cathartic victory after a woeful showing at the World Cup, Capello is well aware Les Bleus still possess more than enough quality to give his youngsters a tough time.

“It’s our hardest game since the finals,” he said. “I have seen their squad and it is the best team they can put on the pitch.

“So, when we speak about the young and new players, you have to be careful about the decision to put them into such a difficult game.

“If they have a bad game it can harm them, but if they do well, it helps the team recover as a whole.”

The French squad’s meltdown in South Africa was so spectacular that it eclipsed even England’s flop.

The former Manchester United defender admits his project is still a work in progress.

But Blanc, who will be without star winger Franck Ribery, hopes a positive result in London will provide the perfect springboard to reach Euro 2012.

“Before and after the England tie, we are and will remain in a reconstruction process,” Blanc said.

“This is an opportunity for some players to show against a major opponent that they can settle for good in the team.” — Sapa-AFP