Madagascar mutineers in talks with regime 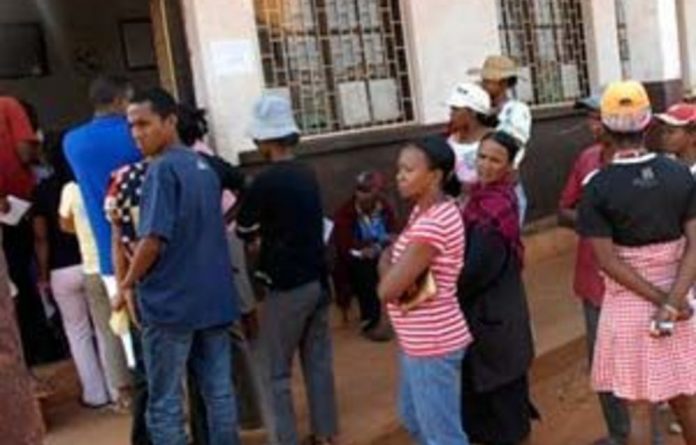 Madagascar troops who staged a mutiny and claimed to have seized power on the island were holed up in their barracks on Thursday, negotiating with the regime, a military source said.

“If the negotiations fail the regime is going to take a much tougher stance. There won’t be any en masse pardon. Orders have been given,” the source said, asking not to be identified.

Negotiations were taking place a day after General Noel Rakotonandrasana, a former armed forces minister who played a key role in the March 2009 army-backed coup that brought Andry Rajoelina to power, declared that government institutions had been suspended and a military council was in charge.

There were no signs of a military presence or unusual activity in the capital on Thursday with traffic on the streets and shops open for business as normal.

Rajoelina, speaking on Wednesday evening, insisted that “the government will assume its responsibilities and consequently take action”.

The mutiny took place on a public holiday as residents voted in a constitutional referendum on Wednesday. — Sapa-AFP