Madagascar to be discussed at SADC summit 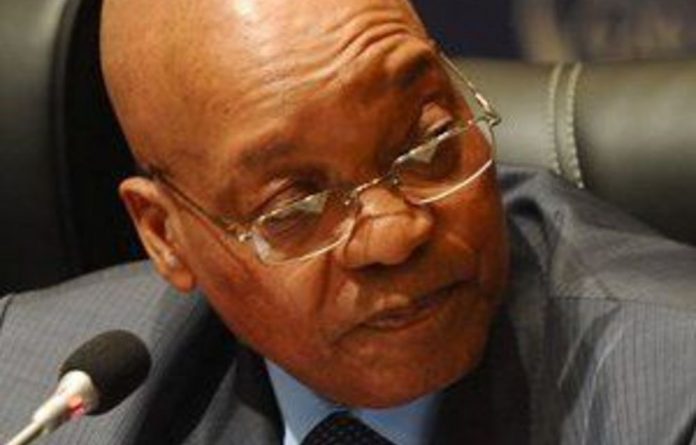 President Jacob Zuma arrived in Gaborone on Friday to attend the Southern African Development Community (SADC) summit, where the political situation in Madagascar is expected to be discussed.

International Relations and Cooperation Department spokesperson Saul Molobi said in a statement the summit, including SADC heads of state and government, would take place between November 19 and November 20.

Former Mozambican president Joaquim Chissano is the SADC mediator in the Madagascan crisis.

The Associated Press (AP) reported on Friday that civilians in Madagascar were ordered to evacuate the area in and around a military base near the capital Antananarivo’s airport where mutinous soldiers have been holed up for three days.

This was after top officers on Wednesday called journalists to declare that they were taking over the country from Andry Rajoelina, the report said.

The move by the military reportedly took place as Madagascar held a referendum on a new constitution that would keep Rajoelina in power indefinitely.

Charge against former president
He took power, with military backing, from former President Marc Ravalomanana in a 2009 coup. Ravalomanana took refuge in Swaziland and then in South Africa, where he remains.

In September Ravalomanana was sentenced in absentia to hard labour for life after being found guilty of charges of murder and accessory to murder, a move reportedly frowned upon by South Africa.

At the time International Relations and Cooperation Minister Maite Nkoana-Mashabane said the judgment in absentia would not help resolve the country’s problems.

South Africa takes part in the summit “in the context of its commitment to strengthening and consolidating the SADC as a sub-regional economic bloc and a vehicle for the attainment of sustainable regional political and economic integration and development”, the statement said.

The SADC headquarters in Gabarone is expected to be officially inaugurated during the summit.

Zuma was joined by Nkoana-Mashabane and other senior government officials. — Sapa

President Cyril Ramaphosa’s move to appoint a Cabinet that is gender equitable is commendable, but more needs to be done in the corridors of power
Read more
National

In March, her department missed a deadline to deliver a plan of action on the cost, scale, and modality of a District Six restitution programme
Read more
Africa

Rajoelina and Ravalomanana have been locked in a fiercely personal duel for power, coming first and second in the preliminary election in November
Read more
Advertising
Continue to the category
Coronavirus