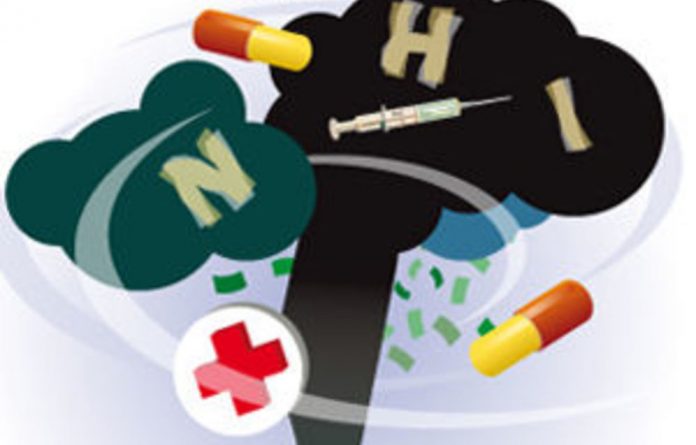 There are only two certainties about government’s National Health Insurance (NHI) plan. The first is that NHI will happen, regardless of the myriad seemingly insurmountable obstacles. And the second is that it’s going to cost taxpayers billions of rand.

The question top of mind for those of us considering holding on to our existing medical-aid schemes or signing up for new cover is whether we will even need it.

Lee-Ann du Toit, the chief marketing officer at Momentum Medical Scheme Administrators, says one should never postpone healthcare provision. The NHI is unlikely to be implemented with a “big bang” approach, meaning the infrastructure and human resources required to provide the intended levels of care will emerge only over a period of years.

“People should definitely continue joining medical schemes and, at the very least, sign up for a hospital or similar plan to cover the high cost of unforeseen medical expenses,” says Du Toit.

Peter Jordaan, marketing executive at Fedhealth, agrees, “People should still join a medical scheme,” he says. “One of the toughest challenges facing the medical-aid industry today is to convince the young and healthy that they should sign up for a medical aid.”

Jordaan warns against complacency. Yes, NHI is on the cards, but at this stage we have no idea how it will be implemented and what cover will be offered. “Waiting around without cover will result in severe financial difficulty in the event a medical emergency occurs,” he says.

Graham Anderson, the principal officer of Profmed, wouldn’t wait on government medical cover either: “We don’t expect that the services available in the public sector within the next five years will be of an acceptable standard and recommend that consumers join a medical scheme that offers a minimum of comprehensive hospital cover.”

South Africa’s NHI is loosely based on public healthcare systems rolled out in developed economies such as the United Kingdom and Sweden. Evidence suggests that people in these countries aren’t entirely dependent on the state for their healthcare needs.

Du Toit says: “In countries where NHI has been implemented already, statistics show that, on average, 12% to 14% of the population continues to purchase some form of private healthcare cover.”

In South Africa, with about two million principle healthcare members and eight million beneficiaries, 17% of the local population is “covered” by the private healthcare net.

Will private medical schemes continue to exist hand in hand with the NHI?

The experts aren’t keen to comment until a clear NHI framework, including benefit packages and tax implications to existing private medical-scheme members, emerges.

“Once we have more facts, we will be able to gauge issues of affordability, as well as the likely uptake of private medical cover post-NHI,” says Jordaan.

The duality of the system will probably link back to affordability. Those who can afford to contribute to both systems will probably want the added security of double cover. But there’s little doubt a fully functioning NHI will fast-track the evolution of private medical schemes’ product offerings.

“We expect significant change in the structure and nature of the benefits offered by medical schemes, probably along the lines of hospital and dread-disease cover,” says Anderson. But at the moment it’s business as usual for the schemes and existing and prospective members.

“Medical schemes launch their annual product changes towards the end of September,” says Du Toit. This gives brokers time to inform existing members (employer groups or individual members) of premium and benefit changes as well as advise them on appropriate steps going forward Anderson says members should carefully consider the changes in their benefits to ensure they meet their medical requirements.

He notes that the financial hardship experienced by consumers through 2008/9 resulted in many opting for cheaper benefit options within medical schemes, though few members abandoned their medical aids because of the inadequate care available in public hospitals and the penalties that can be imposed when rejoining a private medical aid.

In the case of new members, the financial soundness of the scheme is of paramount importance. Jordaan says that by choosing one of the bigger schemes you benefit from stronger bargaining power, a larger risk pool and continued financial viability.