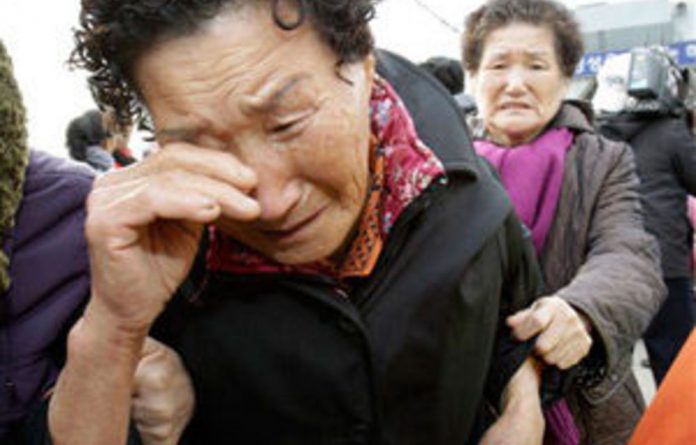 A US aircraft carrier headed toward the Korean peninsula on Wednesday, a day after North Korea launched dozens of artillery shells on a South Korean island.

The nuclear-powered USS George Washington, which carries 75 warplanes and has a crew of over 6 000, left a naval base south of Tokyo on Wednesday morning and would join exercises with South Korea from Sunday to the following Wednesday, US officials in Seoul said.

“This exercise is defensive in nature,” US Forces Korea said in a statement. “While planned well before yesterday’s unprovoked artillery attack, it demonstrates the strength of the ROK [South Korea]-US alliance and our commitment to regional stability through deterrence.”

China came under heavy pressure to rein in North Korea after its reclusive ally fired dozens of artillery shells at the South Korean island, killing two South Korean soldiers and setting houses ablaze in the heaviest attack on its neighbour since the Korean War ended in 1953.

US President Barack Obama, woken up in the early hours to be told of the artillery strike, said he was outraged but declined to speculate on possible US military action.

However, in a telephone call with South Korean President Lee Myung-bak, Obama pressed the North to stop its provocative actions.

The US-led United Nations Command said it had asked North Korea for talks to try to reduce tension on the divided peninsula.

We’re in a semi state of war,” South Korean coastguard Kim Dong-jin told Reuters in the port city of Incheon where many residents of Yeonpyeong island fled in panic as the bombardment triggered a fire storm.

The bombardment nagged at global markets, already unsettled by worries over Ireland’s debt problem and looking to invest in less risky markets.

“If you look back at the last five years when we’ve had scares, they were all seen as buying opportunities. The rule among hedge funds and long-only funds is that you let the market sell off and watch for your entry point to get involved,” Todd Martin, Asia equity strategist with Société Générale in Hong Kong, said.

Despite the rhetoric, regional powers made clear they were looking for a diplomatic way to calm things down.

South Korea, its armed forces technically superior though about half the size of the North’s one-million-plus army, warned of “massive retaliation” if its neighbour attacked again.

But it was careful to avoid any immediate threat of retaliation which might spark an escalation of fighting across the Cold War’s last frontier.

“My house was burnt to the ground,” said Cho Soon-ae (47) who was among 170 or so evacuated from the island of Yeonpyeong on Thursday.

“We’ve lost everything. I don’t even have extra underwear,” she said weeping, holding on to her sixth-grade daughter, as she landed at the port of Incheon.

South Korea was conducting military drills in the area at the time but said it had not been firing at the North. It later said it would resume those drills once the situation stabilised.

China has long propped up the Pyongyang leadership, worried that a collapse of the North could bring instability to its own borders and also wary of a unified Korea that would be dominated by the United States, the key ally of the South.

In a clear prod to Beijing during a visit to the Chinese capital, US North Korea envoy Stephen Bosworth said: “We call on all members of the international community to condemn the DPRK’s acts and to make clear that they expect the DPRK to cease all provocations and implement its denuclearisation commitments.”

Mr Kim’s old game
On Tuesday, Obama said he would urge China to tell Pyongyang “there are a set of international rules they must abide by”.

Beijing said it had agreed with the United States to try to restart talks among regional powers over North Korea’s nuclear weapons programme.

A number of analysts suspect that Tuesday’s attack may have been an attempt by North Korean leader Kim jong-il to raise his bargaining position ahead of disarmament talks which he has used in the past to win concessions and aid from the outside world, in particular the United States.

Several analysts believe the attacks may also have been driven by domestic politics, with the ailing Kim desperate to give a lift to his youngest son, named as heir apparent to the family dynasty in September but who has little clear support in the military. – Reuters