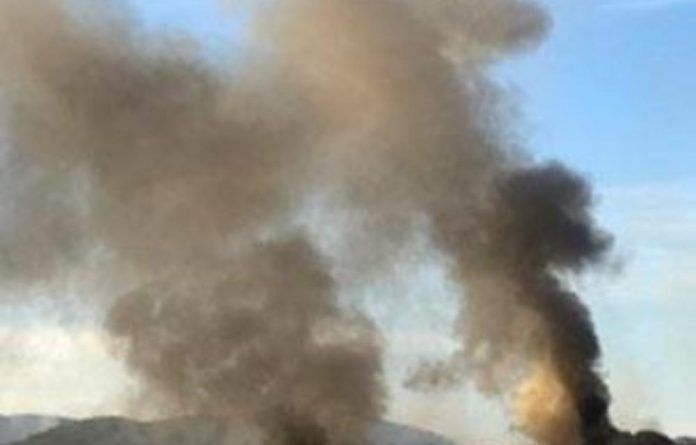 South Korean President Lee Myung-bak accepted the resignation of his defence minister on Thursday, two days after an attack by North Korea and amid criticism that the South’s response was too slow.

Minister Kim Tae-young had tendered his resignation in May after criticism over the sinking of a South Korean naval vessel, the Cheonan, in March, also blamed on North Korea. Forty-six South Korean sailors were killed in the attack.

Lee only accepted the resignation on Thursday “to improve the atmosphere in the military and to handle the series of incidents”, a presidential official said.

North Korea fired a barrage of artillery shells at island of Yeonpyeong off the peninsula’s west coast on Tuesday, killing two civilians and two soldiers and destroying dozens of houses. Members of Lee’s own party and opposition lawmakers accused the military of responding too slowly.

The government was also criticised for its perceived weak response to the Cheonan incident. North Korea has denied responsibility for that attack.

China on Thursday expressed muted concern about joint United States-South Korean military exercises in the Yellow Sea, while North Korea threatened further attacks on the South if there were more “provocations”.

Seoul said it would increase troops on islands near North Korea after the bombardment, which caused a sharp spike in tension in the world’s fastest growing region.

Washington is putting increasing pressure on China to rein in North Korea, but a foreign ministry spokesperson in Beijing said what was needed was a revival of the stalled six-party talks involving the two Koreas, Russia, China, Japan and the US.

“We have noted the relevant reports and express our concern about this,” spokesperson Hong Lei said, referring to the joint military exercises next week and the involvement of the nuclear-powered aircraft carrier the USS George Washington in the drill.

But Beijing has previously used stronger language to signal its displeasure. In August, the People’s Liberation Army said earlier plans to send the George Washington to the Yellow Sea would make it lose respect and threatened long-term damage to Sino-US relations.

Seoul expressed frustration with Beijing for not taking sides, noting even Russia had condemned this week’s attack.

“We must engage with China for it to take more responsibility on North Korea’s behaviour,” a government official, who asked not to be named.

Bellicose Rhetoric
There was no let-up, however, in the typically bellicose language used by North Korea.

“[North Korea] will wage second and even third rounds of attacks without any hesitation if warmongers in South Korea make reckless military provocations again,” the North’s KCNA news agency quoted a statement from the military as saying.

“The US cannot evade the blame for the recent shelling,” it added. “If the US truly desires detente on the Korean peninsula, it should not thoughtlessly shelter the South Korean puppet forces, but strictly control them so that they may not commit any more adventurous military provocations.”

North Korea said the shelling was in self-defence after Seoul fired shells into its waters.

A bitterly cold wind was blowing through the hilly island on Thursday when reporters were allowed to visit for the first time since the attack. North Korea was clearly visible.

Houses were deserted with most residents having fled to the mainland, many with their roofs caved in and charred black. Broken glass was strewn in the narrow alleyways.

Kim and his son and designated heir, Jong-un, visited the Yellow Sea coastal artillery base from where shells were fired at Yeonpyeong just hours before the attack, North Korean media reported.

“This kind of serious provocation could only be planned by Kim Jong-il,” the South Korean government official said, adding the attack was also designed to promote the younger Kim’s military credentials.

No rogue commander
The government declined comment but, if correct, would rule out one theory that the North’s bombardment of Yeonpyeong might have been the decision of a rogue military commander.

US officials have said the attack appeared linked to the upcoming succession in North Korea’s leadership.

It was the heaviest attack by the North since the Korean War ended in 1953 and marked the first civilian deaths in an assault since the bombing of a South Korean airliner in 1987.

South Korea said it would pursue constructive engagement with China, which also has coast along the Yellow Sea, to use its influence over Pyongyang.

That plan looked to have suffered a setback with a later announcement that Chinese Foreign Minister Yang Jiechi had delayed a plan to visit Seoul this week. No reason was given.

China has long propped up the Pyongyang leadership, worried that a collapse of the North could bring instability to its own borders. Beijing is also wary of a unified Korea that would be dominated by the US, the key ally of the South.

“If China does not put public pressure on North Korea, provocations by North Korea will continue,” Seoul’s Chosun Ilbo newspaper said. “If the Korean peninsula is in flames, Chinese prosperity will shake from the bottom.”

The deaths of civilians have added to anger in the South.

“Let me say a word about those bastards at the Blue House who advised the president to say the situation should be managed to avoid a full-blown war,” the Korea Joongang Daily quoted ruling party Representative Hong Sa-duk as saying.

“They must all be fired for advising the president to have such a weak response.”

While the rhetoric continues, global markets have moved on to other issues after Tuesday’s attack. The stock market opened up in Seoul on Thursday but closed almost flat. — Reuters