Ironies in Bafokeng platinum mine 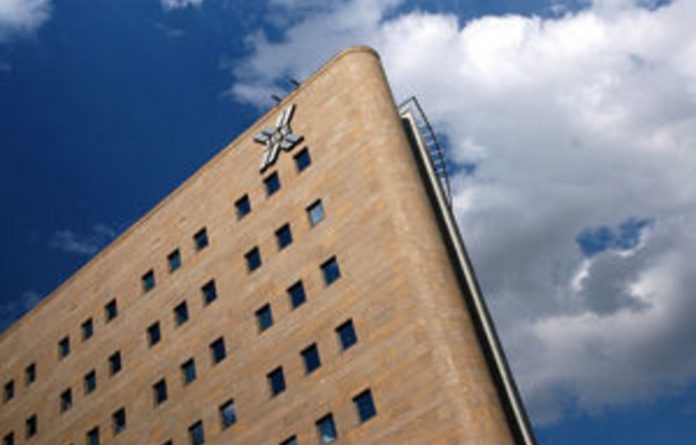 November saw the listing on the JSE of a majority black-owned mining company with a future as shiny as the metal it mines, platinum.

Foreign and local investors agreed about the prospects of Royal Bafokeng Platinum (RBPlats), oversubscribing for the offer of 30% of the company.

RBP easily raised almost R3-billion, some of which is needed to develop the company’s mining assets, and the eagerness of foreign investors particularly to pile into the company was seen as a vote of confidence, against the backdrop of the support for nationalisation by the ANC Youth League.

Niall Carroll, the chief executive of Royal Bafokeng Holdings, which is the BEE investor in the platinum mining company, reportedly believes the company’s majority black ownership made it more attractive to foreign investors, on the grounds that it would make it less of a target to would-be nationalisers. Yet the listing almost didn’t happen.

It was suspended because Impala Platinum made an offer to buy the mine at the centre of the company for R20-billion, twice the R10-billion imputed value of the company. Carroll, while celebrating the result of the listing, has criticised Anglo Platinum, an Anglo American subsidiary and Impala rival, for blocking the purchase.

In 2008 the joint venture was restructured to give the Bafokeng a majority stake. Angloplats swapped 17% of its 50% stake in the mine for an indirect interest in the overarching platinum company that was listed as RBPlats. Angloplats continues to own 33% of the joint-venture mine directly.

Angloplats had the right to block an Impala bid to buy RBP’s Rasimone platinum mine and exercised this right. So the listing went ahead. Why would this happen? After all, Angloplats would have benefited from the sale as much as the Bafokeng tribe who ultimately own the majority of the shares in the mine.

Angloplats is a company with a market capitalisation (the number of its shares multiplied by the share price) of R183-billion. Why would it be concerned about the future of this relatively small venture? To see why, you need to go back in history.

The 300 000-strong Bafokeng tribe, through luck and hard work, have managed over the years to hold on to the valuable assets they obtained about 150 years ago. They owned land rich in platinum ore — and hence the mineral rights — and neither the apartheid regime nor mining companies managed to dispossess them of those mineral rights.

Ironically, though, the new mining legislation brought in by the ANC did threaten to dispossess the Bafokeng. The Mineral and Petroleum Resources Development Act effectively nationalised mineral rights and replaced them with mining licences.

The Bafokeng, like any other rights-holder, stood to lose them and, unlike the mining companies, they were not actually mining anything. It would have been unfair, to say the least, to punish the tribe whose foresight had brought them the boon.

A constitutional challenge to the Act by the Bafokeng might have overthrown the whole minerals nationalisation effort. So the Bafokeng held on to the rights and swapped them for shares in Impala Platinum.

The Bafokeng, or more correctly Royal Bafokeng Holdings (RBH), owns about 13% of Impala Platinum, as well as being in bed with rival Angloplats. Had the Impala bid for the Rasimone mine gone ahead, the Bafokeng would have swapped their share in the mine for a larger stake in Impala Platinum, reportedly more than 20%.

Carroll is reported as saying that Angloplats’s refusal to let the deal go through left a bitter taste, because the closeness of the mine to the Impala lease area meant there was “clear logic for a combination of these two assets and a consolidation of RBH’s equity interests into one platinum producer. We are frankly disappointed that the industry leader, which has dominated the PGM [platinum group metals] landscape for decades, has chosen to frustrate our legitimate aspirations, even as a minority shareholder in a significant black-owned entity.”

But what the deal would also have done is follow a well-worn path of small and promising majority black-owned and -operated companies vanishing in favour of smaller, passive BEE stakes in large whiteowned companies. The same thing happened in the oil industry. And this would happen at a time when the mining industry is under intense scrutiny purely in terms of ownership percentages.

So it’s hard not to see the point of Neville Nicolau, the Angloplats chief executive, who told Bloomberg News the company wanted to get away from symbolic BEE. Angloplat, he said, wanted “a black-operated company”.

This is not the end of the affair, because Angloplats can’t block a sale of RBPlats or its assets forever and must have other things on its mind. Yet it would be a pity to see the end of yet another majority black-owned company as the logic of capitalism beats the imperative of BEE.

Transformation in an age of compliance

The chink in the media’s armour