Nukes to the rescue? 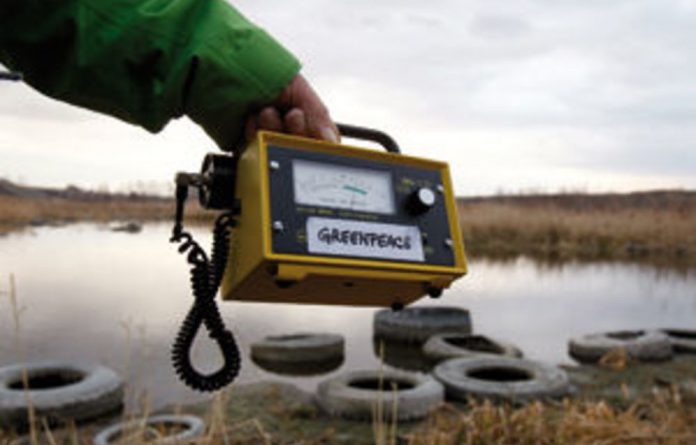 No energy source excites as much divided opinion as nuclear. Although it could be the panacea for South Africa’s unwanted status as one of the world’s worst carbon emitters, nuclear is also the most expensive and potentially dangerous energy source available.

According to the draft Integrated Resource Plan (IRP2010), which sets out how the country will double its electricity-generating capacity in the next 20 years, nuclear could contribute 11.3% of our electricity by 2030. South Africa has pledged to reduce its carbon emissions by 34% in 2020, and by 42% in 2025.

According to data published on the department of environmental affairs website, 85% of South Africa’s fossil fuel-related carbon emissions come from coal, which forms the bulk of our current electricity-generating capacity.

Given that South Africa is responsible for more than 40% of Africa’s fossil fuel-related emissions and 1% of global emissions, nuclear energy could play a key role in mitigating climate change.

That’s certainly the thinking behind the inclusion of nuclear in the IRP, according to Rob Adam, the chief executive of the Nuclear Energy Corporation of South Africa (Necsa), a state-owned enterprise responsible for nuclear research and development. “You get very small, very well-managed amounts of nuclear waste — maybe a tonne or so per year. Compare that with the 300 to 500 million tonnes of carbon dioxide we currently emit annually,” Adam said.

The first of six 1 600 MW nuclear units would come online in 2023, according to the IRP, but even though its completion is still 12 years away, the government will have to sign off on the first unit as early as next year to meet the deadline. But, with the unintended delay between the national fiscal cycle and the IRP timetable, any decision made in 2011 could be implemented only after funds had been made available in the 2012-2013 budget, Adam said.

The 12-year lead time for a nuclear plant includes three years of planning, eight for construction and enough leeway for any delay. By comparison, the IRP puts the lead time for wind-generated projects at three years, and five for solar.

Tristen Taylor, Earthlife Africa project coordinator, said that these comparative time frames set nuclear unfavourably against renewable energy options, which could also help South Africa to meet its ambitious carbon emissions reduction targets . “Our priorities are getting power into the grid immediately and reducing our carbon emissions, which must peak by 2020. Nuclear build comes too late in both cases,” Taylor said.

He also set out the environmental case against nuclear energy: “It produces highly radioactive carcinogenic waste that lasts for hundreds of thousands of years, posing environmental problems for future generations. Yet we have renewable alternatives that pose none of the inherent risks [of nuclear],” he said.

Annually, 30 tonnes of uranium is required by each of the two reactors at Koeberg, South Africa’s only nuclear power station. An average of 200 cubic metres of low-level radioactive waste and 400 cubic metres of intermediate waste is transported to Vaalputs in Namaqualand where it is stored.

High-level waste is deemed too “hot” to be transported by road or rail and is stored on-site. This could be reprocessed, but currently it is not economically viable, said Eskom’s nuclear spokesperson Tony Stott. But at the scale of the nuclear rollout envisaged in the IRP, this would change, Stott said.

According to Adam, ‘the nuclear fuel reprocessing cycle is supposedly a closed one, but practically speaking — about 4% of the spent fuel — mostly plutonium — would have to be disposed of”. This would mean that 96% of South Africa’s high-level waste could be re-used.

Referring to renewable energy sources as an alternative to nuclear, Peet du Plooy, the programme manager for sustainable growth at Trade and Industrial Policy Strategies (Tips), said that they provided a different flow of electricity because they depended on the vagaries of wind and sun. As a like-for-like replacement for the constant electricity (known as baseload) generated by coal-fired power stations, nuclear was the best fit.

But Taylor said that, ‘with enough renewable energy spread widely enough across the country, you could meet baseload demand”. Nevertheless, the draft IRP makes room for both options, with renewable energy sources (excluding hydro) to contribute 12 790MW, or 15%, of our electricity by 2030 compared to 11.3% for nuclear.

Du Plooy said that this was the wise choice. “Some would accuse nuclear of taking up space that renewables should occupy but, in a balanced view, there is room for both.” Another objection to nuclear is cost — a factor complicated by the long lead time it requires, making fi nancial projections difficult.

Du Plooy said that “nuclear has a terrible reputation globally for not delivering on budget and on time”. Taylor agreed, citing the example of the ill-fated pebble bed modular reactor (PBMR) project, which took 11 years to develop and cost the taxpayer between R7-billion and R9-billion before it was moth-balled in September this year.

But, whereas PBMR was experimental technology, the reactors on offer from South Africa’s nuclear suitors — France, the United States, Russia, South Korea and China — are established technologies. Eskom has considered increasing nuclear energy output before and was on the brink of signing a deal with either French manufacturer Areva or a US consortium led by Westinghouse in 2008, but pulled back, citing a lack of funding.

By comparison, the proposed 4 800MW Kusile coal-fired power station to be built in Mpumalanga would cost an estimated $21-billion , which came to $4 375 per kilowatt capacity installed. As such, a Korean reactor cost less per kW of installed capacity than Kusile, Adam said. Although it might still be an expensive technology to set up, the running costs of nuclear were lower than other baseload technologies because of the low volumes of nuclear fuel required.

Adam cited the example of the 1 800MW Koeberg unit , which was the “most profi table in Eskom’s stable”. And South Africa could well look east for its nuclear technology, if recent diplomatic activity is anything to go by.

Agence France Presse reported in October that Deputy President Kgalema Motlanthe was in Korea to sign a nuclear deal, and the Mail & Guardian reported last week that China had off ered South Africa nuclear reactors in exchange for its support of China’s position on climate change.

But Taylor said the opportunity costs of nuclear remained high. This referred to alternatives that you could get for the same amount of money in the same amount of time. As things stood, nuclear and wind power were “broadly compatible price wise”, Du Plooy said, but the two solar technologies (thermal and photovoltaic) were more expensive — although the price of solar technology was “improving the whole time”, as growing demand reduced the cost of supply.

“If you double your solar capacity, you decrease its cost by between 10% and 18% [depending on the technology used]. Nuclear, on the other hand, is likely to become more expensive, because of rising safety and regulatory costs. So at some point you will get a crossover in price between the technologies,” Du Plooy said.

Adam said: “If you’re going to spend $100-billion, you should try to spend that in South Africa.” But he conceded that ‘we may well not have the critical skills to localise”. Taylor believed that the highly specialised nature of nuclear technology
would exclude more South African manufacturers and job seekers than with renewables.

Du Plooy, on the other hand, argued that both options could be built on a scale that would make it viable to establish a local manufacturing sector in either, or both.

For this reason, he said, the IRP has done well to hedge its bets: “A quarter of new build will be nuclear, which is on a scale that will create local jobs. But we are rolling out plenty of renewables at the same time.

“One thing that you can be sure of with any planning of this nature is that you will be wrong, so you must give yourself room to manoeuvre,” Du Plooy said.