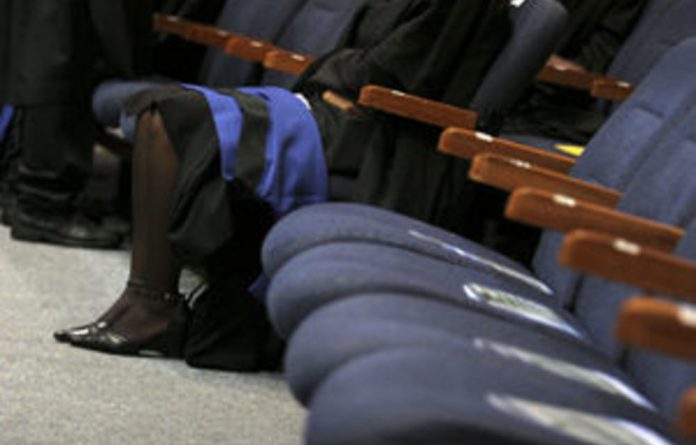 On the subject of the training of teachers in the all-important foundation phase (that is, up to grade three), professors Sarah Gravett and Elizabeth Henning of the University of Johannesburg say that I deny the importance of theory (as opposed to practice) and that universities (rather than colleges of education) are better equipped to deal with that.

They were responding to my case for reopening some of the former colleges. My position, say Gravett and Henning, is “mainly based on a rather constricted view of education — that universities offer ‘abstract theory'”.

At no stage in my article did I suggest that “theory and practice [should] be viewed as separate”. In fact, I was at pains to make the point that, “unless teachers are adequately trained in and are fully aware of the language implications of the processes they are involved in while they are imparting knowledge and understanding and stimulating intellectual growth, they cannot maximise the contact time they have in the classroom”.

I also argued that: “Cognitive development and intellectual growth are inseparable from language development … Teachers must be linguistically self-conscious and self-reflective about what they are doing. This maxim applies as much to the teaching of reading and writing as it does to learning to calculate and to reason.” If this constitutes a view that separates theory from practice, I don’t know what doesn’t.

The weakness in Gravett and Henning’s argument reveals itself when they claim that teachers who follow an overly methods-oriented curriculum run the risk of thinking “mostly about practice without grasping the complexities of a young child’s early learning”.

This fudges the issue. After more than 40 years in the profession, nearly 20 of which were spent in teacher training, I have yet to meet a teacher who was not primarily concerned with what methodology to use and how to use it to best address the “complexity of a young child’s early learning”. Methodology without a purpose is pointless.

Theirs is an old argument and is, in fact, based on little more than snobbery. Their assumption is that universities are better equipped to teach theory than the colleges, presumably because they view the staff there as of inferior quality.

But the staff responsible for teaching education theory at the premier colleges of education before their closure — and there were about 10 of the 102 that were able to hold their heads high in any company — were more than intellectually and academically qualified for the job.

In fact, the initial theoretical research leading to classroom practice in language and learning across the curriculum started at the former Johannesburg College of Education (JCE) under the late Graham Walker and was continued by his colleagues in the English department (where I taught).

Throughout the 1980s a number of language and learning conferences were held at JCE focusing on theoretical issues related to teaching maths and science. This activity was supported by a quarterly journal, Lengwitch, which attracted contributions from and was circulated to the academic fraternity throughout the country.

We were in a unique position in being able to test the language and learning theories (known by their abbreviations EL1 and EL2) we were developing both with our own student teachers in training and in the schools to which we had access during teaching practice.

One of the tangible results of this research was the production of a workbook for college students on language and learning across the curriculum. The English department at JCE was the first institution in the country to formally teach an applied linguistics course specially designed for teacher training.

This brings me to the second of their points and, in terms of column inches, the meat of their article: status. While it is perfectly true that going to university as opposed to a college of education — or of further training, for that matter — has always had a snobbish appeal in the popular (and not so popular) mind, surely one of the most important tasks facing everyone with an interest in education and the future of our country is to break that prejudice. It is as insidious as racial prejudice and as damaging. For, just like racial prejudice, it is a direct attack on an individual’s worth as a human being.

There are those in the academic fraternity who suffer from a bad case of hubris. They tend to dismiss those who cannot meet their exacting standards as inferior.

It is telling that, as I said in my previous piece, a Human Sciences Research Council study in 2005 revealed that many youngsters who wish to become foundation-phase teachers are intimidated by the demands that may be made on them by university study. This does not imply they are in any way intellectually inferior to those who opt for university courses, but that they have different priorities and interests.

While the study of theoretical issues may carry with it a certain social cachet, it is a misplaced prejudice that ignores the highly complex nature of intelligence and the ways in which it can manifest itself. This in no way implies that theory is unimportant, just that it should be seen in perspective to the task at hand.

Equally pertinent are the remarks made by Professor Richard van der Ross in his short piece. Here is a man who has had practical experience of running a college of education and who goes so far as to suggest not only a two-year diploma with a stipend in the third year, but also the lowering of entrance requirements. These are ideas worthy of consideration because his remarks are rooted in the real world of extreme teacher shortages and the disastrous state of the education system.

But most importantly, and I regret I did not make a similar comment myself in my article, he said: “Children in the foundation phase … need teachers who they get to know, who they can relate to, who care for them and who can give them more than instruction.”

Concerned as they are about the status of teachers, Gravett and Henning appear oblivious of the need for the human qualities of nurturing, intuition and creativity for successful teaching. These are real issues that defy debate about the relative value of theory and practice and one’s place in the world’s regard.

Significantly, Gravett and Henning make virtually no mention of children in their article. Children, for them, seem to be some sort of abstract concept with early-learning complexities. They seem more concerned with disinterring the old corpse of the “theory vs practice” debate and promoting a policy that is at odds with the democratic aspirations of our country, to say nothing of its human and economic needs.

One wonders why. Is this an attempt to protect their territory and hang on to the exclusive right to train teachers for reasons of power, prestige and position? If so, it is at the expense of the needs of children, the needs of schools and, ultimately, the needs of the country.