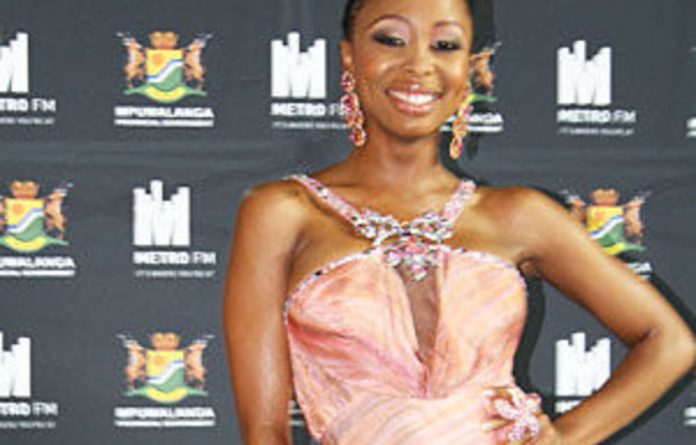 The 10th Metro FM Music Awards were held in Nelspruit at the beautiful Mbombela Stadium on November 27.

Mpumalanga welcomed thousands of music lovers from all over South Africa who made their way to the province of the pioneering spirit, as it’s also known.

The Metros are an annual South African music awards ceremony hosted by the music station to honour local musicians who have made musical strides in the industry the year before.

This year’s hosts were Metro FM DJs Azania Ndoro and DJ Sbu, who kept the crowd entertained and introduced the celebrity presenters of each category.

VIP guests
As VIP guests entered the Mbombela Stadium, pictures were taken before they walked on the black carpet.

Then there was a grand Harley Davidson motorbike contingent entrance, which had guests in awe.

Crowds erupted in applause, shouts and some cries when their favourite stars made their way into the stadium.

Sadly, Simphiwe Dana did not take to the stage to perform. However, she did go on stage twice to receive awards for best female musician and best contemporary jazz album for her latest release, Kulture Noir. Black Coffee’s Home Brewed album took home two awards; one for best-produced album and the other for best dance album.

Other winners included Professor with his album University of Kalawa, voted Best Kwaito album, and Jezebel, for song of the year.

The hit single of the year award went to DJ Kent with his song Let’s Fall in Love Again.

Then there were the outfits
Socialite Khanyisile Mbau never goes unnoticed and these awards were no different.

Mbau arrived at the awards dressed in a pink long dress with a high-rise slit and bling details before changing into a space-inspired costume to present an award, accompanied by two buff men on either side.

Dineo, also from the SABC 1 soapie Generations, looked dazzling in a short black number with a trail attaching to either side of her dress.

The Metro FM awards were established in 2000 and are broadcast annually as a TV special on SABC1.

A two-hour delayed broadcast of the 10th Annual Metro FM Awards will air on SABC1 on Sunday December 12 2010 at 8pm.