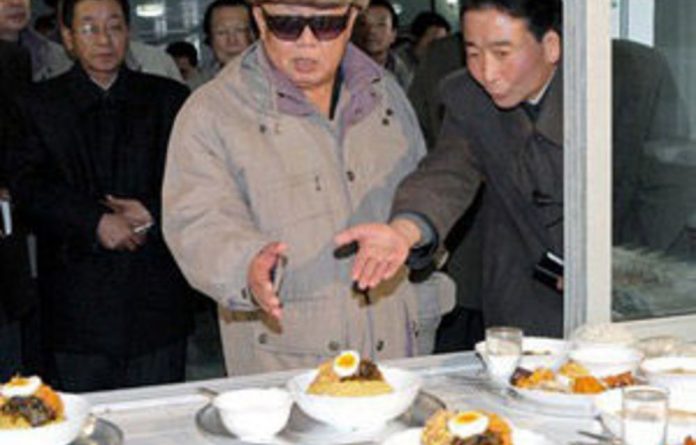 On Wednesday, South Korea’s spy chief said it was highly likely the isolated North would attack its wealthy neighbour again. Admiral Mike Mullen, chairperson of the US Joint Chiefs of Staff, said last week’s bombardment threatened the stability of the region, home to three of Asia’s biggest economies.

China has refused to blame its ally for shelling the South Korean island of Yeonpyeong which destroyed dozens of houses and killed four people, or for the sinking of a South Korean naval vessel in March.

“The traditional friendship of China and North Korea has withstood the tests of international tempests and changes and replenished itself over time,” Wu Bangguo, China’s chief legislator, told a visiting North Korean delegation, China’s main official newspaper, the People’s Daily, reported on Thursday.

None of Wu’s published remarks mentioned the recent confrontation between North and South Korea, or the long-running dispute over North Korea’s nuclear activities.

Both Beijing and Pyongyang were committed to “strengthening strategic communication” and economic cooperation, said Wu. They would “promote the constant advancement of friendly cooperation between China and North Korea”.

China, which said it would not play favourites in the dispute, has proposed emergency talks of the six countries — the two Koreas, China, Japan, Russia and the United States — involved in North Korean denuclearisation talks.

Director of the National Intelligence Service, Won Sei-hoon told a parliamentary committee meeting the North was likely to attack again once a US flotilla, led by a nuclear-powered aircraft carrier, had left the region after military manoeuvres with the South.

Talks was no substitute for action
Currency markets briefly wobbled on reports of a specific attack before the end of the year, but South Korean stocks and the won were higher. North Korea makes threats against the South on an almost daily basis.

Admiral Mullen said China’s push for new talks was no substitute for action.

“Beijing’s call for consultations will not substitute for action and I do not believe we should continue to reward North Korea’s provocative and destabilising behaviour with bargaining or new incentives,” he said in a speech. “China is uniquely placed to guide North Korea to a less dangerous place.”

The foreign ministers of the United States, Japan and South Korea are to meet in Washington on Monday to discuss North Korea. China is not included.

Some analysts say the attack was Pyongyang’s attempt to force the resumption of international negotiations that could bring it aid. Others saw it as an attempt to boost the military credentials of the country’s leader-in-waiting, Kim Jong-un, the youngest son of ailing leader Kim Jong-il.

The United States and South Korea wrapped up the four-day naval exercise on Wednesday. – Reuters