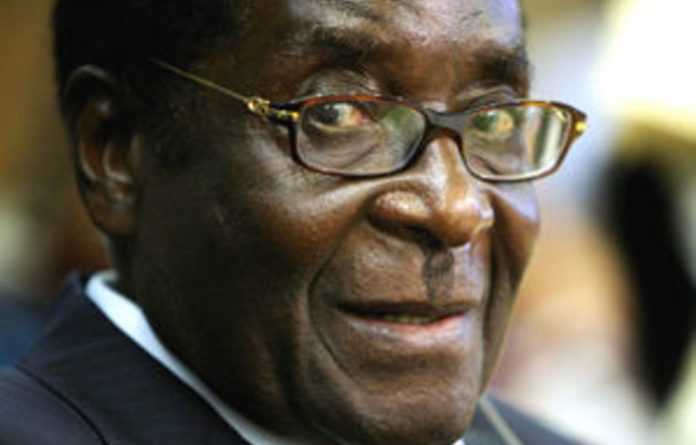 A leaked memo from former United States ambassador to Zimbabwe Christopher Dell showed US impatience to “do in” Mugabe, comments that have radicalised already hardening positions within Zanu-PF against its coalition partners.

Claims by WikiLeaks that Zuma’s international relations and cooperation minister, Maite Nkoana-Mashabane, referred to Mugabe as a “crazy old man” will cause some discomfort for Zuma in his interaction with Zanu-PF. But Mugabe’s party recognises the importance of not straining relations with the Zuma administration.

The party’s spokesperson, Rugare Gumbo, said on Tuesday there was no bad blood “among comrades”.

What will worry Zuma now is managing the tougher stance that Zanu-PF will adopt against opposition leader Morgan Tsvangirai and his Movement for Democratic Change (MDC).

Looking for a way out
Mugabe’s party is desperate for a way out of the coalition and the leaked documents, which suggest American support for the MDC, are just the kind of “evidence” the party has been looking for.

The “brilliant tactician”, as Mugabe is described in Dell’s memo, will use the WikiLeaks dossier to rally his hardliners for a stronger push to end the unity government, silencing the moderate voices from his party that may otherwise have urged caution.

Mugabe has spent years playing the victimised nationalist besieged by powerful white imperialists and the Dell memo is a godsend for him.

On Tuesday a smug Zanu-PF chairperson, Simon Khaya Moyo, said WikiLeaks confirmed what his party has always told the world.

“To us this is a day to smile, a day to say ‘here you are, we told you so’. This is for the MDC today to stand up and say to the world: ‘We apologise for having lied to you that we are for democracy; the truth is that we are puppets of the West,'” Moyo said.

For Oppah Muchinguri, head of the Mugabe’s fanatical women’s league, the Dell memo is evidence that “all the poverty and hunger Zimbabweans went through for the past decade” was caused by the West, on Tsvangirai’s bidding.

Free propoganda
This is not the first time the West has handed Mugabe free propaganda fodder. Last year former British foreign secretary David Miliband said that the United Kingdom would remove sanctions against Mugabe and his ruling elite only “on the advice of the MDC”.

In 2004 former UK prime minister Tony Blair embarrassed the MDC when he said he was “working with” the party and other groups to bring change to ­Zimbabwe.

Hoping to manage the fallout, the current US ambassador to Zimbabwe, Charles Ray, said in his condemnation of the leaks that “people of good faith recognise that diplomats’ internal reports do not represent a government’s official foreign policy”. But there is no question that the MDC has been stung by Dell’s assessment of Tsvangirai.

The opposition leader is described as brave and committed, but one not fit to govern in a post-Mugabe era, which Dell believed was “nigh”. Tsvangirai, wrote Dell, is “a flawed figure, not readily open to advice, indecisive and with questionable judgment in selecting those around him”.

“He is the indispensable element for opposition success, but possibly an albatross around their necks once in power.” Dell said getting rid of Mugabe would have been easier if Zimbabwe had a better opposition.

“Zimbabwe’s opposition is far from ideal and I leave convinced that had we had different partners, we could have achieved more.” America, he believed, had to take the lead in bringing reform to Zimbabwe.

The UK’s colonial burden restricted its influence and Europe and Australia lacked punch, while the initiative had to be grabbed from Thabo Mbeki’s South Africa, Dell said.

“Thus it falls to the US, once again, to take the lead, to say and do the hard things and to set the agenda,” Dell said. “We need to keep the pressure on to keep Mugabe off his game and on his back foot, relying on his own shortcomings to do him in.”