We are a nation crying out for help 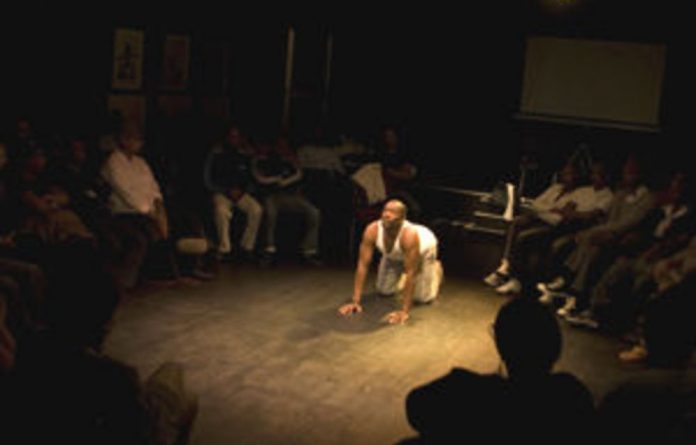 Yet another rape headline blazed across the South African media landscape this week. Now police are on the hunt for two serial rapists who have attacked 22 women.

One reportedly uses a firearm to force women into his vehicle where he blindfolds and fondles them before taking them to a field and raping them. The other poses as a taxi driver, raping women and then taking their belongings.

Just last month, a man accused of raping at least 12 women in Johannesburg was put behind bars. And, according to police spokesperson Lieutenant Colonel Lungelo Dlamini, there are 12 serial rapists making their way through Gauteng’s courts.

This is no surprise to researchers at Gender Links and the Medical Research Council.

They recently released a study which found that more than half the women in Gauteng have experienced some form of violence, with almost 80% of men admitting to perpetrating violence — either emotional, physical or sexual — against women.

The report reveals that one in four women in the province has experienced sexual violence in her lifetime, but that such violence is still regarded as a private affair. Fewer than 4% of those interviewed had reported the crime to the police.

Researchers into gender-based violence say the epidemic of rape in the country is the destructive consequence of apartheid, coupled with the country’s patriarchal society.

Research
Rachael Jewkes, director of the gender and health unit at the Medical Research Council, says the destruction of normal family life in South Africa has never been dealt with.

Irregular family structures, the absence of a biological father and exposure to abuse dictate a pattern for rape offenders. According to Sonke Gender Justice spokesperson Mbuyiselo Botha, the apartheid system made violence normal.

“South Africans are not revolted by the everyday acts of violence around them,” Botha says. “We have become paralysed by violence.” It is this history of violence that leads Shaheda Omar, deputy director of the Teddy Bear Clinic, to believe that South African society pretends to be oblivious of what is ­happening around it.

“We are all perpetrators,” says Omar. “By not reporting these crimes, society is also a perpetrator of rape.” With lax reporting structures and an unsupportive populace, she says, we’re a society crying for help.

Jewkes says that while it is difficult to compare rape statistics internationally — ours are extremely high, but many countries don’t have records that would allow for a comparison — what is known is that in South Africa the majority of rapes are perpetrated by strangers or acquaintances.

This is in stark contrast to worldwide statistics which say rape is most often perpetrated by someone known to the victim.

It was, sadly, no surprise to many when then-fired deputy president Zuma testified in court that his rape accuser sent him a number of sexual signals, including wearing a short skirt. Many men in the country didn’t blink.

Certainly not Malema, whose comment to students at the Cape Peninsula University of Technology in January last year — “When a woman didn’t enjoy it, she leaves early in the morning. Those who had a nice time will wait until the sun comes out, request breakfast and ask for taxi money” — landed him in the Equality Court.

“Fundamentally, what he is saying is a manifestation of a toxic form of masculinity,” says Botha. “It is the representation of a notion of what it means to be a man in South Africa.”

Instead of perpetuating rape myths, public figures should make it clear that rape can happen anywhere and that the rapist could be anyone.
“Men rape because they can,” says Botha. “Women are in a situation where they are the easiest available receptive target.”

Although patriarchy comes in many different forms, Jewkes says that in South Africa it generally manifests as a sense of sexual entitlement. There is a feeling that women are under the control of men and when they resist, it is legitimate to punish them.

“Enormous social space is created for bad behaviour among teenage boys,” says Jewkes, whose findings in a community-based study on rape perpetration and South African masculinity show that most men who rape admit to having raped for the first time while in their teens.

Omar cites as part of the problem employment equity laws which promote the advancement of women. She says the fact that woman have been given a chance to assume leadership roles that were historically given to men has caused some men to feel “impotent”.

“The laws, as beautiful as they are, have placed women in harm’s way because they were implemented without looking at the effects that they could have.”
The prevalence of rape is compounded by men feeling emasculated and finding themselves without the power they once possessed in the workplace.

“If the authorities could stop band-aiding problems all the time and look at the core issues, then some of our problems would go away,” Omar says.

Mandla Ndlovu, the programme manager of Brothers for Life, a national campaign that targets men over 30 and aims to address gender- based violence, suggests starting at community level.

Brothers for Life has held more than forty community dialogues across the country since the National Action Plan on Violence was launched in August.

“People would talk about how they would go into a shebeen and drink. They would buy drinks for a woman and having bought those drinks means that she must sleep with you.”

Often, the woman is blamed for ­getting drunk, notes Omar. “It is easier to point fingers out there because then we create a sense of security for ourselves.

“To minimise the impact, you hear comments about the sobriety of the woman, the clothes that she was wearing or that she was walking alone at night.”