Tsvangirai says no election without referendum 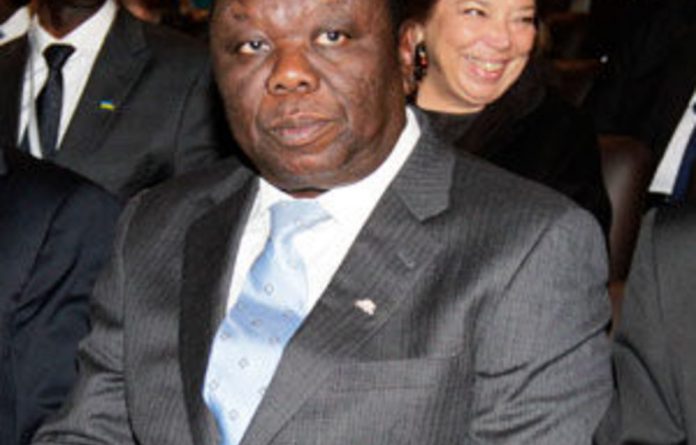 Zimbabwe Prime Minister Morgan Tsvangirai said on Monday that elections could not take place in his country without reforms and a constitutional review, despite President Robert Mugabe’s threat to call one next year.

Tsvangirai formed a power-sharing government with Mugabe after disputed 2008 elections, and both promised to work together to reform the Constitution and organise a referendum to approve it before new elections.

The power-sharing deal ended months of crisis in the Southern African country, which had been on the brink of collapse, but it has since been plagued by rifts following Mugabe’s refusal to consult Tsvangirai over key appointments and policy decisions.

Mugabe has said there is no need to extend the life of the coalition, which is up for review in February, and looks likely to call elections in mid-2011 without the new constitution that Zimbabwe’s Western donors are asking for.

“It is not possible to have elections in June next year because we need to have a referendum first,” Tsvangirai told Reuters in an interview in Brussels. “I don’t think at the moment you can conduct an election,” he said, adding that the country could slide back into the crisis and violence seen in 2008.

‘State-sponsored violence’
Analysts say a rushed election without political reforms, including a new constitution guaranteeing basic rights, would unfairly favour Mugabe and his Zanu-PF party, who have held power since independence from Britain in 1980.

“One of the fundamental issues we need to handle is the issue of violence. All elections so far have been conducted in a manner that is very violent … this is violence that is state-sponsored,” Tsvangirai said.

“When the police, army, militia, war veterans are used to intimidate, coerce, and cause torture and death to the people, that is the kind of violence we need to contain,” he added.

Tsvangirai said before any elections are held, the parties must accept a roadmap, agree on a constitution, organise a referendum and set up a functioning electoral commission.

“Once the roadmap is there, it will define the end of the coalition. The sooner we have one party in power with a clear mandate from the people, the better,” he said. — Reuters