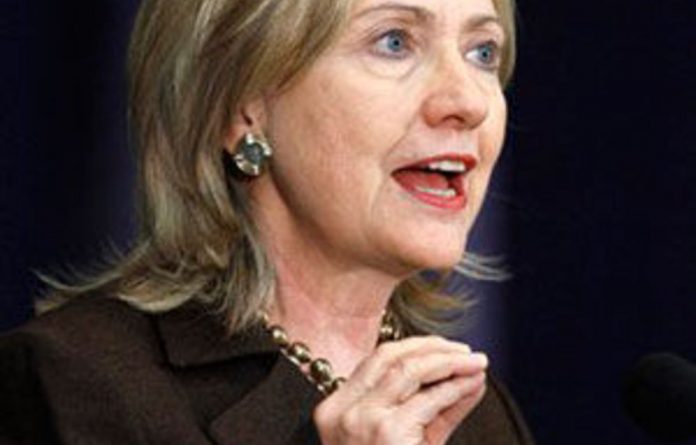 United States Secretary of State Hillary Clinton on Friday sought a clean start in Israeli-Palestinian peace talks by urging both sides to tackle “without delay” the core issues of their decades-old conflict.

Clinton made the appeal in a speech days after the Obama administration admitted it had failed to persuade Israel to renew a freeze on settlements in the West Bank, effectively ending direct peace talks launched three months ago.

She urged both sides to get to the heart of the issues dividing them even if they cannot agree to meet face-to-face because the Palestinians first demand a halt to settlements, both in the West Bank and East Jerusalem.

“It is time to grapple with the core issues of this conflict: on borders and security, settlements, water and refugees, and on Jerusalem itself,” Clinton told an audience that included key US, Israeli and Palestinian players.

“In the days ahead, our discussions with both sides will be substantive, two-way conversations, with an eye toward making real progress in the next few months on the key questions of an eventual framework agreement,” she said.

US officials still insist such an agreement settling the core issues can be reached by the original deadline of August next year.

“The United States will not be a passive participant,” Clinton said in her speech sponsored by the Brookings Institution’s Saban Centre for Middle East Policy.

“We will push the parties to lay out their positions on the core issues without delay, and with real specificity,” she said. “We will work to narrow the gaps, asking tough questions and expecting substantive answers. And, in the context of our private conversations with the parties, we will offer our own ideas and bridging proposals when appropriate.”

She acknowledged that direct talks were still required to reach a framework agreement, but she expected that both sides, after tackling some of the core issues, would re-establish enough trust to return to face-to-face talks.

The speech sought to overcome the hurdle posed by settlements, which have clouded the peace talks ever since President Barack Obama’s administration backed Palestinian demands for a halt to settlements nearly two years ago.

She now said settlements should be dealt with as part of efforts to determine the borders of a future Palestinian state.

Premature
The Palestinians, meanwhile, clung to their demand to end settlements on the land they want for a future state, including in East Jerusalem, which they want to be the capital.

Chief Palestinian negotiator Saeb Erakat emerged earlier from an hour of talks with Clinton, saying it was “premature to speak about a course of action” after the failure on settlements and again blamed Israel for the deadlock.

“The Israeli government had a choice between settlements and peace and they chose settlements,” Erakat told reporters outside the State Department.

Although Clinton now sought to relegate settlements to the debate on core issues, she said “their continued expansion is corrosive, not only to peace efforts and the two-state solution, but to Israel’s future itself”.

Clinton said the “most sensitive” of all the core issues was that of the fate of Jerusalem, which both sides claim as their capital.

“We believe that through good-faith negotiations, the parties should mutually agree on an outcome that realises the aspirations of both parties for Jerusalem and safeguards its status for people around the world,” she said.

Clinton said he will later visit a number of Arab and European capitals.

“The Arab states have a pivotal role to play in ending the conflict,” Clinton added. “They should take steps that show Israelis, Palestinians and their own people that peace is possible and that there will be tangible benefits if it is achieved,” she said.

US officials have urged Arab countries like Saudi Arabia to begin steps toward normalising ties with Israel, such as opening business links or allowing Israeli flights to fly over their territory. — AFP