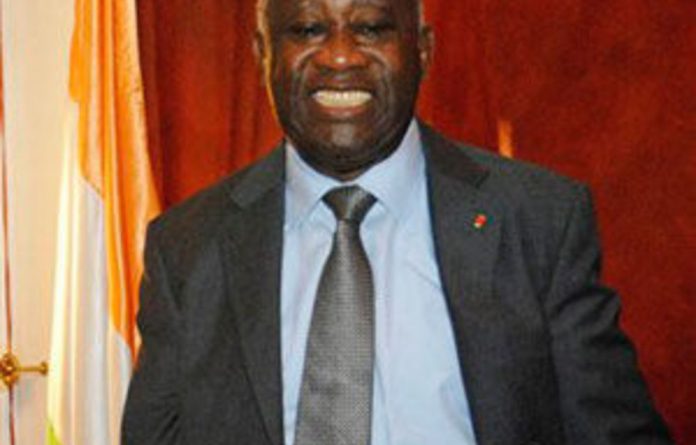 Laurent Gbagbo wants to “sit down and talk” with his internationally backed rival for power in Côte d’Ivoire , reports said on Friday, as he faced growing isolation after disputed polls.

With world institutions freezing him out as he clings defiantly to power, newspaper reports indicated Gbagbo had made the first sign of a move to tackle the potentially violent stand-off.

“Let’s sit down and talk,” Gbagbo was quoted as saying by papers, including state daily Fraternite Matin, in a nod to Alassane Ouattara, who has declared himself president based on a UN-endorsed vote-count.

“By next week I will be moved into my offices” as the country’s prime minister, said Guillaume Soro, the former rebel whom Ouattara has named to head his government, at a news conference on Friday at his base in an Abidjan hotel.

“The process under way to settle this is irreversible,” he said, making no comment on the reports citing Gbagbo.

Fraternite Matin quoted Gbagbo as telling traditional leaders that “there will be no war” in Côte d’Ivoire , despite widespread warnings that his stand-off with Ouattara could erupt into unrest.

The refugees said their move was “precautionary, prompted by fears of instability and violence as the political deadlock persists,” said UNHCR spokesperson Andrej Mahecic in Geneva.

Soro (38) says his government aims to secure authority over Côte d’Ivoire within days and upped the ante late on Thursday by issuing a statement demanding the military and civil service switch allegiance to Ouattara.

Gbagbo still has nominal control of the national military while Soro has a smaller army of several thousand northern New Forces (FN) troops behind him.

Soro, who was formerly Gbagbo’s prime minister under an earlier peace deal, has warned the FN could mobilise if Gbagbo does not budge, but stressed he is still seeking a peaceful solution.

The FN controls the north of the country since a 2002 civil war that split the country in two. For now, “the New Forces are vigilant, but they are not making any move”, said one Western military source.

Suspended
Key international players have demanded Gbagbo step aside, with the United States intensifying threats to squeeze him with sanctions.

State Department spokesperson Philip Crowley said on Friday they were looking for ways to increase the pressure on Gbagbo to step down.

Gbagbo has “the opportunity to be a statesman” by peacefully handing power over to Ouattara, who was elected democratically, Crowley said.

The African Union (AU) has suspended Côte d’Ivoire from its ranks until Ouattara is formally in charge, and the UN Security Council made a joint statement in his favour.

France said it was on alert to evacuate thousands of its nationals from its former colony if the situation turned ugly.

The UN has already ordered 460 non-essential staff out of the country and foreign companies have evacuated expatriates.

Gbagbo has held power for a decade in the West African nation, the world’s top cocoa producer.

He remained president after his term expired in 2005 as elections were postponed six times. The second round runoff was finally held on November 28.

The electoral commission results, endorsed by the UN, gave Ouattara victory, but Gbagbo’s allies overturned them, alleging irregularities. Both men then declared themselves president and formed rival governments. — AFP