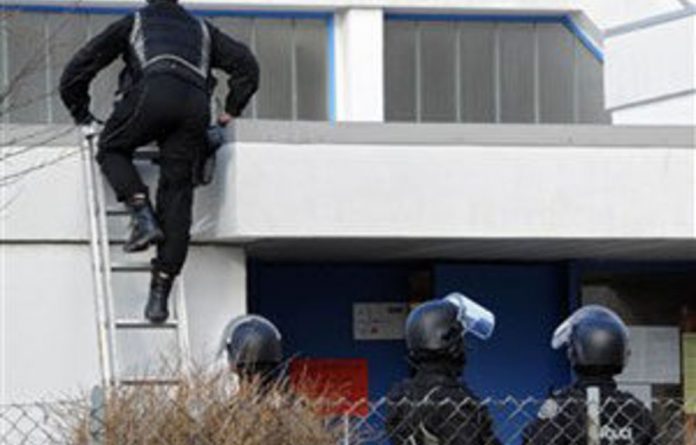 Half-a-dozen children and their teacher were released safely on Monday after being held hostage for four hours by a teenager armed with two swords at a nursery in the eastern French city of Besancon.

Officials said the man, whom one described as suffering from a personality disorder, had been arrested and was being questioned by police from France’s elite GIGN force.

“There is no more violence, it all went calmly,” Besancon mayor Jean-Louis Fousseret told iTele television. “This is a person who is in a very bad mental state,” he added of the hostage-taker, who he said lived locally.

The children, aged four to six, were wrapped in green wool blankets and carried away by relatives who had waited anxiously outside as police negotiated with the hostage-taker by telephone.

Brandishing swords
Officials said the young man turned up at the Charles Fourier nursery shortly before 9am local time brandishing two swords and mumbling that he “wanted something”.

He initially took about 20 children hostage, later releasing 14 of them, and finally letting the last half dozen go free just before 1pm.

His motive was still unclear, although Jean-Marc Magda, administrative head of Fousseret’s office, told Reuters he was known to suffer from depression and psychological problems.

“He has a personality disorder. Contact has been made with his doctor,” Magda said.

Education Minister Luc Chatel was at the nursery, which was cordoned off from the public. Other children and nursery teachers had been evacuated and taken to a nearby school.

Earlier in the morning, some of the evacuated children cried as their parents arrived to take them away, a neighbour said. — Reuters

Hopes over Covid-19 vaccines have given a boost to virus-weary citizens across the globe, but the disease remains rampant and world leaders are urging people to be patient
Read more
Health

France, Spain, the European Commission and Britain as well as the Bill and Melinda Gates Foundation have pledged money for equity in the treatment of Covid-19
Read more
Opinion

The richest 10% of South Africans own over 85% of all private wealth and a once-off 25% tax would reduce government debt by more than half. Imagine what a five-year wealth tax could do
Read more
Africa

France will test flying taxis from next year, say operators