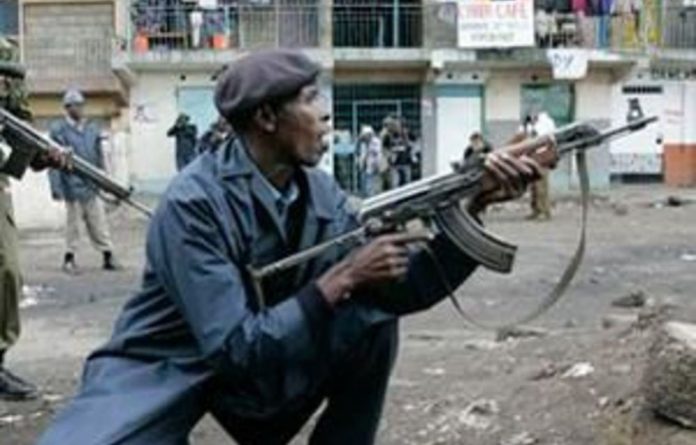 Prominent Kenyans named by the International Criminal Court (ICC) as masterminds of the 2007-2008 post-election violence proclaimed their innocence on Wednesday, but the move gave some victims hope that justice would be done.

President Mwai Kibaki reacted defensively after ICC chief prosecutor Luis Moreno-Ocampo Moreno-Ocampo said in the Hague that the six suspects were “the most responsible” for the violence that claimed 1 500 lives.

Kibaki made clear that the suspects should continue to be considered innocent and reiterated his government’s determination to set up a special tribunal locally to deal with the case.

Moreno-Ocampo said in the Hague that, in addition to the six main suspects, “There are many others … We concentrate on the most responsible … of course, Kenya can decide to prosecute more.”

Son of founder suspected
The most high-profile name on the ICC list was the son of Kenya’s founder Jomo Kenyatta, Uhuru Kenyatta.

As well as being a deputy prime minister and the finance minister, the 49-year-old is considered the political leader of the dominant Kikuyu tribe and a serious candidate to Kibaki’s succession.

“My record is clear and it remains very clear that I have never committed any crime,” Kenyatta told a hastily-convened press conference here.

“I now find myself to be a suspect. I am ready to respond to any allegations made against me.”

Kenyatta, also viewed as one of the richest and most powerful men in the country, is accused of mobilising a deadly criminal gang called the Mungiki during the chaos that erupted after the disputed December 2007 election.

‘Manifest nonsense’
Muthaura, considered the eminence grise of Kibaki’s party and a key figure in the regime, said he would have no problem defending himself in the Netherlands if the ICC judges met Ocampo’s summonses request.

“I will voluntarily attend the Hague and respect any request the judges of the ICC have,” said Muthaura, who is accused of planning violence against pro-Odinga supporters alongside Kenyatta.

“The suggestion that I have done anything to warrant criminal investigation is manifest nonsense. It amounts to unwarranted slur on my reputation and is both unfair and unjustified,” he said.

Henry Kosgey, who chairs the Orange Democratic Movement of Prime Minister Raila Odinga, was accused of being one of the main planners of violence against supporters of Kibaki’s party.

“He is innocent but will cooperate with Luis Moreno-Ocampo and the ICC,” his lawyer Julius Kemboy told Agence France-Presse.

Kosgey, who is also the industrialisation minister, “has absolutely no doubt in his mind that he is innocent and in due course he will be vindicated”, the lawyer said.

‘Not judged as guilty’
Kibaki issued a statement in which he insisted that the suspects should “not be judged as guilty” until the judicial process in the Hague is completed.

“The government will remain vigilant and ensure that the rights of its citizens and the dignity of the nation are upheld,” he added, echoing recent resentment in political circles over perceived interference in Kenya’s affairs.

The snap announcement of Kibaki’s victory against pre-poll frontrunner Odinga in the presidential election three years ago triggered riots that were fiercely repressed and soon deteriorated into nationwide tribal violence.

With the domestic process to deliver justice floundering, victims of the violence saw Ocampo’s announcement as a sign of hope that the culprits may indeed be punished.

“We have waited three years in this camp for this day and we hope that our search for justice starts now,” said Christine Ndida, a mother of four who lives in a tent in a camp for displaced people near the town of Naivasha.

“I urge all of Kenya’s leaders, and the people whom they serve, to cooperate fully with the ICC investigation and remain focused on implementation of the reform agenda and the future of your nation,” he said.

Obama, whose father was from Kenya, noted the progress the country has made since the unrest “moving away from impunity and divisionism toward an era of accountability and equal opportunity.”

“The path ahead is not easy, but I believe that the Kenyan people have the courage and resolve to reject those who would drag the country back into the past and rob Kenyans of the singular opportunity that is before them to realize the country’s vast potential,” he said.