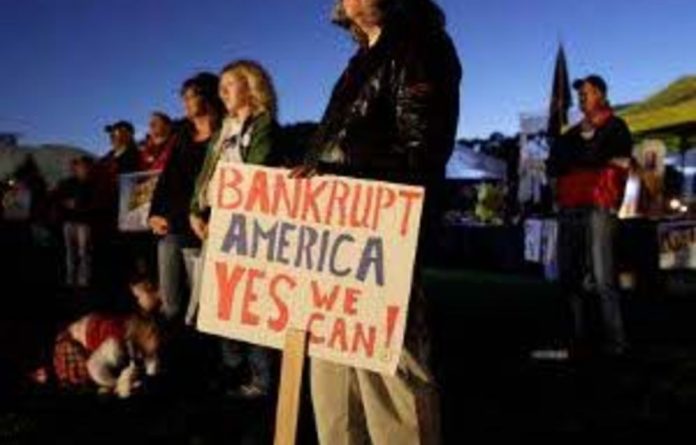 They are the online equivalent of enclosure riots: the haystack-burning, fence-toppling protests by peasants losing their rights to the land.

When MasterCard, Visa, PayPal and Amazon tried to shut Wiki­­Leaks out of the cyber-commons, an army of hackers responded by trying to smash their way into these great estates and pull down their fences.

In the WikiLeaks punch-up the commoners appear to have the upper hand. But it’s just one battle. There’s a wider cyberwar being fought, about which you will hear much less. And in most cases the landlords, with the help of a mercenary army, are winning.

I’m not talking about threats to net neutrality or the danger of a two-tier internet developing, though these are real. I’m talking about daily attempts to control and influence content in the interests of the state and corporations: attempts in which money talks.

The weapon used by both state and corporate players is a technique known as astroturfing. An astroturf campaign is one that mimics spontaneous grassroots mobilisations but which, in reality, has been organised. Anyone writing a comment piece in Mandarin critical of the Chinese government, for instance, is likely to be bombarded with abuse by people purporting to be ordinary citizens, upset by the slurs against their country.

But many of them aren’t upset: they are members of the 50 Cent Party, so-called because a Chinese government agency pays five mao (half a yuan) for every post its tame commenters write. Teams of these sock-puppets are hired by party leaders to drown out critical voices and derail intelligent debates.

I first came across online astroturfing in 2002 when investigators Andy Rowell and Jonathan Matthews looked into a series of comments made by two people calling themselves Mary Murphy and Andura Smetacek.

They had launched ferocious attacks, across several internet forums, against a scientist whose research suggested that Mexican corn had been widely contaminated by GM pollen.

Rowell and Matthews found that one of the messages Mary Murphy had sent came from a domain owned by the Bivings Group, a PR company specialising in internet lobbying. An article on the Bivings website explained that “there are some campaigns where it would be undesirable or even disastrous to let the audience know that your organisation is directly involved … Message boards, chat rooms, and listservs are a great way to anonymously monitor what is being said. Once you are plugged into this world, it is possible to make postings to these outlets that present your position as an uninvolved third party”.

The Bivings site also quoted a senior executive from the biotech corporation Monsanto, thanking the PR firm for its “outstanding work”. When a Bivings executive was challenged by Newsnight, he admitted that the “Mary Murphy” email was sent by someone “working for Bivings” or “clients using our services”. Rowell and Matthews then discovered that the IP address on Andura Smetacek’s messages was assigned to Monsanto’s headquarters in St Louis, Missouri. There’s a nice twist to this story. AstroTurf TM — real fake grass — was developed and patented by Monsanto.

Reading comment threads on the web, two patterns jump out at me. The first is that discussions of issues in which there’s little money at stake tend to be a lot more civilised than debates about issues where companies stand to lose or gain billions: such as climate change, public health and corporate tax avoidance. These are often characterised by amazing levels of abuse and disruption.

Articles about the environment are hit harder by such tactics than any others. I love debate and I often wade into the threads beneath my columns. But it’s a depressing experience as, instead of contesting the issues I raise, many of those who disagree bombard me with infantile abuse, or just keep repeating a fiction, however often you discredit it. This ensures that an intelligent discussion is almost impossible — which appears to be the point.

The second pattern is the strong association between this tactic and a certain set of views: pro-corporate, anti-tax, anti-regulation. Both traditional conservatives and traditional progressives tend to be more willing to discuss an issue than these rightwing libertarians, many of whom seek to shut down debate.

So what’s going on? I’m not suggesting that most of the people trying to derail these discussions are paid to do so, though I would be surprised if not a single one was. I’m suggesting that some of the efforts to prevent intelligence from blooming seem to be organised and that neither website hosts nor other commenters know how to respond.

For his film (Astro)Turf Wars, Taki Oldham secretly recorded a training session organised by a right-wing libertarian group called American Majority. The trainer, Austin James, was instructing Tea Party members on how to “manipulate the medium”. This is what he told them: “Here’s what I do. I get on Amazon; I type in ‘Liberal books’. I go through and I say ‘one star, one star, one star’. The flipside is you go to a conservative/libertarian whatever, go to their products and give them five stars …

“This is where your kids get information: Rotten Tomatoes, Flixster. These are places where you can rate movies. So when you type in ‘Movies on healthcare’, I don’t want Michael Moore’s to come up, so I always give it bad ratings. I spend about 30 minutes a day, just click, click, click, click … If there’s a place to comment, a place to rate, a place to share information, you have to do it. That’s how you control the online dialogue and give our ideas a fighting chance.”

More than 75% of the funding for American Majority comes from the Sam Adams Alliance. In 2008, the year in which American Majority was founded, 88% of the alliance’s money came from a single donation of $3,7-million. A group that trains right-wing libertarians to distort online democratic processes was, in other words, set up with funding from a person or company with a very large wallet.

The internet is a remarkable gift, which has granted us one of the greatest democratic opportunities since universal suffrage. We’re in danger of losing this global commons as it comes under assault from an army of trolls and flacks, many of them covertly organised or trained. The question for all of us is what we intend to do about it. It’s time we fought back and reclaimed the internet for what it does best: exploring issues, testing ideas, opening the debate. —

Comfort, speed and luxury all make the newest edition of the Range Rover worth all the fuss
Opinion