Race, class and the Dewani case 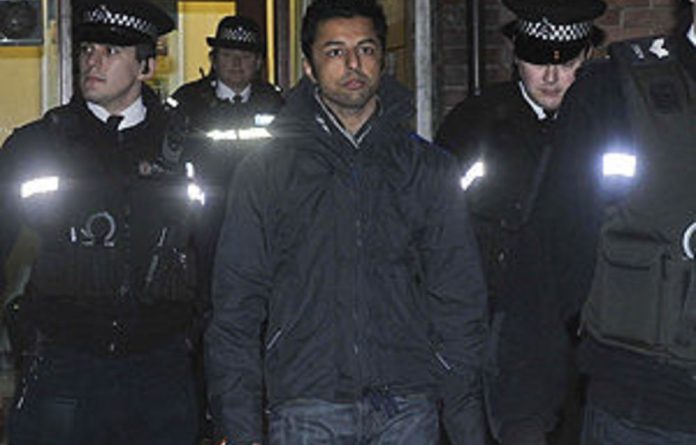 The Anni Dewani case has gripped the nation and created a media frenzy. Of course we can’t come to any final conclusions until all the allegations and counter-allegations have been tested in court.

But, though there may yet be surprises, on the basis of the information currently in the public domain, it certainly seems the police have a strong case against her husband, Shrien Dewani.

Still not clear is how an educated Swedish woman became so docile, not being party to any decision about the trip. Should we include in the dynamic the idea that she was not as docile as her husband would have liked and this contributed to her being murdered?

This case tells us a lot about our society and our world. For a start, if Shrien is guilty, this murder would be a transnational version of the various American murders in which white people drive to a black neighbourhood and shoot their wives on the assumption that the police and the public automatically assume black men must be responsible.

Racism is also present in the way in which some of the British media have responded to the case, assuming South African police to be incompetent and that an upstanding British subject such as Shrien couldn’t possibly have planned such a diabolical act.

If he is guilty, we have every right to be furious that he thought he could cover up such a heinous crime by making sure that it happened in Gugulethu — racism would be an alibi. But there is also the absolutely shocking reality that there have been 700 murders in the past five years in Gugulethu. In addition, a high number of women are murdered and raped in Gugulethu and other townships and this is often not reported.

Question of class
Here class enters the story. If there had been 700 murders in the past five years in Umhlanga Rocks or Sandton, the media and civil society would be up in arms. But in a class society, our lives don’t count equally and Gugulethu murders pass without much response.

This is one aspect of what the brilliant Hungarian scholar Anna Selmeczi has called the “social abandonment of the poor” in South Africa. The unequal state of education systems, the persistence of informal settlements and so on are other symptoms of this broader malaise.

By treating some lives as less valuable than others we have, as a nation, made ourselves vulnerable to the racism of the British media and, perhaps, Shrien too. The fact that one suspect has alleged police torture (increasingly normalised in post-apartheid South Africa in both criminal and political cases) has hardly helped our standing as a democracy.

Class also enters this story in that although there were moments during the struggle, especially in the days of the United Democratic Front, where many people took equality seriously, we have very quickly collapsed back into a rather extreme version of the sort of class society that equates money with virtue.

But you don’t have to look for people eating sushi off naked women to find this conflation of wealth and virtue. It is endemic in civil society, where it is routinely assumed that middle-class activists will enlighten the unwashed masses.

It’s also common in the media where the virtue of middle-class people is often assumed while that of poor people, especially poor black people, has to be proved over and over again.

Although rates of some crimes are higher in poor communities this is simply a result of a lack of economic opportunities there. Rich people in the same situation would make similar choices.

Moreover, even though rates of crime are high in places such as Gugulethu, most people in such places would never dream of committing a crime and are, despite their difficult circumstances, entirely decent.

Until we can separate our fear of crime, which is just one manifestation of our deeper fear of evil, from our prejudices around race and class, our thinking about the reality of human evil will continue to be infected by irrational prejudice. The reality is that you can be rich and British and yet be deeply evil. You can also be poor and African and be an entirely decent human being.

If we were without prejudice, every murder in Gugulethu would get the same attention as Anni Dewani’s tragic death. But that is a world apart from the reality of our society. We have a long way to go before we can call this society just or decent.