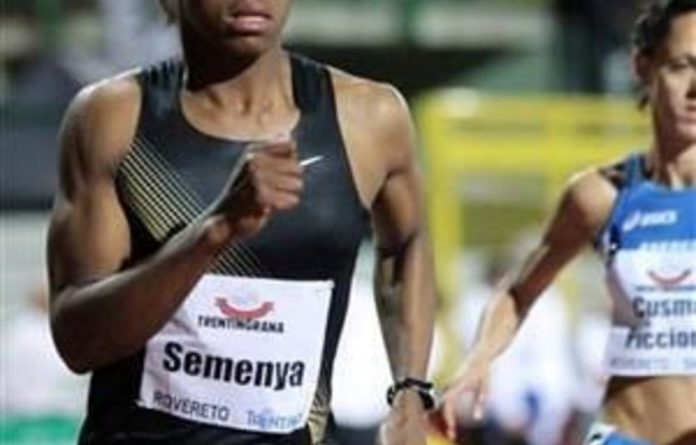 The South African Sports Confederation and Olympic Committee (Sascoc) will receive a final report in January on the outcome of the disciplinary inquiry into Athletics South Africa (ASA) chairperson Leonard Chuene and two other officials, it said on Tuesday.

Sascoc suspended the entire ASA board more than a year ago over its handling of the gender debacle surrounding Caster Semenya, after Chuene admitted lying about tests conducted on the athlete in Pretoria.

Sascoc took control of the ASA and called for an internal audit, which reportedly revealed financial mismanagement.

Chuene, vice-president Kakata Maponyane and ordinary member Simon Dlamini were the only three ASA board members not to resign.

Not present
In a statement on Tuesday, Sascoc said disciplinary hearings against the three were held between November 8 and December 13.

Although advised to attend, Chuene, Maponyane and Dlamini chose not to present themselves to the hearings, Sascoc said.

“The chairperson concerned will now consider all evidence presented and in so doing will write up his final report and recommendations,” said Sascoc CEO Tubby Reddy.

“This they will present to myself in January 2011. That report will in turn be presented to the Sascoc board and administrator for consideration in relation to implementation,” he said.

Last month, Chuene, Maponyane and Dlamini said via their lawyers that they would continue to fight the disciplinary charges as they believed Sascoc had no right to suspend them.

They were commenting after the South Gauteng High Court in Johannesburg dismissed their interdict to prevent disciplinary procedures.

They said they were preparing an application to review a number of Sascoc decisions, including their suspensions and the appointment of Sascoc board member Ray Mali as ASA administrator.

The three said they were vindicated when the International Association of Athletics Federations (IAAF) cleared Semenya for competition in July.

At the time, they said the charges had been served on their attorneys about a year after their suspensions.

“By the time the charges had arrived, Ms Semenya was declared a woman and was permitted to compete as one.

“Clearly, the basis for our suspension had become void. However, Sascoc was bent on continuing to justify its presence at ASA,” they said.

They charged that Sascoc had acted unlawfully in staging a “coup” to take over ASA.

The arbitrator, former chief justice Pius Langa, ruled that the Sascoc constitution fully covered the matters they had raised and the dispute was accordingly “not arbitratable”.

The three had claimed that disciplinary committee chairperson Norman Arendse would invariably have a relationship with Sascoc through his previous position as head of Cricket SA.

Sascoc handed control of the ASA to its newly elected board in November when new ASA chairperson James Evans said it was ready to tackle the new year despite the three vacancies on the board. — Sapa