Stroke of genius a bitter pill for inventor of glucose sensor 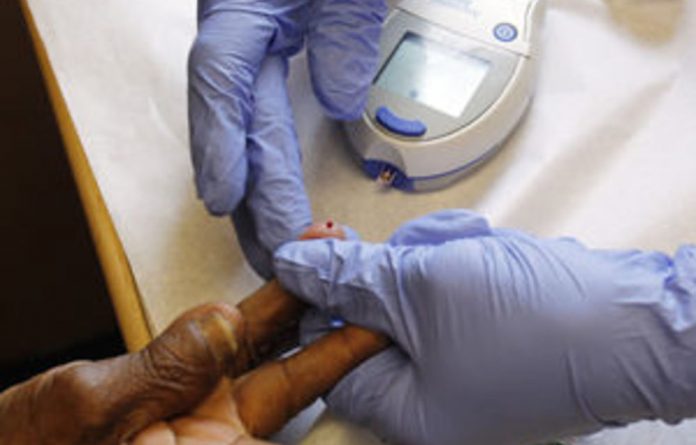 Walk into any pharmacy and you will see a shelf of life-saving products that would not exist were it not for Professor Ian Shanks.

If you are a diabetic you have particular cause to be grateful to this modest Scottish scientist.

One summer’s evening, aided by his daughter’s toy microscope, Shanks came up with an invention that has improved the lives of millions. He devised a glucose sensor, a simple and almost painless way for people with diabetes to measure the concentration of glucose in their blood.

His technological breakthrough is now used in diabetes testing kits sold by major medical companies around the world and has generated between $20-billion and $80-billion. But Shanks, who is retired and lives with his wife in Scotland, says he has never received a penny.

A fellow of the Royal Society, Shanks is now the reluctant David in a legal battle against the Goliath that is Unilever, his former employer.

Scientists around the world should be willing him on in a case that could belatedly assert the rights of inventors who fail to get any reward from employers that take ownership of their most valuable innovations.

The Patents Act 1977 includes a clumsily worded and yet impressively far-sighted piece of British legislation. It promises ordinary workers that, if they invent something from which their employer derives an “outstanding benefit”, they are entitled to a “fair share”.

This would, you might imagine, significantly boost innovation by ensuring that smart thinkers get rewarded if they make a remarkable invention during their working life. Yet until last year, the number of inventors who have successfully used this law to be rewarded is precisely none.

With their huge resources and apparent reluctance to share profits with individual employee-inventors, big companies have proved adept at avoiding this legislation.

Employees also face difficulties when inventions are transferred to connected companies, so that their actual employer does not get any direct benefit.

Although the Act has a special provision to tackle this, it was described by a court of appeal judge last month as so badly drafted it must have been “Friday night and past closing time”. But last year saw the first success under the law — two former employees of GE Healthcare, who devised a highly successful radioactive imaging agent, were awarded £1-million and £500 000 respectively in the high court.

Where it all began “Shanks’s story”
Shanks’s story begins in the 1970s, when he became one of the leading scientists behind the development of liquid crystal display technology – which spawned billions of LCD watches, alarm clocks, computers and televisions. His publications included the first research paper on 3D televisions. In 1982 he moved to Unilever.

He relocated to its research lab near Bedford and at first Shanks lived in digs away from his wife, Janice, and young daughter. “That gave me an opportunity to think about things but no opportunity to try things out,” he says. “Then, when we moved house, I had the chance to try things out when, according to my wife, I should have been decorating.”

Like most inventors, Shanks spent long evenings working at home, where Janice would “find all sorts of contraptions rigged up”. He does not know where his inquiring mind came from but he sees “connections where others see gaps. I would have ideas as to how something could be used to do something that had never been done before. It’s a curse as well as a blessing,” he says.

Shanks was honoured for his labours with liquid crystals by becoming, in 1984, the then youngest fellow of the Royal Society, aged 35. Over almost three decades, he submitted more than 70 patented inventions. Early on he realised painting bubble-wrap silver would make an excellent insulator.

This, he imagined, could line sleeping bags so campers would not die in extreme conditions. He tested it and filed a patent, but he did not earn enough to pay for his patent to cover every country so he had to drop the idea. Now you see silver bubble-wrap sold as loft insulation in home-builder stores.

Shanks’s big brainwave came shortly after he joined Unilever in the summer of 1982. He had a hunch that he could use mass-production LCD technology to make electrical or optical biosensors.

These measure the concentration of a chemical that is of biological or medical interest. If a liquid, such as blood, could be sucked into a cell between two glass plates – the same sort of technology as a liquid crystal cell – you could calculate the exact amount captured there.

And, if one of those plates was coated in a material that broke up the molecule you wanted to measure, such as glucose, you could determine its concentration within the blood. “I thought about it a while and I demonstrated it at home using glass slides from my daughter’s toy microscope kit,” says Shanks.

Whenever other inventors trying to make blood-glucose sensors devised measuring schemes, he says, “someone would then ask the killer question: how are you going to make hundreds of millions of these for a penny each? But I ran that process backwards. I started by asking what technologies allow you to make hundreds of millions of things for a very small amount of money each.

Silicon chips is one example; liquid crystal displays – small watch displays – was another. I asked: Could you use these technologies to measure chemical concentrations – and therefore measure something of medical interest to give a useful diagnostic or treatment indicator?”

The answer was yes, LCD technology could do it. Excited, Shanks took his discovery to his bosses at Unilever. “I was informed that the invention belonged to Unilever,” he says. Unilever filed a patent on it and claimed ownership. But to his disappointment, it showed little interest in developing it.

After years of doing nothing about Shanks’s invention, in the 1990s Unilever sold off licences relatively cheaply to unconnected companies to make his device. Around the world, the new glucose sensor proved vital and popular.

Glucose sensor has improved the lives of millions
Previously, people with diabetes could measure their blood-glucose levels only by using coloured test strips: they had to cut their finger, drip blood on to a strip and measure it against a colour chart – “which isn’t much good if you are colour-blind and have diabetes”, as Shanks points out. His invention required only a microscopic drop of blood and so became the basis of cheap, pain-free testing devices.

According to an independent expert engaged by Shanks’s legal team, if Unilever had asked for modest royalties on sales of blood-glucose sensors over the life of the patent, it could have reaped more than $1-billion. Instead, it earned £23-million, which Unilever argues is hardly of “outstanding benefit” to such a big company. For his part, Shanks received nothing.

After a year-long appeal to clarify the law, Unilever was asked to meet its costs by the court of appeal, which ruled that “fair” compensation for Shanks should be assessed in relation to the £23-million, which Unilever conceded was the direct benefit of Shanks’s invention to his employer.

Having originally agreed to this in principle in a letter from its solicitors in 2004, Unilever switched solicitors and subsequently claimed that, because of the transfer of the invention to Unilever plc from a subsidiary that was Shanks’s direct employer, the benefit to his employer was not more than a few thousand pounds.

This was dismissed by the appeal judges as “so absurd that it cannot have been intended” in law. But Unilever continues to argue that £23-million of risk-free royalties is not an “outstanding benefit” to a large firm.

Addressing the multinational and Shanks in his verdict last month, Lord Justice Jacob said: “I hope they can also now agree on what amounts to a ‘fair share’ for Professor Shanks.”

Supported by leading patent lawyers working on a no-win, no-fee basis, Shanks has spent “tens of thousands” of his own money on his case. It is stressful and not really how he wants to spend his retirement. He had a heart attack several years ago. “I cannot attribute it directly to this but it surely didn’t help,” he says.

Getting any money still seems a long way off. Next year his case must go before the Intellectual Property Office. Unilever could challenge its verdict again in the high court and the court of appeal.

A spokesperson for Unilever said: “We are pleased by the appeal court’s ruling, which found that Professor Ian Shanks is not entitled to a share of the potential income which he claims this invention could have generated. The matter of whether he is entitled to a share of the £23-million which was actually generated is a case which remains to be heard, and it is one we will defend strongly.”

“Unilever has now completed a complex and expensive circle,” says Shanks. “The court of appeal ruling is a victory for inventors employed in groups of companies where the invention may be assigned within the group.”

Shanks feels proud when he sees his invention on the shelves of chemists today.

“It was nice to have been one of the key figures in enabling LCD technology. It is nicer to have been able to help tens of millions of people around the world in controlling their diabetes. To me, it seems moderately reasonable that I might seek to get some fair share of the benefit that has been generated by that.”

If anything, though, Shanks is more disappointed that Unilever’s failure to fully endorse his invention meant he never got the chance to present his work in scientific literature. He fears his experience, and the potential stifling of scientific endeavour, is shared by other inventors labouring without fanfare in the commercial sector.

“Other scientists have had very similar problems,” he says. A few have accepted confidential out-of-court settlements. But Shanks hopes his public struggle will help ensure that “other inventors aren’t disenfranchised”.

Scientists and inventors do not work nine to five – most light-bulb moments do not spark up in offices but in inventors’ minds when they are having dinner or a shower or going for a walk.

“Thinking about it is really where the creativity and novelty occurs,” Shanks says. “If this creative input that enabled a multibillion-pound industry had come in music, literature or movies, it would be a copyright matter – and I’d probably be a much wealthier individual than I am today.” — Guardian News & Media 2010

What’s wrong with the TRESemmé advert?

Is ‘fine and flat’ a compliment or an insult? Depends who you ask...
Read more
Business

The Anglo-Dutch group, the maker of iconic brands like Marmite and Dove soap, will be headed from January by Alan Jope
Read more
Special Reports

American doctors say evidence suggests that circumcision is the kindest cut. But why then is it causing controversy around the world?
Read more
World

Common symbols can have a multiplicity of meanings from the mundane to the bizarre, writes Patrick Barkham.
Read more
Advertising
Continue to the category
Politics