The darker side of Indians 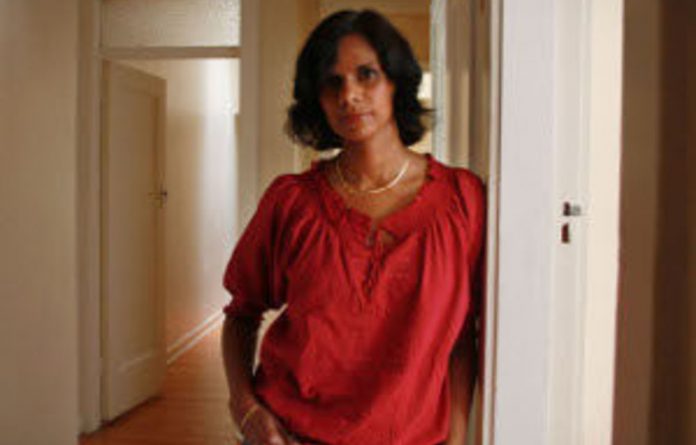 ‘Shut up you black bitch. I’ll slap you!” shouted the fair-skinned, plump girl.

Being on the lean side, I figured she could easily knock my teeth out, so I shut up.

The matric class of 1988 was making a racket and the frustrated teacher had stormed off, and I had commented: “We’ve just lost a lesson.”

The girl, from a Hindi-speaking background, picked on my skin colour because of the way she had been socialised. Being light-skinned symbolised superiority. Being dark- skinned meant that you were inferior and expected to play a background role in life.

I was a fourth-generation Indian teenager living in Pietermaritzburg. My maternal great-grandfather ran away from home in south India and made his way to South Africa for a better life. Being from Tamil Nadu, he was dark-skinned with the surname Moodley. My mother married a dark- skinned man of a Tamil-speaking background with the surname Pillay.

In my Pietermaritzburg community, intermarriages between the different groups of Indians were covertly problematic. Some groups considered themselves superior to others. Even among the Tamils there were those who believed that they were superior to others within the cultural group. So, although there was apartheid in the bigger scheme of things and Indians lived in their own suburbs, there were subtle prejudices within the groups based on class and colour.

For a large part of my life, I was exposed to conversations around “darkness” and “fairness”. As a young adult, I asked an elderly relative: “How was the wedding?”

The response was: “The food was divine. There was such a big crowd. The bride wore a stunning yellow sari because she was marrying a Naidoo boy. Only problem, she was dark. Shame, what to do?”

Some male family members were made to break off relationships with dark-skinned girls as it was an embarrassment. And when babies were born, a common question was: “Is the baby fair?”
Because I apparently belonged to the dregs in the pot of curry, the chances of finding an Indian husband whose intellect was whiplash sharp were slim. The intelligent men — even though some might have been very dark — had found light-skinned women, a symbol of success and high social standing.

If a smart Hindu man settled for me, it would probably have meant downgrading — an embarrassment to his family and a recipe for a heart attack for his matriarchal mother, for whom the ultimate disgrace was having dark grandchildren. I was not trophy-wife material.
Some female relatives played with skin lighteners in an attempt to be accepted. Their burnt, patchy faces are testament to a tragic group that aspired to be something else and failed. A few female family members still wear heavy makeup to look “fair” but end up looking grey, or more scary than Morticia Adams.

“If you are born Hindu, you automatically slot into the caste system”
Perhaps those family members who were obsessed with looking “fair” took their cue from India, which has an identity crisis. It is a country of wannabes where people want to be fair-skinned. “Fairness” is openly promoted through massive billboards on which movie celebrities advertise skin lighteners. This obviously encourages dark-skinned people to reject the colour they were born into. What does this do to their self-esteem and pysche?

Coupled with this, India has its own form of prejudice. If you are born Hindu, you automatically slot into the caste system. Those just below this form of social stratification are the untouchables or Dalits, who are branded impure from birth. In the past 50 years caste discrimination has been illegal and the government has made large strides in uplifting this 200-million strong group.

But discrimination is rife, particularly in the rural areas, where Dalits (who are deemed modern-day slaves) cannot attend the same schools as higher castes, drink from the same well or attend the same temple. They do the most menial of work and, if they try to purchase property or object to their women being raped and abused, they face violent attacks from the higher castes. This form of racism occurs in a country deeply immersed in religion. Will the higher castes be forgiven by their gods for their oppressive behaviour?

On a recent visit to India, United States President Barack Obama recognised Dalits, who now hold high-profile positions, and said subsequently that the US does not support a caste system and that anyone who is hard-working can make a success of him or herself in the US.

I have walked away from the dumb-ass colour issue in my Pietermaritzburg community and the tragicomic thoughts around superiority/inferiority because of one’s caste/colour. Yet in my previous workplaces I was not trusted entirely by some black colleagues because I married a white man and the Indian population is perceived as having a generous market share of creative entrepreneurs (read: crooked business people with shady political connections).

Some white people expect me to be stupid and obsequious. In various jobs I have held my views and expertise were not trusted. There is a pecking order and I need to know my place. White opinion is sought to validate the input of a brown woman. I smile and quietly retaliate by trying to upgrade my skills and knowledge base, and having a high tolerance for condescending behaviour towards me.

But what is most annoying is that some of the light-skinned Indian nationals I encounter don’t bother to engage with me, despite my attempts to talk to them. Some look at me as though I’m trash, despite the fact that I was born in this country, my country. Is it my dark skin (which I am rather attached to) that is getting in the way of things? If they perceive me as an untouchable, how do they view and treat black South Africans?

I laugh off the madness around colour and class with a nod to 17th-century poet James Shirley, who in his poem, Death the Leveller, says:

“There is no armour against Fate;
Death lays his icy hand on kings;
Sceptre and Crown
Must tumble down.

And in the dust be equal made
With the poor crookèd scythe and spade”
People may believe that they are superior to me because of their light skin, but we’re equal in death.

My Family
Now that my husband and I have produced caramel-coloured children, we are creating our own culture and values. We teach respect for humankind and animals, as well as the art of assertiveness. There has been the odd occasion of racial bullying at school, during which in one case a five-year-old boy at an elite northern suburbs preschool kept asking my son why his dad is white and he is brown and intimidated my child in the playground. This resulted in a stormy encounter with the defensive headmistress, who refused to involve the boy’s parents. My children will not be the target of racial bullying and neither will they bully others.

Despite this, we have found a comfortable space in society, mixing with like-minded people, regardless of their hue and status, but who are full of the milk of human kindness.

And in my northern suburbs Johannesburg home, I am far from the madding crowds in conservative “Indian areas” where there is curiousity about my children’s complexion.

Despite this country’s serious crime problems, I am South African, loving cosmopolitan Johannesburg and comfortable in my chocolate- brown skin.

I am grateful to my gutsy fore-fathers and mothers for coming to this country. And I got what I wanted: a frightfully bright, wonderful man, who accepted me voetstoots.

Twenty-two years have passed since I was picked on for being dark- skinned by a classmate. I am grateful to her for exposing me to the insecurities and madness of humankind. But I am relieved that the educated younger generations of Indians in South Africa do not seem to share their parents’ and grandparents’ prejudices towards dark-skinned people. Some of these young people seem to have transcended the colour issue. There is hope for the future.

I only wonder when the untouchables in India will be treated with dignity and respect, because they are human too – in all their different shades of brown.

Primarashni Gower is the editor of the Mail & Guardian publication The Teacher.

From South Asia with love